Here’s Proof Of Male Privilege In India’s ‘Glorious Past’ – Why Should Men Have All The Fun Even Now?

Indian society has been biased towards its boys and men since all our known history, as can be gleaned from mythology and sacred scriptures, as well as historical records. 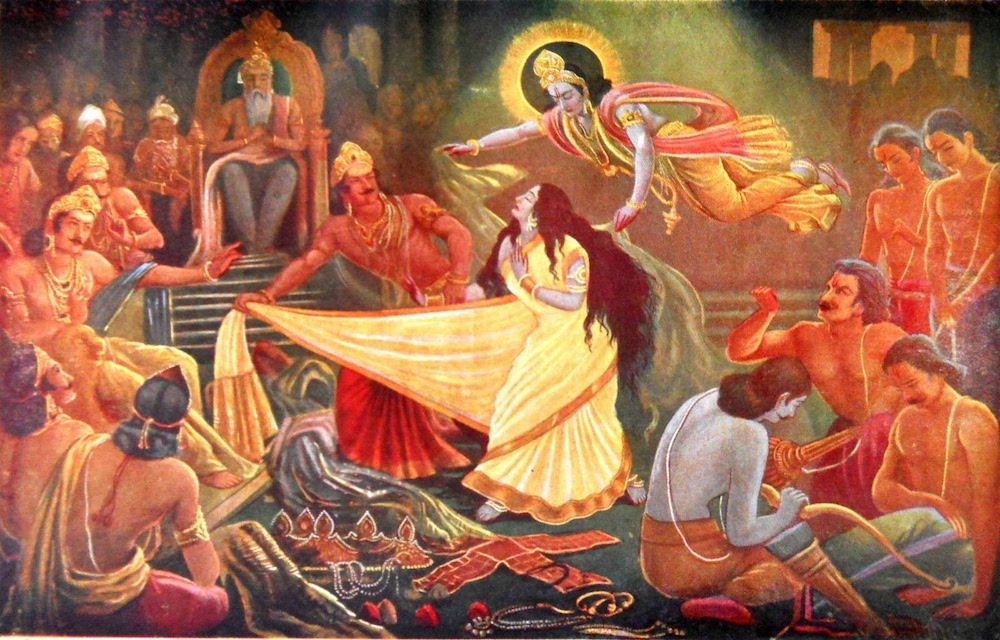 Indian society has been biased towards its boys and men since all our known history, as can be gleaned from mythology and sacred scriptures, as well as historical records.

Indians have always nurtured a distinct predilection for the Male child. Period. Look at our scriptures. There are references to a certain Putrakamyeshti Yagna – ceremonial fire worship that would guarantee a Son. Elders would often bless their favourite newly-wed bride thus: “May you have a 100 sons.” Of course that was purely fictitious. Nobody really ever had a hundred sons.  But it is the underlying concept – boys are sine qua non for a blissful family life– which I find irksome.

Why are women not mentioned in our epics and other literary works on the same scale as the men?  Most of the time, they are out of limelight, confined to a low-profile existence. If in focus, they are generally sent into a self-effacing mode. You have a mother forsaking everything for her children, or a wife giving her all to save her husband. There may be a sister who risks her life for happiness of her brothers.

Consider this. Even Maa Durga is portrayed as a defender of mortals from Asuras representing negative forces. Paradoxically, we worship Durga/ Kali/ Vaishnavi as Shakti– epitome of creative energy. Yet in our households; countless Durgas never see the light of the day or are brutally nipped in the bud. No voices are raised, no marches are held to protest against such inherent discrimination and cruelty.

The message is silent but clear: Woman, you are not wanted. You are lucky to be alive. So toe the line of your men folk. Play second fiddle to them. Men will always be on the forefront.

In every walk of life, it is Men, Men and Men all the time. Take a look at the commonest festivals. On Rakshabandhan why must only the sisters (read girls) tie rakhis on their brothers’ wrists? Standard answer: Boys are requested to protect and safeguard their sisters. It is also a token of affection. Ahh, so girls don’t require a similar token, right? Ditto for Bhai dooj which arrives a couple of days after Diwali. Again, the same logic: This is to pray for brothers’ well-being and longevity. Fine. But shouldn’t the boys too to pray for the sisters’ long happy lives? If they die early, who will tie the rakhi or apply the tilak?

Through Upanayana Sanskar (sacred thread) a Brahmin boy’s status is officially confirmed. I am tempted to ask: why no sacred thread for girls? Another rite of passage i.e. Mundan (tonsuring) ought to be equal since it is basically a cleanliness ritual. Wrong. Mundan for boys is a grand, gala occasion, whereas for girls it is a low key affair nay a taboo in certain communities.

Why are the bulk of vrat-upavas (fasts) heaped on women alone, e.g Karva chauth,Vat Savitri/ Hoi / Teej /Hartalika Teej etc. which women perform for the happiness and well being of their spouses and children? Would the sky fall if men try to observe fasts for the welfare of their wives and children? Come on, after all they are one family, aren’t they? Why is the onus always on women?

No parity is visible on Mahalaya (Hindu All Souls’ Day) either. On this solemn occasion which precedes Navratras, why are only oldest living males of each family allowed to pay obeisance to the departed souls/ ancestors? In case there in no living elderly men around, the departed souls do not get propitiated. Eh what?

Indian (Hindu) traditions have been horribly sexist and anti-feminist through the centuries. Inspite of their liberal outlook, education and modernism, Bengalis still cling to many a weird nuptial-related custom. One, before departing to the bride’s house the groom-to-be takes leave of his mother saying, “I am going to get a dasi/slave for you.” Can anything be more horrendous? A new bride is to be treated no better than a menial? Two, on the night of proverbial Suhaagraat, when the groom arrives in the bridal chamber he is given a ceremonial welcome by none other than the bride. She washes his feet with green coconut water and subsequently wipes them dry with her long flowing hair! Signing a memorandum of bonded labour?

Hindu wedding rituals always advocated saat janmo ka bandhan; the couple vows to live together as one until their dying day. And yet, the after-death (funeral) rites & rituals for the two sexes have been dramatically divergent. In earlier times, for instance, if a married woman (suhagan) died, before the funeral pyre burnt out, the priests would mandatorily ask him to re-marry, for the sake of his children. However if a widow even mulled a second marriage, the entire society would be scandalized. Many centuries later, this idea persists…modern widows need to weigh the pros and cons carefully before contemplating a second matrimony. In general a widow was considered an ill-omen, harbinger of misfortune and blah blah…She was forced to shed colourful (mainly red) robes, cosmetics and ornaments for good. Entertainment, luxuries and a non-vegetarian diet were forbidden. Such prejudices have so deeply permeated the fabric of society that even enlightened modern widows avoid wearing red or sporting a bindi.

Ever heard of a lovelorn widower following these practices to mourn his departed wife? Remember, how it was compulsory for widows to shave their heads or chop off their cascading tresses? How I wish some of the devoted, grieving husbands had thought of even symbolically parting with a lock of hair, shave their whiskers or sideburns? Would it be too great a sacrifice for the women who slogged for them, ran their households, and bore them broods of children? Logical. But such conditions could easily be waived because they were Men. Such glaring disparities hit you really hard.

All said and done, it beats me why Indian women of today are content with their secondary position in society. Would it not be worthwhile to carve out a new existence –  as women in their own right with a mind & will of their own?