As a modern woman and a married Indian feminist, it is my right to question redundant traditions and beliefs, that cause much grief in a woman's life! 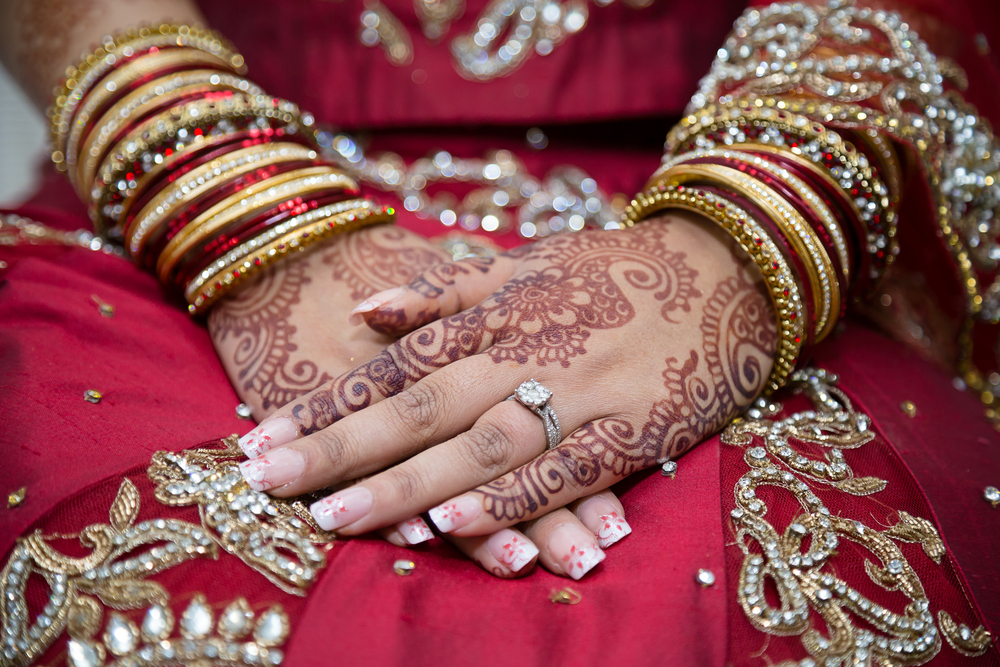 As a modern woman and a married Indian feminist, it is my right to question redundant traditions and beliefs, that cause much grief in a woman’s life!

I was reading about the significance of the tradition of fasting for male members of the family. Many may argue that they do it for love but I have failed to understand – how does a starving woman prove her love for her man?

The idea to do a pooja for my husband’s long life and prosperity has always bemused me. A tradition so devoid of rationality is celebrated with full fervour by women in the northern part of India for karva chauth. The traditional patriarchal set up does not allow much space to women like me who identifies herself as agnostic and feminist. At a young age I had questioned the existence of god and to my horror I was asked to do these male centric pujas and aartis after my marriage.

My refusal did send shock waves to many. The shock waves further multiplied when my husband stood by me against everyone’s wishes. I signed up for an equal partnership in our marriage and I will never do anything which makes me question my integrity.

As much as I can try respecting the choices some women make, I fail to understand why they are so critical of the different choice I make as a woman.

I came across well educated women writing articles on feminism possibly to grab attention, advising me on observing these traditions for respecting the elders. When I questioned them and intended to have a logical discussion on the subject, the answer was that modern women might not believe it, but a woman is a carrier of family traditions!

I did not want to get into this circular argument and decided to stitch my lips.

I now feel that my non-Brahmin spouse was never asked to wear janiau (the sacred yellow thread) which Brahmins wear. If marriages are about amalgamation of cultures, why do women become carriers of the traditions of their husband’s house?

There are moments when I question the existence of god but to seek an answer I will never ever make my husband the god. As much as we keep referring to ancient scriptures and traditions about women being goddess, we never let her become a human being with choices and have right to negate.

A curious (and truly innocently asked) question from friends and family baffles me, “how do you feel married when you are not observing any traditions meant for a married Hindu woman?” The simple logic that I married for love and companionship is a distant thought for them as the core of marriage is traditions and culture. I have understood that gender inequality is the foundation on which the culture stands.

Agnostic feminists, men or women, find themselves screaming in the vacuum about the redundancy of these traditions in their lives, their voice never making a slightest dent in the ossified patriarchal mindsets. I asked many of my male friends, “how do you feel about observing these traditions?”

Many of these modern cosmopolitan men do not approve of these traditions but they do not even oppose it.

A seemingly educated investment banker friend of mine told me that his wife does all this male centric pooja for him which he disapproves of, and he will never let his daughters get into this when they get married. This got me into a pensive mood. If a man can’t discourage his wife from fasting for him, how would he ever dissuade his daughters from observing these rituals? We can’t change our children’s lives if we don’t lead by examples.

Some others have started keeping the fast with their wives and the day is being celebrated as an Indianised version of Valentine’s Day. It may seem like equality to many. However the point to note is that a man still has a choice of not fasting but a woman is seen as an outcast if she refuses to fast. A tradition or culture which does not allow dissent or excludes women who have staunch opinions is a deterrent for the growth of the society as a whole.

A profound questioning on the genesis of these traditions has made me realize that inequality is the forte of many traditions. A woman as sister, wife or daughter carries the burden of honour and is the trophy of her husband. She starves for her life and he pretends to protect her honour in a society serving the needs of morons like him. A fragile starving woman giving a much needed massaging to the ego of a man is a goddess of sacrifice. Thus a woman doing anything but sacrifice is not feminine.

Diversity in womanhood is still unthinkable for many and they still stick to a parochial definition of the feminine which patriarchy has described. Family members also appreciate this arrangement as the man feels powerful and patriarchal notions are strengthened further.

What I find truly laughable is that men get these status and incentives just by having a chance combination of XY chromosomes during fertilization.

Patriarchy has defined gender roles in the most unnatural, dim-witted and obnoxious way. It does not allow even men to question patriarchy by designing such lucrative incentives without any hard work. While a husband who returns home drunk faces minor repercussions for his behaviour, a woman is expected to keep thirsty for the longevity of the same man.

Any cogent argument on the subject will make us unlearn a lot of social conditioning which has cemented these deep prejudices. The problem is willingness to even accept the irrationality backing this culture. While the colours and festivity associated with these traditions may fill you with joy, I urge you to pause and think about the fundamentals of these traditions.

During one of these festivals last year, I happily belched after a sumptuous meal in a restaurant where I stop by often for regular munching; I fond some people grinning and waiter asking me, “aapka vrat nahi hai aaj kya?” (Are you not keeping fast?) Mind you, as a woman, paying bill is not enough; you have to answer the tough question. I thought of giving a long lecture but I just said, “No. Bill please.”

It is tough to question culture and we are conditioned to apply logic only in a professional set up. While questioning and logic can provide numerous incentives to us in the professional lives, if applied in our personal life may come at the cost of ostracization, seclusion and in some cases harassment. Our culture has also taught that we are disrespectful if we disagree. We fail to recall that dissent has saved many civilizations from decay by helping in growth and evolution.

As a ritual for ensuring longevity of our lives, my husband and I go for regular health check-ups. A tradition which we started when we started living together helps us in monitoring our health better. While my husband has pushed me to successfully finish a couple of marathons when I struggled with hypothyroidism, I can proudly take the credit of helping him bring down his cholesterol level by following strict diet with him.