Activism by women in India has an essential place in empowering the lot of women not just among the educated, but also at the grassroots level. 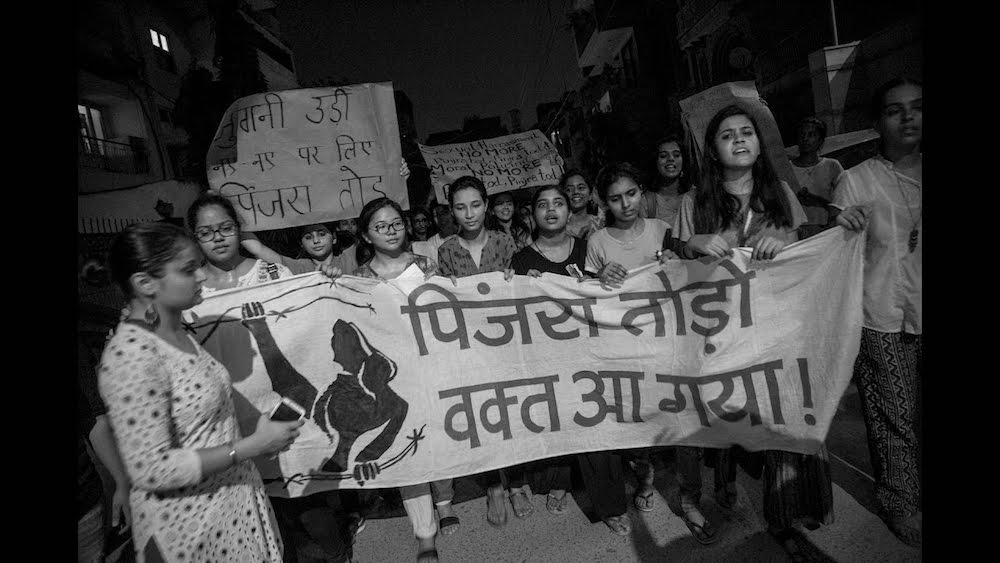 Activism by women in India has an essential place in empowering the lot of women not just among the educated, but also at the grassroots level.

Post globalization, India has transformed itself, discarding the moderately socialistic modes of governance and adopting the principles and practices of neoliberal capitalism. With the availability of the worldwide web and other means of communication and technology, Indian society has adapted itself to the new methods of connectivity to the world and embraced the altered reality of human existence. Social media spaces have a burgeoning presence of women who function at various levels, initiating debates, interacting, remaining mute yet supportive and sometimes emerging as the voice of the marginalized.

Indian women are placed in a unique position from the historical perspective. The huge presence and involvement of women in the struggle for Indian independence gave the necessary impetus for women in India to emerge as a powerful presence in the social and cultural discourses. Indian women functioned as home makers and bread winners and they also had their voices heard in the political institutions as citizens with the right to vote. But that did not alter radically the condition of women as they struggled beneath an oppressive patriarchal structure. Their voices were silenced by an exploitative system that was fundamentally misogynous in nature and the incessant struggle by women against the system where narratives of female sacrifices and glorification of women’s subordination has seen little progress since independence. Modernity has improved women’s position slightly in the urban middle and upper class, but the rest of India has not changed significantly in this aspect.

Social media spaces largely populated by the urban population in India emerge as a prominent platform for women to interact and debate and often challenge misogyny in various forms. Several women regularly post messages and images and update their status as responses to social, political and cultural debates and events. Women who belong to various vocations actively participate and often initiate healthy discussions on various topics ranging from current events to epistemological questions of great importance.

Speaking of the personal and the political

Content analysis helps us identify two categories, personal topics that delineate human experiences as a woman, as a mother, as an individual who attempts to capture life as it unravels before the woman. Here often intimate spatial experiences are narrated in an informal style endearing readers to the experience and several of these women have a huge number of followers online. But what is uniquely interesting is the presence of women who share not only their personal experiences but also responds to social and political and gender debates. Their contribution to social discourses is immense yet they do not figure significantly in the offline social spaces, though there are exceptions.

While major women journalists and activists exploit the medium as an extension of their work, other women use the freedom the space provides to be vocal and visible. The postmodern world that challenges the metanarratives has also annihilated the spaces that permeated ideologies to thrive resulting in a new form of activism that is formed for a particular cause, without any prominent ideological framework or leadership of a centralized nature.

Online and offline activism by women

This vacuum is being filled by online activism that brings together people who are bound together by similar perspectives or opinions on a particular matter. Women actively involved in online activism tend to gravitate together through social media and emerge as a collective in order to express dissent in various forms. Why Loiter is a program that began as an online campaign in 2011 by three women Shilpa Phadke, Shilpa Ranade and Sameera Khan and spread from Mumbai to all over India, which was later taken up in Karachi, Pakistan as well (“Loiter for Two Weeks”).

Why Loiter intended to capitalize on the social space and the possibilities it offers to women in countries like India to remain within perfectly safe domestic spaces and still express dissent and be audible to the public. The feeling of security it provides and the freedom possible within the virtual spaces helped women to grow as individuals, and Why Loiter campaign has succeeded due to this reason. The campaign asked women to reclaim public spaces and document them and share them widely over social media. It employed the hashtag #whyloiter and used facebook, twitter and instagram for the campaign. Pinjra Thod (Break the Cage) was another campaign by women which took to the social media platforms to circulate the message of greater freedom for girl students within educational institutions and college hostels.

With conventional media platforms often ignoring citizen’s voices and dissent getting marginalized in a hyper-nationalistic misogynist social environment, social media gains greater relevance and women’s unique positioning in the Indian social environment makes it perilous for her to raise her voice against authority in public platforms without the support of a powerful institutional framework. Her agency and subjectivity is constantly challenged by authority in every form.

In this context, another noteworthy social media campaign that spread across India is against the mob lynching that targeted minority communities in several parts of India. It was started with the hashtag #notinmyname by a female film maker Saba Dewan that soon became an event with people assembling in various parts of India protesting against the injustice and violence. The presence of women in large numbers in this collective expression of dissent made the campaign a successful one.

Women’s presence in social media as activists, as individuals with a distinct sensibility and identity of their own is an inspiring trend. Even though it is restricted primarily in the urban India and the hurdles in the form of online stalking and abuse of various kinds is ever present, women have emerged as cautious yet conscious online presence who will soon build itself into a force to be reckoned with.