Patriarchy, Power, Position: How Many More P’s To Justify Men Like Bill Cosby?

Why do we find ourselves and the media justifying men, particularly famous men, for their misdeeds, no matter how grotesque they are? 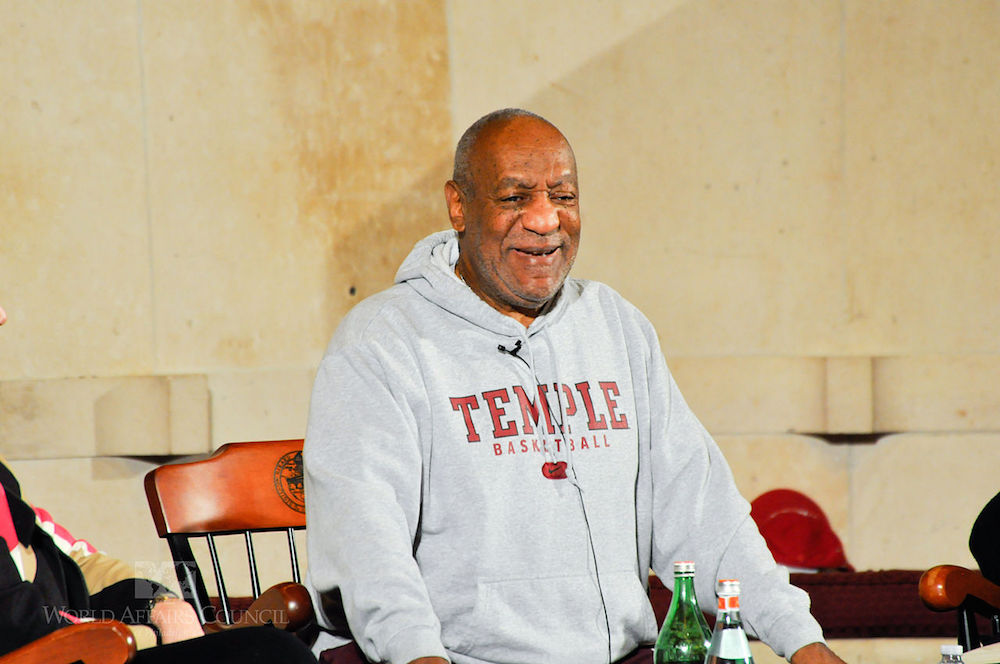 Why do we find ourselves and the media justifying men, particularly famous men, for their misdeeds, no matter how grotesque they are?

Patriarchy is the free sop that comes with masculinity. And, in simple terms, it is privilege. Our first lessons in patriarchy begin with our families. We are given specific roles to play, and our conduct is monitored carefully so that it is in line with these roles. And so, you have expectations of what men and women do – which leads to the creation of an unconscious bias on gender grounds. As we grow, with time, these views are only constantly reinforced and reiterated.

The manifestation of patriarchy as a privilege is something we can all see around us: be it in the higher pay that men derive for the same work, or in the form of male dominance over women in the household. But what’s exceptionally alarming is that this privilege is becoming a basis for us to condone men in the limelight for their misdeeds.

Take for example, Bill Cosby. Anyone who is following the case will easily be able to see the chinks in the armour, seeing as how Bill’s misdemeanour has been cast aside by several people as being the price he paid for talent. Interestingly, this narrative puts Bill in the slot of a victim, as if he was being wronged because of his talent. Take the other example of Woody Allen. Quite a number of people have chosen to brush aside his horribly violent and abusive behaviour towards women by citing his talent in the limelight as one gaining precedence.

If we look at feminism through an intersectional lens, it is also important that we look at patriarchy in such a nuanced way, too. Patriarchy is a one-size fits factor, agreed. But, a drunk and abusive husband in a hutment in Chennai enjoys the privilege of patriarchy over his wife in a relatively lower end of the spectrum as opposed to the privilege of patriarchy the likes of which Bill Cosby and Woody Allen (among others) have enjoyed, and continue to do so. In the latter case, celebrity becomes glitzy addition to the layer of patriarchy that offers them an unspoken amnesty and a sense of immunity.

Think about it: be it the French diplomat who got away with sexually abusing his own daughter, or the way Donald Trump bats off his vehemently inappropriate sexually abusive behaviour as locker-room talk, patriarchy helps these men continue their gender-insensitive behaviour, which is doubly safeguarded by another P – position.

Let’s take an example. In the Nithari case, during the initial trials, the Allahabad High Court acquitted Moninder Singh Pandher – the employer, while retaining Surinder Koli’s (the employee). The media portrayed Moninder Singh Pandher as being disturbed and lonely, as though such situations justified his behaviour or involvement in the horrific killings. Export this treatment of such convicts beyond the scope of this one case, and it becomes apparent that there is a pattern of sorts: we tend to condone inappropriate behaviour of men in substantial positions by passing it off as a price they pay for their talent.

When you put patriarchy into an equation where there is power, the understanding of its impact takes a different tone. It is what allows a film director or producer, a corporate big wig or any equivalent in a fairly high position to feel entitled to the body of a starlet hoping to make it big or an employee trying to climb the rungs of the corporate ladder. This power-patriarchy dynamic is a representation of a chain of command that carries power with it. This power can take virulent forms and has often been used to silence dissidence or anything that is not acceptable.

This is but a grim reminder that misogyny and patriarchy prop up the sense of entitlement men feel to a woman’s body. There is a constant assertion and reassertion of the notion that a woman’s body is public property, and that any man can hop on the bus of entitlement and lay claim to it.  The onus is repetitively always on the woman to get out of these situations, to avoid these situations and to save herself.

To this effect, it remains clear that a man seems to be absolutely unrestricted and that he can do what he wants, making inappropriate sexual advances included, while it is for a woman to avoid being subject to it. This is doubly guaranteed when one is in a position of power. And so, we continue to allow a cycle of impunity to thrive, without questioning what is obviously, basically, patently wrong, by condoning those in power.