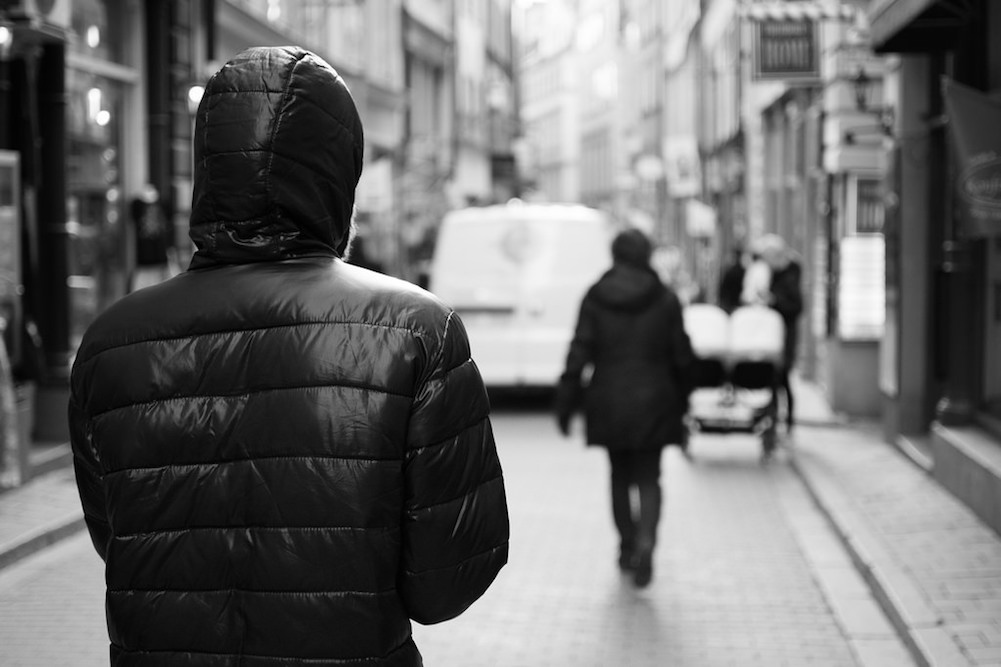 This experience with stalking made me believe that being badly groomed could sometimes actually work as a blessing.

In September 2008, I moved to a PG at Salt Lake with two big size luggage bags in my hand and big dreams in my head. My father felt happy and proud at the same time, as I had managed to get a job in one of the leading MNCs immediately after completing my B.Tech.

This was not the first time I was staying away from home. I had stayed in a hostel for the last 4 years. Life is always on the fast track in big cities, and coming from a small town middle-class family, I was always focused on my career.

The first few months in the company were the best time for me. On the first of each month, as soon as the salary was credited to my account, I felt even more motivated, energetic and independent in my heart. On weekends I went out for late night parties without any restriction from my parents. Office and studying for my corporate MBA occupied up my whole day.

Life was going at its own pace but suddenly a call from a known voice turned my life upside down. It was Sam bhaiya, a senior from my college, and the boyfriend of my college hostel-mate Ushoshi.

The first question that came to my mind was how he had got my number. But in a calm voice, he ignored my question and said that he wanted to plan a surprise on the eve of Ushoshi’s birthday. I was not surprised because the next day it was her birthday, indeed. But I had office couldn’t take leave without prior information. So I agreed to go to her place before I went to my office, around 7.30am.

I called up my then boss and told him I would be late by an hour. Everything was planned. On the next morning I got ready and was about to get out of my PG when suddenly I received a call from Sam bhaiya who wanted me to carry a cake he had ordered.

Truly speaking, Sam bhaiya had a bad image back in my college so I didn’t want to go with him. Many times, I had hinted to Ushoshi to call off their relationship. But I could not refuse his request to help him in plan the surprise for Ushoshi, and I got on his bike with the cake. After some time, I realised that we were going to some other place. I had been to Ushoshi’s house thrice so I knew the way. I wanted him to stop the bike but he wouldn’t, so then I told him I was going to call Ushoshi.

As soon as he stopped his bike I got down. He came near and grabbed my hand. I used a special technique, taught by a batchmate, to free my hand and flee away to the other side of the road. I was looking for any transportation that would take me to my PG and boarded a taxi.

This was the greatest mistake I had ever made. Things were never same after this incident. After reaching my PG, I started thinking that I should not have gone with him in the first place. Then I got a call that he was waiting for me in front of my PG. Clearly, he had followed my taxi to know my location. I gathered all my courage and asked him why he was doing this to me? He calmly replied that he had started liking me instead of Ushoshi! How could he even think of such thing for somebody who called him bhaiya (brother)?

I disconnected the call and called Ushoshi to tell her everything from the beginning. She believed me and agreed to meet me and sort out the issue. Then, as usual, I went to the office. On my return from my office I spotted someone was waving at me, and to my horror, it was Sam bhaiya! Now he had also come to know where I was working. I reached my PG and it was almost 7 pm. I saw a man with a Royal Enfield bike, standing next to my PG. I kicked and knocked the door so hard, the cab driver might have thought of me as a mad woman. All I want to do was get inside the PG before the cab left.

He now started calling me at all odd hours. When I didn’t pick up his call he started requesting other girls entering the pg to call me. Finally, I had to receive the call. I begged him not to follow me or call me. He coolly replied that I had no choice. Again, I called Ushoshi and asked for her help and this time she told me that she didn’t want to meet me and it was all my fault. I believed she knew that Sam couldn’t be controlled by anyone.

I had a very close bond with my current roommate Satty. She suggested that I go to the police. Was it going to harm my reputation at my work place? I was afraid of the fact that I was all alone in this city, not even a boyfriend or even my parents were there to protect me. Losing my job was my worst nightmare. Sometimes, I felt like to committing suicide. He kept following me to the office and back to my PG and called me several times in a day.

Totally frustrated, I could not concentrate on studies and was even afraid to get out of the PG after office hours. Tension and fear started to take a toll on my health. My office colleague start asking me about my ill health. Someone said I looked pale. I stopped talking and would cry alone.

One day, during my corporate MBA classes, while explaining marketing policies my lecturer told us we all are like products: we should smell good and look good in order to chosen by clients. I got a crazy idea. I was not sure whether this was going to work out or not. But I thought of giving it a try.

From the next day onward, I started dressing like a geek. Started wearing unironed dirty old clothes. Then one day while going to office I went to him and asked him when he was going to stop following me. That morning I didn’t brush my teeth and had onions the night before just for that special meeting. I would carry a brush and paste in my office bag. You can understand how awful it was to enter office in such an untidy, ungroomed state. But I did it. Every day I start oiling my hair and tried to look as tacky as possible. I used a combination of kajal and hair oil as daily face cream and used toothpaste to wash my face before entering my workplace. The washroom was the first place I  would go to after entering the office premises.

One day, Sam bhaiya, out of his curiosity, asked me why I didn’t put makeup like other girls. I was prepared with the answer. All I said was ‘See Sam, this is the real me’. I started picking my nose when I knew he was around. Sometimes I would talk total rubbish on the call with him.

That time there was a guy, Kamal, working with me at my office. We were good friends but all of sudden Kamal had no idea how came a stylish woman like me turned into an ‘ugly’ one.

After a few days, I took leave and went back to my hometown by an early morning train, and called Sam to inform him that my company had put me on an unpaid bench and that I didn’t know when I was going to join again. Then he replied exactly what I wanted to hear from him for months: that I was a total waste of time for him and he was over me.

After returning from home, I kept going to the office like this for months. I was afraid to wear short dresses, to look pretty and stylish. I always looked out for any Royal Enfield that might be following me. Whenever I heard that typical sound of a Royal Enfield I never dared to look at the rider. I felt proud when some called me ugly because ‘being ugly’ was now a blessing for me.

After this incident, Ushoshi and I never spoke again. Am I ever going to let her know about this? What will she say after knowing this? What was her part in the story? Why did she refuse to protect me? These are some questions I don’t have any answers to.

And I Realised The Truth Of My Mom’s Words: “Jab Khud Ma Banogi, Tab Pata Chalega!”