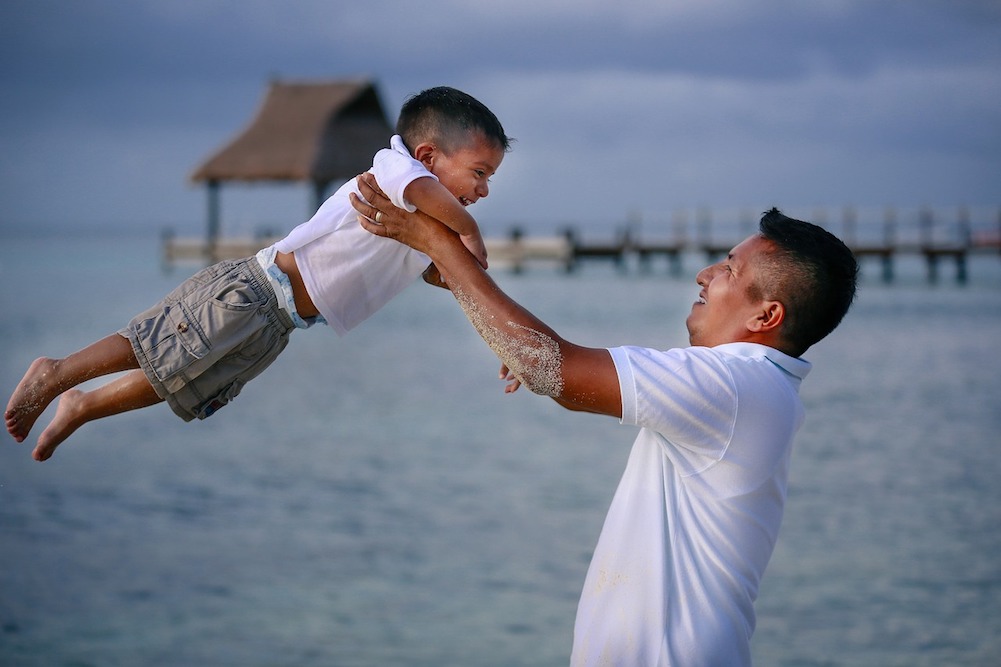 What Dads Today Have To Say About Being Hands On Dads – Do You Have Any In Your Life?

Are hands on dads a modern concept or have they always lived amongst us, sans labels? Or did those of us who grew up with them get lucky?

A few years ago, I was on a family trip when I heard my father-in-law catch up with my sister-in-law about her schoolmates. He would start saying a name, the full name of the former friend and then ask her where she was based. He knew the full names of all her classmates from more than fifteen years ago and he also knew the academic streams they had chosen. I was quite impressed by how he had taken the pains to remember each and every child his daughter had interacted with.

Cut to earlier this year, when I had a high school reunion in my hometown. My father, who came to pick me up, knew all the ‘kids’ (in a manner of speaking) who had turned up. He even remembered parts from my school life that I myself had forgotten. These men to me are truly hands on dads.

But what was interesting to me is that these fathers from the previous generation did not think their parenting style was anything out of the ordinary. Yet, today when mothers from my generation lament about motherhood and parenting taking over their lives, I wonder if Dads are not as hands on as they used to be.

Is it the fathers of today who are reluctant to be as involved, or is it circumstances, read as an increasingly gender-conditioned society that makes it harder for them to jump right in? Many fathers I spoke to felt as if mothers were almost unanimously seen as the alpha parent whether they wanted it or not. Fathers often felt this the most when their child started school and when they were thwarted from taking part in school related activities thanks to the almost exclusively Mom-run Whatsapp groups.

Some hands on dads speak

Sid Balachandran, an independent writer and stay at home dad to a five-year-old son says that he was never included in the school Whatsapp group. He says, “I am part of the information dissemination circle, so to speak. But that’s because I’ve nominated myself to be the primary parent in my son’s school. But the WhatsApp and other groups are all predominantly organized by mothers. And the strange part is that these are often voluntarily started by mothers, and not dads. So once again, I have to stress on the point that our conditioning is wrong. In fact, in my son’s previous school, I did ask the mothers’ group if I could be added too. The answer was a resounding NO. I think they were taken a bit by surprise because I don’t think any other dad had raised that question before.”

Shoumitra Sen, a market researcher with two sons, echoes his sentiment when he talks about how difficult it was to get to be included in the school Whatsapp group. He says, “I had to bear quite a bit of assault from the mums. Where they had questioned the involvement of dads and how a Whatsapp forum is a waste with a dad as he’d probably be passive.”

Sagar Rajgopal, who works in senior management in an MNC and father of two children (and my husband) says, “The problem with dads not being included in school groups perpetuates the stereotype of parenting being a mother led role. Both among parent groups as well as children themselves. The best way to raise a generation of humans who believe in a more equitable distribution of parenting roles is to display that to them in action whilst they are children. And small steps like these are crucial to that.”

That being said, school groups are but one aspect of parenting. Raising children is so much more than coordinating school-related activities.  What about life beyond school? Do the Dads of today discuss important matters with their child and why do they think it matters?

Sid Balachandran has this to say, “My son has just turned 5. I do discuss some topics with him, but he’s not at that age yet where he understands all of them. However, I believe strongly in the ‘monkey-see-monkey-do’ philosophy when it comes to parenting. So for instance, while this may not be considered as a ‘matter of importance’ on a global stage, when he sees me doing things around the house that some books (and even adverts, movies, videos) demonstrate to be traditionally a domain of mothers, I believe it reinforces the concept of gender equality in a household. So yes, while we may not be talking politics or what happens around the globe, we do incorporate little discussions and lessons through our daily activities.”

Soumitra says that he discusses everything with his sons who are four years and nine months, respectively. “More with my elder son of course. And it’s not just issues, it helps to tell them what’s going on around them because they in all likelihood don’t understand things the way we do. I even tell them where we are going, what we would be doing, why we’d be doing those things, etc. Dialogue is one of their lifelines out of insecurities and confusion.”

Sagar, whose children are five years and twenty-one months old respectively, says, that, “It’s vital for dads to be involved in important conversations to help reinforce a message that both parents not only consider a topic important but are also aligned on their thoughts around it.”

It was heartening to get these enlightened responses from these obviously hands on dads, yet the truth is we still have a long way to go till parenting truly becomes an equal gig. While there are hand on dads like the ones I talked to, who wanted to get involved in every aspect of their kids lives there are also those who still think that raising children is entirely a mother’s job. And sometimes it is the very institutions that we expect will teach our children about gender equality that end up pushing gender stereotypical norms on us.

Soumitra mentions how at his elder son’s school orientation the school only addressed the mothers. This is an experience many mothers and fathers relate to and it ends up squarely putting all the responsibility on the mothers’ shoulders while it prevents already hesitant fathers from stepping in. And yet, the only way we can make parenting a truly equal responsibility is by ensuring that we nurture existing hands on dads and hope to recruit more into the club.

Shweta Ganesh Kumar is a Novelist, Award-winning Blogger and Founder-Editor of The Times