Lady Diana, The People’s Princess. A Strong Woman Who Lived Life On Her Own Terms

Princess Diana. She passed away in 1997, 20 years ago today, in a terrible car accident that has spawned hundreds of conspiracy theories. 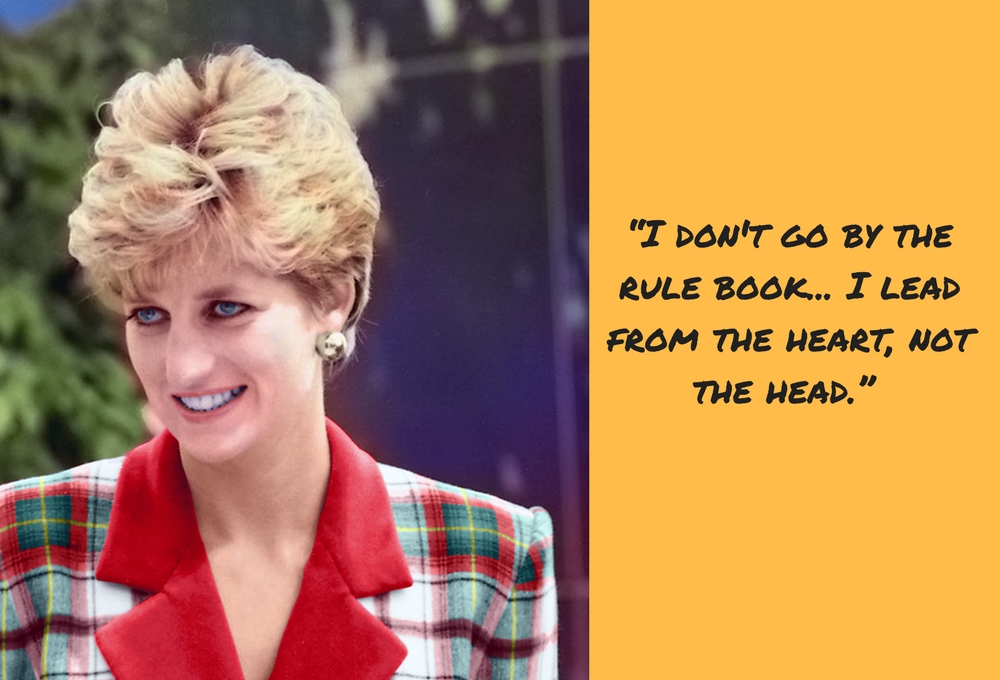 Lady Diana. She passed away in 1997, 20 years ago today, in a terrible car accident that has spawned hundreds of conspiracy theories.

She was beautiful, charming, gorgeous, elegant and THE style icon for the world, the most photographed woman, with a contagious smile. Princess Diana was praised and celebrated by the masses for her charity work, beside being a member of a royal family.

Born in the British Nobility with Royal ancestry, she became known as Lady Diana Spencer. She married the most prominent and most desired bachelor from the Royal family of England, Prince of Wales, Prince Charles. And that brought her into the limelight, becoming the hirer of legacies of the highest British nobility. She bore the titles, Princess of Wales, Dutchess of Cornwall, Dutchess of Rothesay and Countess of Chester. She was mother to two boys, Prince William and Prince Harry.

It was said about her that despite being from the British nobility, she was not really accepted in the family as a daughter in law.  She was deferred by the family because of her single-mindedness on her ideas of propriety, which she showed from the day of her marriage. On her D-Day, she did not say that she would ‘obey’ her husband; that traditional vow was left out at the couple’s request.

Lady Diana gave her sons wider experiences than was usual for royal families. She often insisted on her own ways of parenting, which was a departure from tradition for the royal family. Their first names were chosen by her. She went ahead and dismissed a royal family nanny when she did not agree with her, and hired one of her own choosing. Like any other mother, she decided what her sons wore, she decided upon their outings, and also took them to school personally whenever possible. She refused to become a decorative person as was expected of her.

After her failed marriage and divorce, she gave up the title of Her Royal Highness in 1996. She chose to live by herself instead of as rolyalty. Although in 1993 she announced that she would withdraw from public life, she continued to do her work with charity and patronage. She worked with several organisations for humanitarian causes.

She always chose to live her life on her own terms. She did the things differently. She lead her life from the heart, not the head, showed love and regard towards people. She once said that every strong woman who chooses her own path is the embodiment of strength, and that causes confusion and fear amng those who prefer to be traditional.

Lady Diana wanted to be the Queen, Queen of People’s Heart. Even her death gave the clear cue that she was really a strong woman and a threat to some.

Image source: By Auguel [CC BY-SA 4.0], via Wikimedia Commons, for representational purposes only.