I guess not. Because she is the main character and every story in every society revolves around her. Whether we talk about her roles as a mother, daughter, wife, daughter-in-law, grandmother, working woman or a homemaker, urban lady or a rural one, as strong or forlorn, flamboyant or nervous, successful or fighting for her livelihood; whatever genre you write in, she must be there to bring life and spice to your story. Isn’t it true?

But it all depends on a writer’s or thinker’s point of view as to from which angle he/she looks up at her. Yes, it surely depends on one’s mind whether to look at her as an ideal source or as an object or as an inspiration. She is the main pillar of any compellingly described story. And that in turn leads towards revolution.

You must be thinking about my purpose behind writing all this.
Well, you must have heard about Karan Johar’s latest interview where he apologised for including item numbers and objectifying women in his own movies.

In an interview with Shethepeople, he said, “I am somebody who has item songs in his films and there is objectification as a result of that. And I apologise that I never saw it that way. There is the revolution I feel when I had projected a song what you know as an item and there is the objectification of it, I feel responsible that I won’t do it again…The moment you put a woman in a space where you have a thousand men looking at her lustingly, it’s setting the wrong example. It setting a wrong communication. As a filmmaker, I have made those mistakes and I have apologised on conferences, in sessions, and I’ve said I won’t do it and I won’t.”

So now finally, someone from the industry, and that too a man who himself had shown women just as a piece of entertainment and as objects, is now apologising. Mr. Johar, at last, you have found the courage to accept it. I appreciate that and must thank you for it.

No, wait, in fact, I should thank his daughter for this. He must be saying this as he is now the father of a daughter. Aha! Being a father has changed him into someone so different. Well, better late than never!

Eventually, someone has said that there is something wrong with our cinema. Till date, cinema has produced a woman who is very embarrassing and merely an object. A woman’s character was not shown by her mind but by her tan. The body of a woman was only shown as an object for consumption. The hero chased the girl and showed his little love, the girl added to it, then came the goon’s love and the girl didn’t accept it, the goon kidnapped her, raped her, the fight began and finally the hero and heroine were united. The question is, why didn’t cinema take a more evolved form? A form that can bring about a change in society?

As of now, Karan Johar has apologised for showing a woman as an object in his movies, but I am wondering what the story of his next film will be like. Will he be retiring himself from commercial cinema? And if all the filmmakers start agreeing with him, then what will be the scene? And are we, in our hearts, ready to accept this new form of cinema then?

I must confess that I hardly watch movies now; the past 4-5 years have made me lose interest. And whatever little I watch is because of my choices, like my favourite actor/ actress/ ratings/ or sometimes trailers make me curious. All those I watch are only commercial movies. I have hardly seen any movie from the parallel cinema. (I am sure all of you  know the difference between commercial and parallel cinema respectively).

By the way, have you seen the movie Panchlait released on 17 November. No? Ah! I too have not seen it. But why not? There is no objectification of women in that movie. It was based on a pertinent subject related to society. Aren’t those matters that are relevant to a rural society for its livelihood our concern too? I wonder why they don’t make us ponder. I wonder why such movies don’t make us anxious to go to the theatre near us!

Now tell me how many of you have seen Tumhari Sulu which released on the same date? Let me guess…there are so many yes(s) for this. A perfect movie centralising a woman’s life, her struggles, her passions, her successes. It has songs and a storyline with pinches of humour and sensuality; I guess everything that makes one enthusiastic to watch a movie. Moreover, this story talks about a revolution, about a certain mindset; it talks about man-woman, woman-society, woman-child, woman-profession relationships.

Now, this is again making me anxious as to why there is so much of difference in the viewership of both the movies as both have been released on the same date. Do we really behave the way we talk and think? Are not we (women too) hypocrite?

The truth is that although we want to stop the objectification of woman (man) in the film industry, we do continue to watch movies that objectify people or have certain kinds of songs and dances.

These kind of songs and movies are just the new incarnation of our elders’ choices. Love behind the tree to love by two flowers. From cabaret dance to item numbers. From rape scenes to extremely bold lovemaking scenes. From heroes with a normal build to 6/8 pack abs. From soft well-versed Urdu and Hindi to urban diction based double meaning dialogues….

These changes come about because we have accepted these changes without any objections, making the industry more daring. The foundation was laid by our grandparents, carried on by our parents which in turn is again carried forward by us in a much modern and broad sense. Now here we further are transferring the same old but bold legacy to our kids.

I think its high time to give a call for change. We are blaming the industry for objectification but forget that its a two-way street. It’s time to take a U-turn. We need to help Mr. Johar and other like-minded people in actually making the film industry a worthwhile one without objectifying a particular gender. The problems are with society and both men and women are a part of this. Feminism believes that  this society does not only belong to only one gender, then how can we let this subject be biased?

Think about this… and let’s discuss! Share your views and whether you agree or disagree, do let me know. 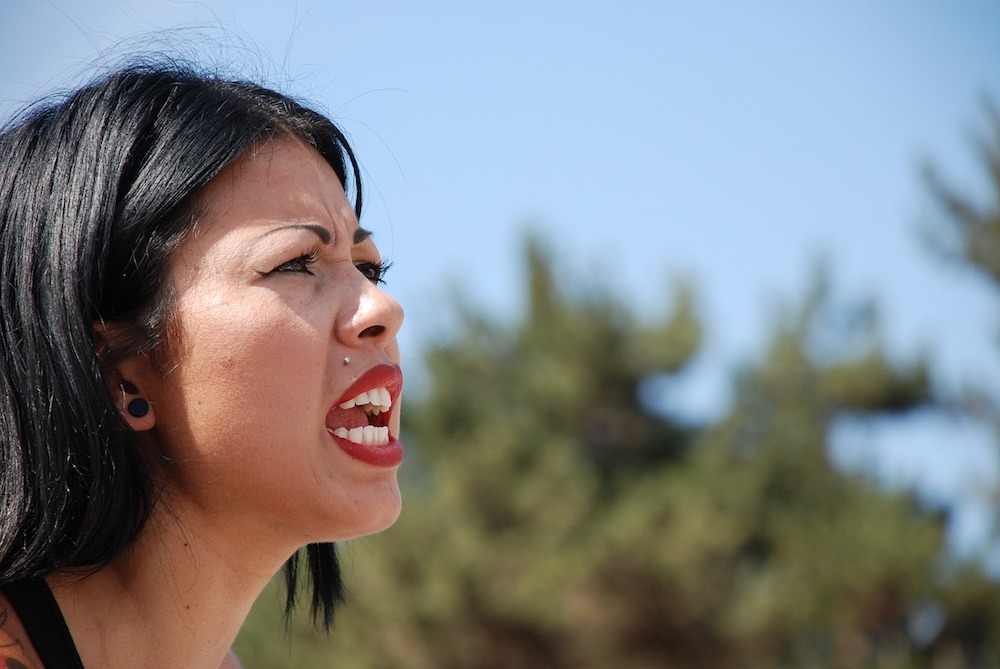