As The Mother Of A Teenager I Worry – What Drives These Bright Young People To Extremes Like Suicide?

A depressed teen can easily take an extreme step - life is too precious to be lost over some marks in exams or some college admission. 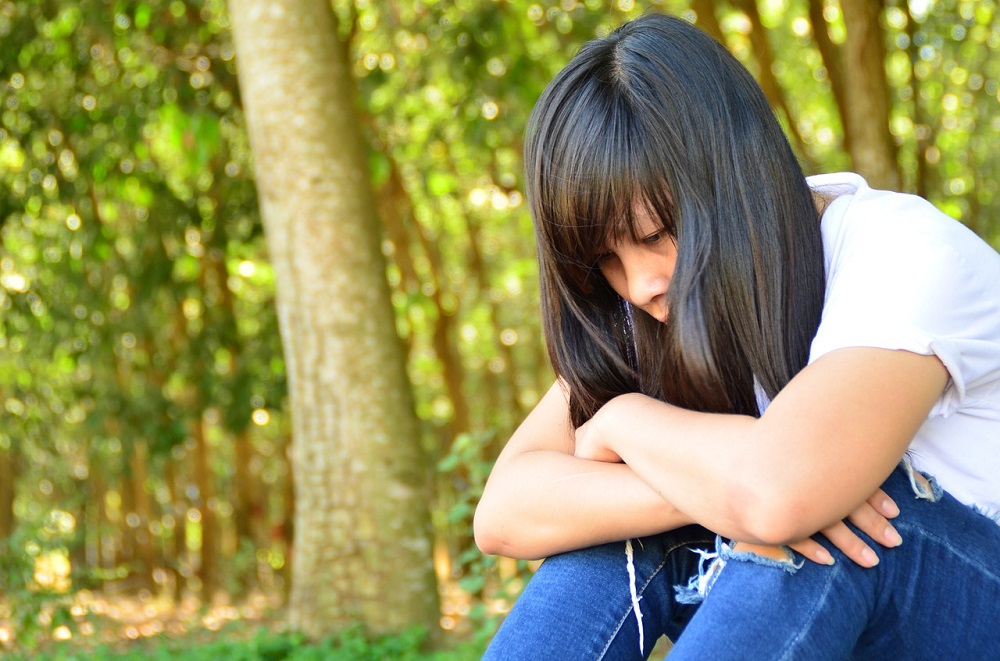 A depressed teen can easily take an extreme step – life is too precious to be lost over some marks in exams or some college admission.

Being a parent of a teenager is difficult, especially in the current times. I definitely do not wish to imply that teenagers are troublesome or difficult to deal with. I would just say that it is a different stage and in parenting, there are some trying times as well as memorable ones, and we parents have to just take it in our strides.

Very recently, we read that a young student, in his 20s, committed suicide in one of the prestigious hotels in our city. This is not an isolated case. Come June, when the students will get the results of their  board exams, there will be more instances suicide over failing the exams or worse still, scoring fewer marks (a norm seen every year) than what they expected.

Though every teenager may not be driven to such extremes, as a mother it is a matter of concern to me. I feel that I am a reasonably good parent to my kids – I am sure the parents of the youngsters who committed suicide thought so too, and my heart goes out to them.

I often wonder what drives these youngsters to suicide.  From happy pictures on Facebook, Instagram, Snapchat etc. to goodbye messages on the same. At a time when they should be full of energy, life, dreams, they are full of stress and negativity to such an extent that they choose to end their lives.

Is it because of undue expectations, fear of rejection, fear of failure, low self-esteem, or just impatience with the world and life at large, that makes one take such a drastic step?

As a parent, am I partly responsible for instilling the above in them?

When I give in to their demands for new stuff or eating out or many such big and small things, am I unknowingly making them incapable of handling a rejection or in plain words, unable to accept a no in their lives?

By ensuring that they have the best of everything, am I making them unworthy of facing struggles in their future lives?

By letting them follow what they want to, and not forcing my aspirations on them, am I teaching not to make compromises in their lives?

By not putting pressure on them for studies or extracurricular activities, am I setting an example of being mediocre, of settling down for less and not working to the maximum capabilities?

These are some of the many questions that often come to the mind. I sometimes wonder if I am doing everything right. However, as it is truly said that there are no rule books for parenting. Each parent has to follow his or her own instincts and decide what suits the child.

People in their 40s or 50s, would agree that when we were kids, we had fewer means than the kids now, and yet the instances of youth committing suicides were much smaller. I still remember that when I had first heard the F word in school and realized that the guys kept using it often, I approached my mom and asked her about it. She answered me in as subtle a way as she could. That question from me had probably given her an indication about what was going on in my mind and the kind of talk that happened among my peers. But now, thanks to the supposedly informative peers, and Google, we parents may or may not be able to know what is going in the minds of the children.

Experts believe that talking to them may be of great help in preventing instances of suicides. “Don’t we do that all the time?” might be a common thought in the minds of the parents.

More often than not, a look into the lives of the youngsters who committed suicide reveals the cause as undue pressure of studies or expectations. It is definitely an amazingly wonderful thing if a child gets highest marks in the exams in the school and when the child wins trophies and awards. But it is also important that the child enjoys it too. Which parent wouldn’t want his child to get admission in the most prestigious college of the city? But not being able to do so is not the end of the story. Even if Amitabh Bachchan had not studied in Kirori Mal College, he would still have been the Superstar that he is, or even if M S Dhoni had not graduated from St. Xaviers’ College, he would still be one of the most loved captains of India and even if I had graduated from some other college than the one I did, I would still be as successful professionally, as I was.

When I was pregnant and when my son kicked me for the first time, like all would be mothers, I too was excited. I was not thinking then whether he would be a successful engineer or a renowned doctor or some other professional, I was just interested in his well-being. I think that is how it should be now too and I think most mothers would agree with me on this. Having a happy and a content child is more important than an unhappy successful one. It is fine if he doesn’t do as amazingly well academically as his counterparts, but it is important that he be able to deal with the day-to- day happenings in his life and still manage to be a good human being.

What good are medals and trophies that adorn my living room if my child is unhappy and dissatisfied with life? I would like to be optimistic about my kids and take their smiles and laughter as an indicator that everything is under control in my home.

Hopefully each of us can help our kids be happier and teach them to enjoy their lives despite the struggles. We should assure them time and again that nothing is so great a problem that we cannot defeat it, and all troubles can be overcome, with the help of family and friends. Life is too precious to be lost over some marks in the exams or some college admission.