Creative liberties taken in the context of biopics can create undue criticisms for the others related to the subject and hence should be portrayed with proper context.

Creative liberties taken in the context of biopics can create undue criticisms for the others related to the subject and hence should be portrayed with proper context.

Bollywood has always made war movies and biopics like Haqeeqat, Vijeta, Border, Bhaag Milkha Bhaag , M S Dhoni etc. and many more with the most recent being, Uri – The Surgical Strike.

Like a lot of people, I have been quite influenced by these movies. My views on Captain Cool changed a lot after I saw his biopic. Likewise, Uri was life altering for me. From writing mere romantic fiction, motivational pieces and not even knowing the full form of SSB,  I moved on to writing about armed forces and organizing sessions related to armed forces in school.

Needless to say, I have been looking forward to the movie Gunjan Saxena – The Kargil Girl.

Despite my limited knowledge about the armed forces, I found the story of Flt Lt. Gunjan Saxena inspirational. In the few interactions that I have had with school children, I have tried to mention about her so as to motivate the girls in the audience, who may wish to join our armed forces.

While watching the movie, I was quite hooked to the story till the time she is shown to join the academy. Once the narration of the journey in the academy began, I started to feel disgusted. No, not at the plight of Flt Lt Gunjan, but at the way air force officers were portrayed.

After 100+ hours of flying, will the result of an arm wrestling bout decide the future of an Air Force Pilot? A senior officer’s comment to the newly commissioned officer about enemy not sparing someone with big eyes welled with tears! Another officer commenting to his CO that women can’t drive cars, how do we expect them to fly choppers! Plus the scenes involving loud music and dance in the Academy! The possibility of a female Air Officer being captured as PoW being discussed on National Television! Wasn’t this the same time, when a journalist was reporting live from those war zones? How does any of this even make sense? Does all this add to creative freedom? Is the audience expected to be so gullible to believe all this?

Fiction or creative freedom is best restricted to an individual or two, not an elite organization

I haven’t had the privilege to be a part of armed forces fraternity but I surely have been connected to some veterans and serving officers of our armed forces. In my limited interactions with them, I know that they hold the women in very high esteem. In spite of being just a social media acquaintance, I have had an 80 yr old veteran and serving officers address me as Ma’am. I obviously have no influence on their careers or lives whatsoever and yet. Hence, it was hard for me to believe that women officers then were spoken to in such a derogatory or sexist manner. A close friend, who is a Colonel refused to give feedback on one of my articles stating that it had a political leaning and he was supposed to be apolitical. Such is the ethos of our armed forces.

All my above doubts were put to rest upon reading this article by a veteran:

I have always believed that to put someone up on a pedestal, one doesn’t need to belittle the other. I fail to understand, what is the point of showing Indian Air Force, which is one of our esteemed organisations in bad light and maligning them?  Those civilians who have little knowledge about our armed forces, who have no way to find out about these misrepresentations may probably hold the image of an Air Force officer as a egoistic, sexist person, which is far from true, as per the above article. If only the makers of the movie had taken the trouble to make it more realistic, show more of her feats rather than create drama around her journey as an air force pilot.

Stories can inspire even without drama

Bollywood has also had movies like Pink, Thappad which were women oriented movies and had raised some relevant questions and valid points. However, with this movie, the undue liberty citing creative freedom is questionable. In India, Netflix has around 183  million subscribers, thus exposing this movie to such a large audience. A theatrical release would probably have meant even more exposure.

Recently, a series based on our army has seen stupendous success and audience’s respect for this fraternity has increased furthermore. The makers of this series also belong to the same film industry and would have had similar resources for research.

Along with this movie, there are two more movies that I look forward to; one based on the Late Field Marshal Sam Manekshaw and our beloved PVC Capt. Vikram Batra. There will never be another Sam Manekshaw, who has been an inspiration for generations. Likewise, Capt. Vikram Batra is a legend too, who inspires the youth of the country.

If all the balderdash of sexism shown in this movie is so called creative freedom then I shudder at the thought of creative liberties that maybe used in the narration of the stories of the above two legends. Their image is too sacrosanct to be tweaked around with. Hope the Indian film industry realizes that it is totally unacceptable to bring disrepute to our organisations, just to create a sensational movie and story line.

Take a bow, Flt Lt. Gunjan Saxena and kudos to the man behind this efficient pilot, her father.

I am just hoping that the next time I speak to school students about Flt Lt. Gunjan Saxena, I don’t have to spend more time convincing them about the equal opportunity in Air Force than speaking about the lady herself. Such portrayals would only discourage girls from joining armed forces.

Showing our air warriors in bad light, just to make a sensational story out of a real life inspiration! Is that what our storytellers are reduced to now? Is this the best that you can do Bollywood ……using ‘creative freedom’? 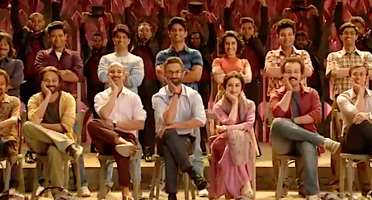