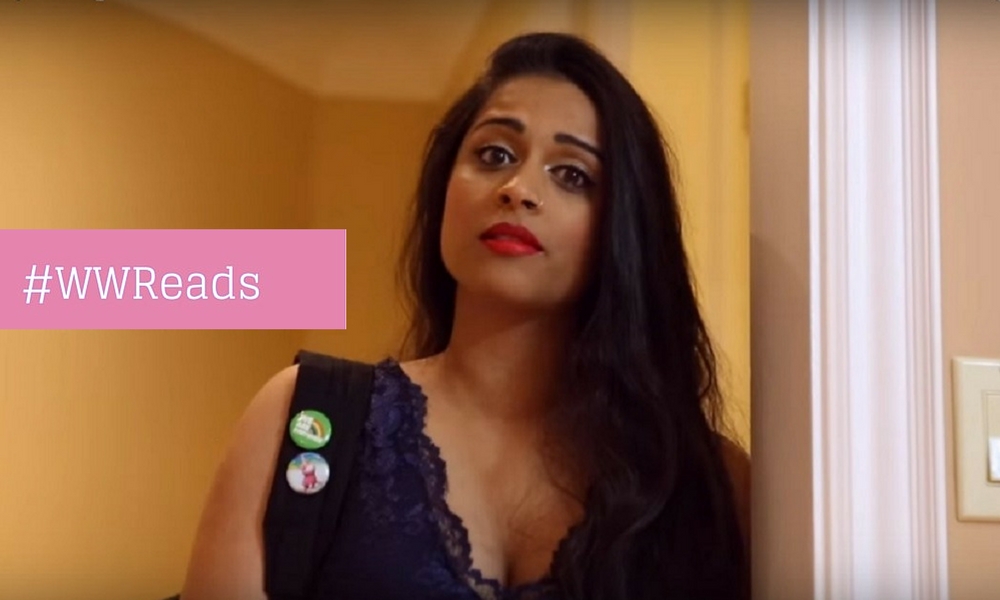 In Which YouTuber Lilly Singh A.K.A Superwoman Tells You How To Be A Bawse In Your Life [#BookReview]

How To Be A Bawse is YouTuber Lilly Singh’s (better known to her fans as Superwoman) much awaited book that speaks to her teen and YA fans about life.

Lilly Singh is a famed name, perhaps not in every household but in the social media circuit. With a YouTube fan following of more than 1 million views and the channel boasting of about 100 videos and more so far, Lilly Singh’s tryst with fame has been the most sought after phenomenon in what we call today, the teen-rush.

Her recent India visit, between 19th to 21st April, was a part of her whirlwind tour for the promotion of her first book How to Be a Bawse: A Guide to Conquering Life during which she threw light on how her journey taught her to always pick oneself up, and not allow anything to stand in one’s way.

So when I read her book, her ability to express things that would appeal to the YA (Young Adult) crowd – the crowd that faces many unexpected instances of existential crisis – was not a surprise. I am not saying adults do not face a existential crisis. But I think when we grow up enough most of us realize that an existential crisis is a phase and would pass on. Teens sometimes are not mature enough to understand this, and her book certainly will appeal to them, written in a language they can identify with.

With her extremely lucid style (with enough gravity to prevent it from becoming frivolous), Lilly Singh gives us the “nuskas” with all the right “chaskas”, of being a successful person professionally and personally.

She starts with a disclaimer where she says that these ways may not be effective in all situations so one would have to take the basic concept and mold it as per the situation, which is true in most self-help books. During her India tour she also categorically mentioned that the only secret to achieving one’s dreams is through hard work – a fact has been very ostentatiously mentioned many times in her book.

Lilly Singh has spiced up the book with quite a few references and analogies, that might seem silly to an adult mind, but which are probably attempts to make the book relatable to the younger audience. The book is full of vibrant pictures of the SUPERWOMAN Lilly Singh and although I do not like that name one bit (because I disagree with the concept of ‘Superwoman‘), the fascination of her fans for her is admirable.

What I found different about this one is that Lilly Singh avoids getting preachy. It looks like she has deliberately spoken of only the principles and not attempted to hand-hold the reader into implementing them. Some self-help books are very rigid about this and that is why perhaps I never find them interesting enough. One cannot shove one’s experiences down someone’s else’s throat, because obviously everyone has lived a different life.

She has used an anecdotal and conversational style of writing, which successfully makes the book light and humorous, that stands by the personality of its writer. She has used references from contemporary television, which includes the popular series like Game of Thrones and F. R. I. E. N. D. S, different music artistes, video games like Nintendo and Super Mario to put forth her points and I must say as clumsy as they sounded to me throughout the book, they did make sense. 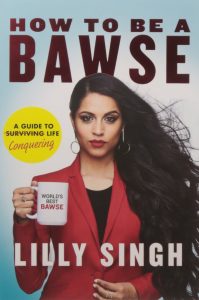 Though I liked the book (to a certain extent that I could at least finish it), I see that the book’s major drawback is that it drips of celebrity privileges. I do not know if Lilly Singh has really considered that not many are as privileged asher, not enough to get themselves educated or to look as pretty as she can afford to. While she has worked for some social causes I find her involvement not substantial enough to motivate others.

However, here I got a slightly different view from a teenage fan of hers. The teenage fan said that the book made complete sense to her. And I agree that it might have, but I also want to reiterate that there are other books which delve deeper into these areas like the thoughts and psychology of the winner, real life accounts of individuals who have made it through a crisis situation without being privileged. Lilly Singh is young (part of her appeal to youngsters), but so was Nina Lekhi (Bag it All).

When a title screams ‘self-help’ I find that there are very few things that don’t comprise the common sense ideas that we already know. Stuff like control your thoughts, hold your emotions – we anyway tell our teens all this. But is it really practical? If yes, how? I found these answers missing. Nothing enlightening is what I felt and there are definitely better books in this genre. Perhaps I went into it with wrong expectations but with a title like that there was so much more I expected. Lilly Singh has certainly made a passing reference to her early days before the fame, where she has said she started uploading the videos in her attempt to fight depression. Impressed as I was, I would have loved it more if she had spoken about it some more.

So although you may want to pick it up, do so because you want some light fun rambling and do not expect something life-changing.

If you’d like to pick up How to Be a Bawse: A Guide to Conquering Life, by Lilly Singh, use our affiliate links: at Flipkart, at Amazon India, and at Amazon US

Taking The Popsugar Reading Challenge In 2018? Slay It With This Feminist Booklist

Use Lockdown Time To Call Your Mom, Quips Comedian Radhika Vaz In A Delightful Interview