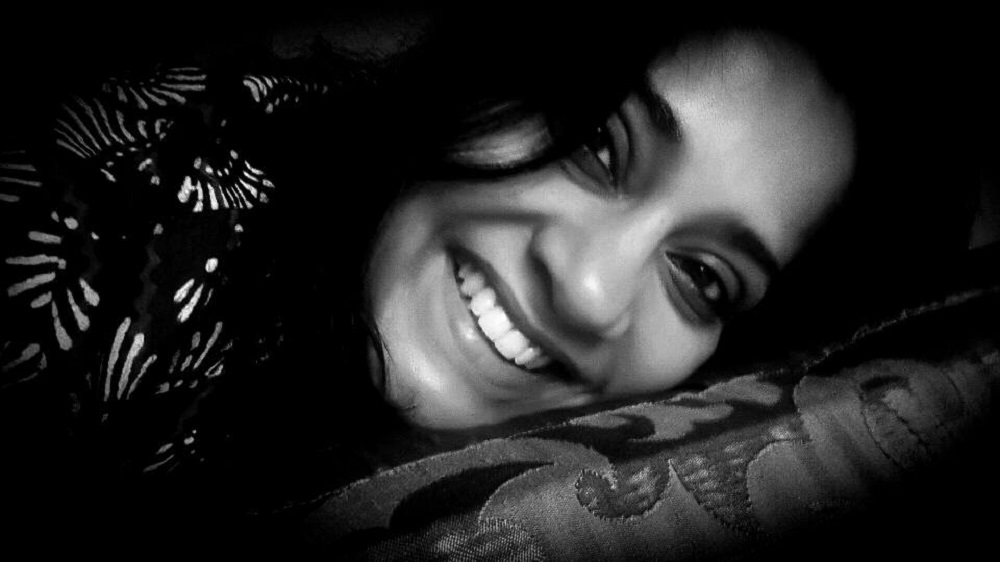 Renuka Shahane is not just an actor, but also a screenwriter and director, plus a mother and a woman who believes in being vocal about social issues.

Veteran actor Renuka Shahane has had a lot of shifts – from TV to movies, to journalism, to writing, to activism. We have seen her as the everyone’s favourite bahu, someone’s love interest, a TV show host and so many other roles that came her way in Bollywood and Tellywood. She is, however is not just an actor. She is much, much more than that.

How did she get into acting?

“Things happened by chance,” she recalls, stating that, “My love for theatre at college might have been a major catalyst in me becoming an actress.” She asserts that the fact that her mother was a celebrated author did not directly have an impact on her career choices.

Her mum was also, among other things, a teacher, a professor and an art director, while she herself is a Clinical Psychology major from Mumbai University. But she considers herself grateful for the fact that from a very early age, she was introduced to a world that consisted of dance, art, music, literature, cinema and other art forms. This, she believes, led her into becoming the woman she is today.

So what led her into the field of activism? Well, for one, she doesn’t consider herself an activist. “I am not an activist!” she exclaims. “I believe that there is a need for more and more actors – who are always in the public eye – to reach down with a view to be able to help people!” she says. So if an actor is seen talking about social work and spreading awareness about certain social causes through her work – especially a woman – that is bound to make an impact.

Of the many roles that she plays, she is a fine writer in her own right. “I am not really a writer!” she jests. She admits that writing happened very late in her life – after she had married and after she had become a mother. “Ever since my younger years, I had dreamt of becoming a director,” which, she says, she accomplished by writing a screenplay for a Marathi movie, Rita, that was based on her mother, Shanta Gokhale’s novel, Rita Welingkar. Unfortunately for us though, since she only writes screenplays, none of her works have been published. 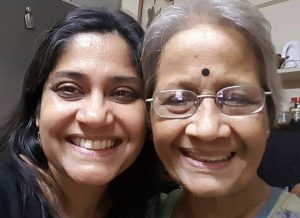 A woman of so many interests, it is not a surprise that she is a very keen reader as well. Apart from being a big fan of Gabriel Garcia Marquez, whose simple yet magical quality astounds her, she enjoys detective stories, particularly Sherlock Holmes, and many other genres including comedy and thrillers. She considers herself an omnivorous reader- “reading anything and everything that comes my way!” as she puts it.

A strong woman with a message

A strong woman with a strong message to give, her cause gets reflected in the kind of advertisements and TV commercials that she does, too. For example, the recent advertisement for Reliance Fresh that she appeared in.

When asked what could possibly be the reason why most women are not able to be strong and assertive about the decisions in their own lives, she says, “Women are strong. Period!” She observes that women crucially sacrifice everything for their families – before considering their own well-being, they consider their families first. 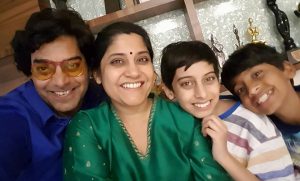 Renuka Shahane with her family

In the advertisement in question, she plays a middle-aged woman, who goes on a vacation without her husband, accompanied by two younger and one older woman. Renuka Shahane, as is proclaimed in the advertisement, strongly believes that a woman lives most of her life for others, but it is never too late to start living for oneself. She states, “A woman must look after herself, because, as the founding stone of the family, self growth and development of a woman will automatically lead to the development of family, too.” So, women must take time out for themselves once in a while and do whatever makes them feel happy – read, write, Yoga, exercise, play – anything that they like!

Speaking up about other social issues 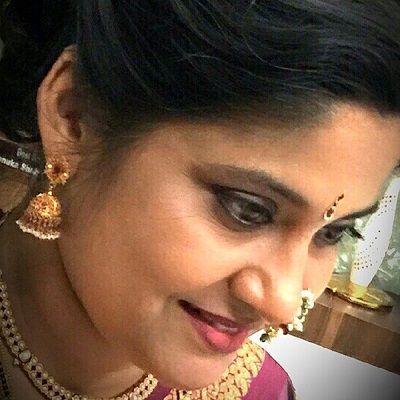 Renuka Shahane also talks about some of the social issues that she strongly feels about. Apart from the issues such as female foeticide/ infanticide and dowry that our society has come to normalise, she talks about the kind of colour racism that has deep roots in our society. “Ninety percent of people in India are dark-skinned, falling under various shades of brown. Yet, we are constantly conditioning ourselves – especially our women – to have light skin,” she remarks. She also voices her opinion that it is too “horrendous” to judge people based on fair skin and that colour of skin has got nothing to do with achievement. “The mindset of our people has to change,” she utters, in terms of blindly following western beauty standards – fair skin, blue eyes!

Another issue that she talks about is menstruation. A few weeks back, Renuka Shahane had posted a video on her Facebook page with regards to sensitization among boys about periods. Talking to us about the idea and inspiration behind this marvellous and bold move, she states, “Women are surrounded by men, yet men don’t understand, nor see the need to care about the physical impact of menstruation in women.”

Advertisements for sanitary napkins, too, go overboard in selling their products, yet choose to ignore the actual issues with regards to periods. Cramps, mood swings, restrictions – these don’t get talked about. Periods are such a hush hush affair, that a woman cannot even talk to her own family about it. So, by talking openly about them, the possibility of support and sympathy from her own family will automatically increase and the male members of the family will understand her better. “A mother has to be responsible to initiate this conversation to her family.” It is a part of life – the very reason why we are born, to say the least. Hence, Renuka Shahane believes that the taboos surrounding menstruation need to be addressed by us women, and conversations such as these can do wonders!

A mom who can speak with her boys about anything!

Speaking of her boys, she fondly states that the decision to keep her boys grounded and away from the glamorous world of showbiz has been great. How has she managed to do that?

Most recently, she posted about an interactive discussion about women on television. The discussion organized at The Screenwriters’ Association in collaboration with Laadli was a discourse on the quality of the rather regressive content that is being shown on the Indian television.

“Sometimes, creators do come up with new ideas, but eventually they fall back upon the older tradition – people do want larger than life characters,” she says, but in all that, none of what women actually do in their real lives get reflected on the shows, neither does their contribution to their homes, the society and the country gets accounted for.

“Television is a huge and a strong medium of communication. Why choose the regressive way, then?” she questions. It is the need of the hour that the broadcasters stop showing the one-sided aspect of women on television to gain TRPs, and instead do something good be more inclusive of stories of working women – even those who do not work outside – and home-makers.

The many hats of Renuka Shahane

With her Filmfare Award in 1996 for the movie Aboli

Renuka Shahane is not just an actress – she is also a mother, a writer and a performer and so many other things. She gets inspired by the resilience of women, and their accommodating nature in various situations. She feels good about the fact that she has come to be known as the ‘cool mum’ to her children who can frankly approach her any time. As a performer and a writer, she highly values truth and believes that being true to oneself – on stage and on paper, is what makes everything so believable. With her sparkling eyes, her bright smile and her warm voice, she is grateful for her groundedness which makes her approachable to all those who need her!

As a final message to woman authors and bloggers, Renuka Shahane believes that blogging is a wonderful space of free spirited writing. An author/blogger can create a huge difference, and can influence people in a major way. Thus, one must take up issues that are directly affecting society and write what one truly feels. An author’s quest in life should be to write whatever she feels like – no need to adhere to societal norms, especially in the world of blogging. “Writing sets you free!” is what she believes in.

“Respect Women And Let Them Live”, Actress Renuka Shahane Comes Out In Support Of Tanushree

Sex Workers Are Not Criminals. Thank You Renuka Shahane For Reiterating This!