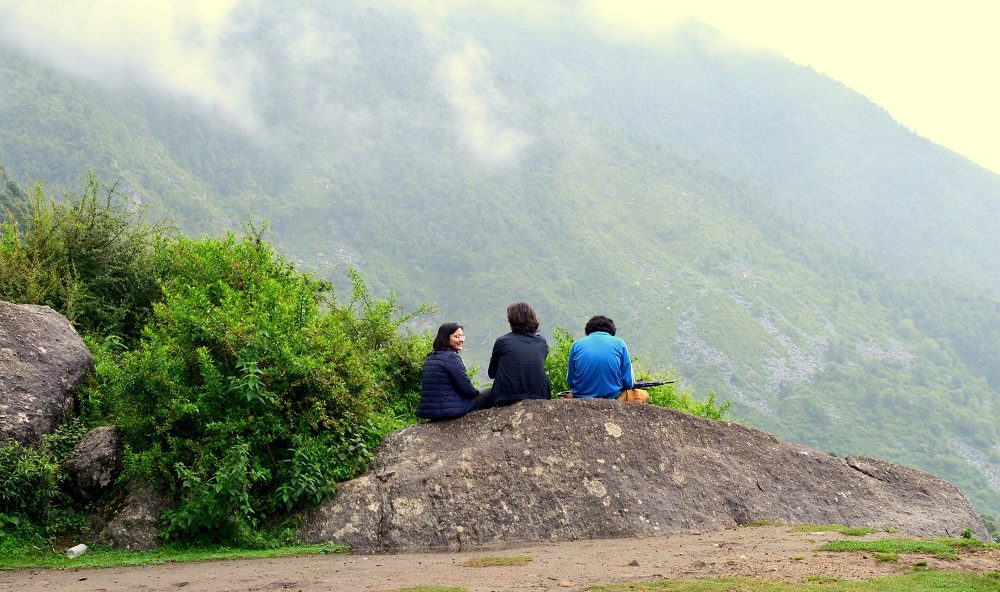 When She Went Away On A Trip By Herself… [#ShortStory]

It was a trip only for women travelling together, taking a break from the mundane everyday that they had as much right to as everyone else.

”No means no! How can I leave everyone behind and enjoy all alone Surekha? I have never done that and I will never be able to have fun without my husband and children.” Ankita protested vehemently.

”This is exactly why I want you to come this time, my dear! You’ll learn to enjoy without them too. Don’t they go out without you, to movies, to hangout with their friends, to have night outs and also outstation trips?”a visibly upset Surekha retorted.

Ankita and Surekha had been best friends since school. They had gone to management college together and had been placed in reputed companies. They would work hard through the week and party harder with their girlie gang during the weekend. They shared all their secrets, their first crush, their infatuations, their first love, their breakups, and their squabbles with parents and other friends. They had their own moments of disagreement and fights but they always made up within a few hours.

Both of them got married within a couple of months of each other, and then Surekha and her husband picked up lucrative jobs in MNCs and had to move abroad.

Ankita had bid farewell to her childhood friend with moist eyes. During the initial years,they had kept in constant touch through emails and video chats sharing their joys and sorrows, rewards and reprimands, gains and losses. But gradually the different time zones and the ever increasing pressure of family and work did them in.

Ten years hence, Surekha had returned to India for a year-long stint with an international enterprise known across the globe for its commendable work in the social sector. The first thing she had done on landing in India was to look up her long lost friend Ankita. She was still her usual naughty, chirpy, chatty self and had almost immediately become pally with Ankita’s children. Her own son was studying in a residential school in America and she was sure that her husband would take good care of him.

Whenever Surekha returned from her travel across the villages of India, she would narrate anecdotes from her amazing experiences there. It filled Ankita with a sense of wonderment how her friend who had never travelled to the rural India during her childhood or youth and had just returned after a long sojourn abroad, found her visits exhilarating. She never complained of dust and pollution, water and electricity shortage. Rather she seemed to be enjoying her work and interaction with the less privileged sections of society. She also seemed to enjoy the beauty of bountiful nature that city dwellers were deprived of. She had recently been on a women only trip to Rajasthan and had signed up for another trip to the magnificent hill state of Himachal Pradesh. She wanted her BFF Ankita to accompany her on this adventure trip which she had been so vehemently refusing.

Surekha had noticed how stressed out Ankita appeared everyday. Her husband Arun had to travel frequently for work which meant that the responsibility of looking after their children, their studies, school functions and illnesses, household chores and shopping, parents and relatives had to be undertaken by Ankita singlehandedly. She had recently been promoted to the position of senior manager and client meetings and presentations would often require her to stay in office till late. Even during the weekend she had hardly any time to relax as she had to catch up with the week’s pending tasks. Of course she had house helps and a cook, but she loved to fulfill her children’s demands for their favorite pasta and parathas herself. It was not that her husband did not help her when he was home, but he was never home enough. And even when he was, visits of relatives and friends and outings with children only increased the demand on her already sparse time.

This lack of any ‘me’ time had started taking its toll on her body and health yet she failed to realize it or rather she refused to accept it. It was only when Surekha pointed it out to her that she hesitantly admitted that she had been feeling constantly fatigued and mornings often saw her just forcing herself to get up from her bed without the strength to move her aching body. Surekha was trying to make Ankita realize that she needed some time out from her hectic schedule to unburden her constantly occupied mind. She was happy with her children but she still needed to get away from the daily rut and do things that she really enjoyed. A short break from her hectic routine was what she needed at the moment.

”But what about the children? And their school and studies? And home? How would everything be managed? Arun would never agree.” Ankita said gloomily.

”First you have to convince yourself Ankita, that you want to go. Everything can be managed and I am sure Arun would not say ‘no’ too. Call him up, right now.” Surekha insisted.

After the initial hesitation and reservation, Arun was quite enthusiastic. He suggested that he would take a week off, it would give him also some much needed respite from his living-out-of-a-suitcase monotonous work life and he would be able to spend some time with the children. Children threw some tantrums but when Arun cajoled them and promised not to be overly strict about their food preferences and sleep timings, they came round too. Ankita was still sceptical about his ability to manage home and hearth, yet she decided to take up his offer, bracing herself for a tsunami in the home on her return.

It was with a heavy heart that Ankita bid goodbye to Arun and her children. She was sure she would miss them so much that she wouldn’t really be able to enjoy her trip even though Surekha was going with her. After greeting the fellow travellers hesitantly Ankita settled down in her seat while Surekha went ahead to have a word with the trip manager.

Intending to catch up on her reading, Ankita dug inside her capacious bag to take out her favorite author’s latest novel that Arun had taken care to buy for her when her hands hit upon something…oh her favorite bar of chocolate! Must be her kiddos’ handiwork…how she loved them for such tiny but loving gestures! She picked up her cell phone to call them up and sank her teeth into the sinfully yum gooey chocolate, her comfort food. She had barely said hello to Arun when strains of some beautiful melody filled her ears. A co-traveller had had started strumming her guitar and very soon a couple of women matched notes with their soulful voice. Surekha smiled knowingly to see her friend relaxing finally and joining in the Antakshari that was the logical outcome of the all pervading happy mood in the bus.

Two stopovers and seven hours later they were welcomed by the elderly owners into their beautiful homestay with the magnificent view of the lush green valley. Morning sessions of yoga and meditation, trekking, bird watching, interesting anecdotes of the hospitable owners, late night coffee and chit-chat sessions with the jovial Surekha and the lovely fellow women in front of the crackling flames of the bonfire, badminton, scrabble and an occasional round of rummy, sometimes just wandering alone along the forest trails… Ankita didn’t  realize how five days just flew by.

Network connectivity was not so easy to get in the resort located deep inside the forest yet Ankita had been able to call up home everyday. Initially anxious and jittery as to how the kids would be managing without her, she felt guilty for having left them alone to fend for themselves. She was also a little jealous when they told her excitedly how much fun they were having with their Dad but she was surprisingly glad too for this golden opportunity for the kids and father to bond together.

As they bid adieu to their genial hosts and clicked a few more pictures, Ankita felt inexplicably happy and rejuvenated. No, she had not been selfish in taking up this trip without her husband and children. As the bus hurtled down the long winding hill roads Ankita ruminated over the last few days. She had been herself after such a long time. She had excitedly chased butterflies and climbed trees to pluck fruits just like a child, she had even amazed herself when she was able to give an impromptu Kathak performance with perfect precision. Her chats with Surekha would stretch into the nights yet she had fallen asleep without a worry and woken up refreshed. Perfect strangers at the beginning of the trip had quickly shed their inhibitions and shared their joys and worries about juggling career and family, bosses and maids, fun and freedom. Most of them had become good friends within the five days of togetherness.

As she alighted from the bus and bid goodbye to her new friends, promising to keep in touch, Ankita felt a strange lilt in her voice and spring in her feet. ”When are we going for our next trip?” she asked gaily as she hugged Surekha tightly and thanked her for compelling her to let go of her guilt trip and go for the she trip.