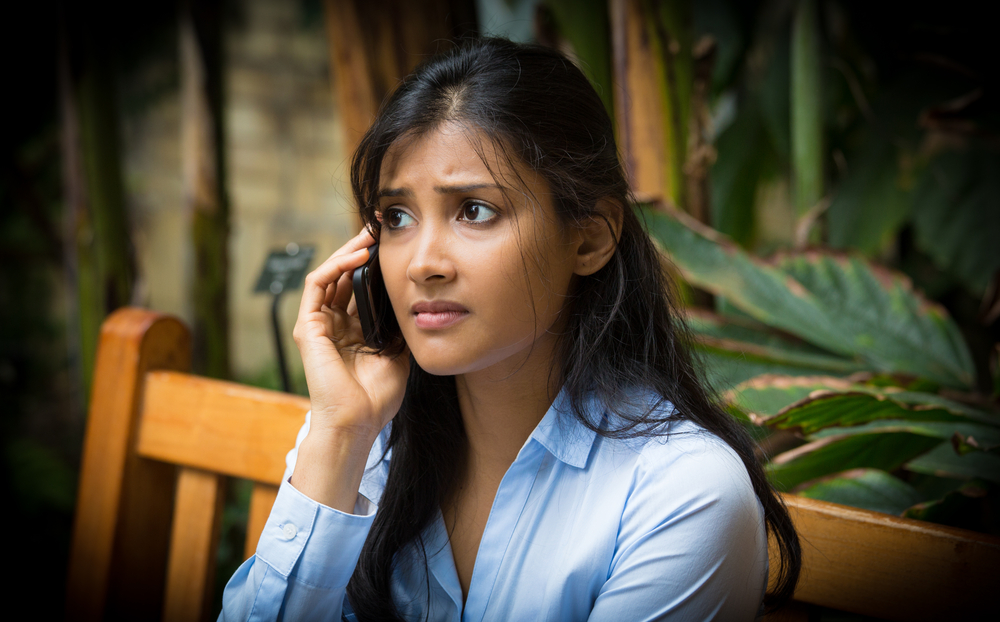 Are you being stalked or sexually harassed? The best way to deal with it is to say NO and take action leading to apprehending the molester.

Late night, a few weeks ago, I got a call from my friend. She was very upset.

She was being constantly being pursued by someone who she didn’t want to be friends with. They were on the same vacation group tour where he had been with his wife. Their personal interaction during the tour was minimal and she never responded to him even when he tried to befriend her.

After the tour, this person began to send her messages on her phone. She chose to ignore them because she had no intention of being friends with him.

“He creeps me out.” She had complained, during my chat with her, while her holiday was still going on.

She blocked his number on her phone. So he contacted her via Facebook. She blocked him there too. It didn’t end there. A few nights ago, he sent her another barrage of messages… from another phone number. She was being stalked.

That’s when she called me in utter distress. She didn’t respond to his message and simply blocked him. She lives alone in a big city and she is unmarried and touching forty. At this stage, she is embarrassed to take help from her parents who are quite old. She doesn’t want to make a big deal about it and so she is choosing to ignore it.

Being stalked is not OK

It’s a mistake that most women make. Ignoring the signs of what could end up being a fatal flaw. I had a to convince her that she needed to tell this person off. That she wasn’t comfortable with his messages and most importantly, that she was not interested. At some point or the other, we have all been in this position.

Nip it in the bud!

If you are uncomfortable with a message or a conversation or a touch, PUT YOUR FOOT DOWN IMMEDIATELY. It could be anyone…a boss or a co-worker, an uncle, teacher, cousin. Most women ignore these signs of silent stalking. Very often, it ends up badly.

I know a lot of instances where trouble has been nipped in the bud, right in the beginning, simply because the woman was strong and bold enough to put her foot down and draw the line, as soon as the problem began.

A boss who is getting a bit too close, that professor who accidentally keeps brushing against you or that one person who keeps starring at you making you uncomfortable…you need to let the person know that you are NOT OK with it. What’s the worse that can happen? They will think of you as snobbish or prudish. But how does their opinion matter, in any case?

This is especially useful if you are living alone, like my friend. If you are being troubled by someone or being stalked, confide in someone who is trustworthy and who can help you in the time of need. In the worse case scenario, someone will at least know that you are in potential trouble.

This is true in the literal sense as well as the figurative. It is natural to cower, lower your glance or hunch a bit when trouble is near. A few women begin to walk faster when they spot a trouble maker. Your posture and body language is a dead giveaway and gives your perpetrator the upper hand.

Look at the person in the eye, without stooping or cowering. You don’t need to stop what you are doing or run away when trouble is close at hand. Most often, such people are cowards and looking at them straight in the eye is what can solve the problem then and there itself.

It’s quite OK to be badass. If this person is making you uncomfortable, don’t wait for years to write an anonymous blog post about it. I know of one woman who got her justice by releasing incriminating evidence on social media. Someone was sending her inappropriate jokes and pictures messages on Facebook messenger. They were extremely embarrassing…but finally, she mustered courage and took screenshots of all these messages. Tagging him, she put them up on Facebook. I’m sure he must have been trolled by his friends and family. The result was that the rascal deleted his Facebook account and disappeared. Let’s hope he never harassed another woman again.

Do not delete evidence

A lot of women, even the so-called urban educated ones, tend to destroy the evidence because the natural instinct is to get away from trouble. But this is a big mistake. Technology can be used to your best advantage.

Keep a record of the messages/ phone calls. If things get bad, you can use this to take legal action against the person. A lot of harassment cases don’t come to any conclusion because of lack of evidence. Instinctively, you will be tempted to block the number, delete the messages. This is a mistake.

If things get really bad, you can use all your evidence to show to the cops or an advocate who can help you out. Police can be especially useful in such matters. There are Cyber Cells, Special Women’s forces etc. to help you in case of such matters.

It’s important to remember that most cases of sexual harassment or molestation happen because the perpetrator thinks that he can get away with it. You need to say NO the minute you think it’s happening to you. Small offences lead to bigger crimes like rape. Therefore it’s always better to be safe than sorry.

Trapped Alone With Her New, Unknown Husband In Lockdown, Was Sex Going To Be Like This Now?

Physics. And Their Chemistry