“Have some fun, if it is meant to get serious, it will. If not, your generation is mature enough to deal with it!” 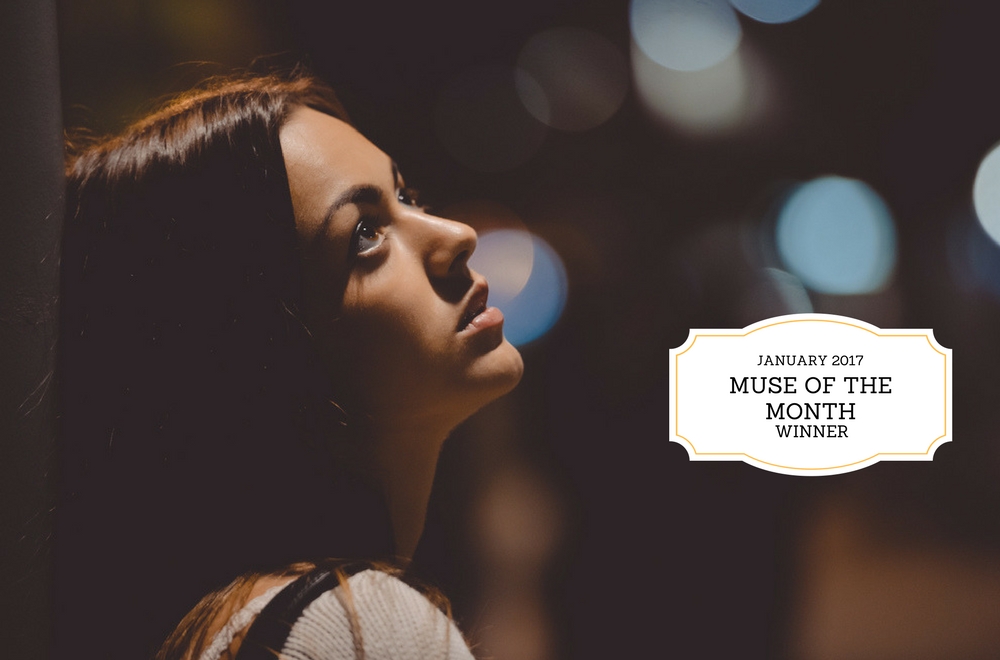 “Have some fun, if it is meant to get serious, it will. If not, your generation is mature enough to deal with it!”

Here is the fifth winner of our January 2017 Muse of the Month contest, Tanvi Sinha.

If Grandma Could Choose

Avani switched off her laptop, hung the milk coupon at the door and kissed her daughter, Meethi goodnight. She peeped through the second bedroom to check on her grandmother, Sharada who was visiting this summer before she retired to her room to read. Her bedroom had almost turned into a library. Books were her only solace. What a mundane life she was leading since Sanjeev’s death! Sanjeev was her classmate in college. They fell in love and married soon after. On the night of 26/11/2008, Sanjeev was to board a local train from the CST station. He never returned.

It is difficult to express how Avani’s life had changed since then. People close to her could not bear to see her so devoid of happiness. But the grief never ended because the love was eternal.

It was Saturday night. Weekends were especially empty. At least week days were consumed by work. Avani’s phone rang. Sharada was watching her favourite TV serial, Balika Vadhu but very generously she muted the volume to let her granddaughter talk in peace.

“No, I don’t feel like going out!” Sharada heard Avani say. “I don’t like these silly movies, you know that! What play? Shakespeare? I have already read the book… So no point… And I must help Meethi with her project. Ok bye…See you Monday!” and she hung up abruptly.

“Who was that Beta,” asked Sharada.

“Is that the same guy who had picked up Meethi from dance class that day, when it was raining and you were held up in Andheri?”

“Why did you say no? Seems like a nice guy!”

“I am not interested Nani, please. Why don’t you all leave me alone? I had the best guy ever who God took away from me. After 7 years, I have finally accepted to live my life alone. I don’t want to get emotionally involved with someone, only to lose him!”

“Life is tough beta, but you still have to live. What happened was…”

“Easy for you to say, Nani.” Avani interrupted almost rudely. “You don’t know what it like to feel so helpless in life, when nothing is in your control. Life has been cruel to me. What kind of God created such a universe where there is so much pain? And you think I can forget everything and remarry?” Avani stormed out of the room.

Sharada remained silent. After some time, she made Avani’s favourite ginger tea and went to the balcony where Avani was staring at the sky blankly.

“I am sorry, Nani, I yelled. Everybody tells me to remarry and I am so sick of telling them I don’t want to.”

“But I never asked you to remarry, dear!”

“Yes, you did. You were saying Ashir is a nice guy, you should say yes…”

“I only asked you to go out with him for the movie. Go out with friends for activities that interest you. Date men. Don’t remarry if you don’t want to, but at least don’t live your life in celibacy! Have some fun, if it is meant to get serious, it will. If not, your generation is mature enough to deal with it!”

“What? I don’t believe it, Nani! You are asking me to see men casually, without any serious prospects?”

“Life never takes us seriously beta. I was married off to your grandfather at 19. I did not know him. I did not like him. I was not even attracted to him. I had a long marriage and 4 kids. But does that necessarily mean I led a happy life?”

He was an insensitive and abusive man. How does it feel to spend 40-50 years of your life with someone who treats you badly and dictates your life? No job, no social life, nothing! I was stuck with him, and had nowhere to go. In those days, we were told that a spouse is chosen by fate and my fate was decided.

I wish I knew what it was like to be desired by someone. I craved romance. I didn’t know about divorce, and I had no money otherwise you think I would have wasted a lifetime with him? If I had the opportunity, I would have tried to date someone who cared about me.

My elder sister became a widow at 24. No man ever showed interest in her since then. It didn’t strike to anybody that she deserved happiness. Family said that it was her fate. She lived a life in isolation for 60 years, and died last year!
I am not trying to compare our misery with yours. Life is never in our control, dear. But we can try to make the best of what we have. I don’t know if Ashir would be great or good or not worth it. Only you can find out by spending time with him. You have options. You are financially empowered. You don’t need him or any other man, but you can choose to have a companion who you like.

You owe it to yourself to be happy, or at least to all of us who were told we had no right to be, and resign to our fate!”

The next Monday Avani and Ashir went to watch a comedy night. Over the next few months, Avani would become more social, hanging out with Ashir and his friends and some of her own friends with whom she had lost touch. She joined yoga classes, a book reading club and started meeting more people. She realized that there were a lot of single people, in all age groups. People had their own struggles, but were living their lives, brave and well. Her own life had become more livable, and there were moments of joy and contentment, if she may call it. She has stopped pitying herself as a victim, and somehow the universe is also conspiring to cooperate with her.

Next month, Avani and Ashir are traveling to Panchgani, where Sharada has started her own home stay, called Queen of my Life.