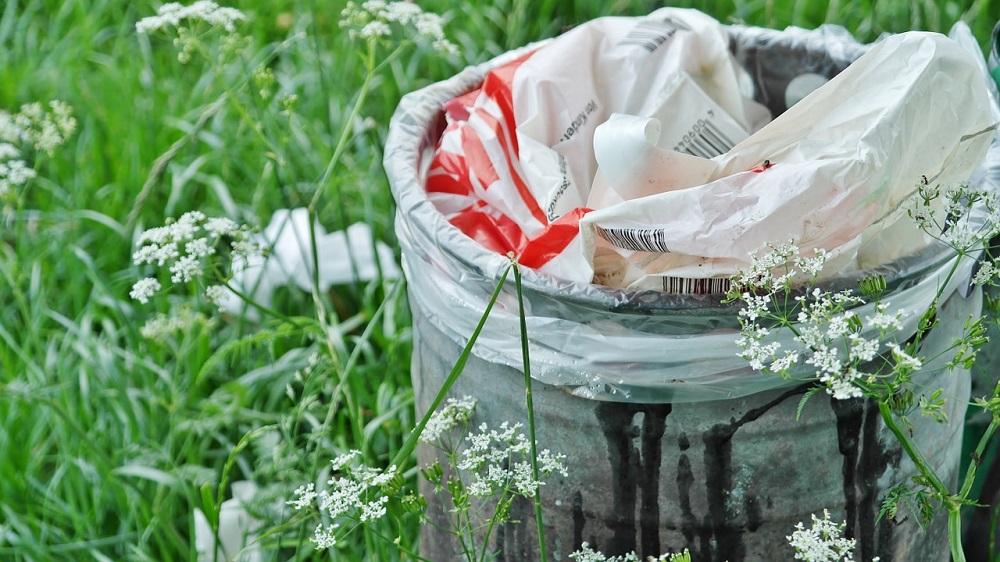 Swachh Bharat Should Not Be Just A Campaign, But An Attitude!

One has to lead by example in order to make Swachh Bharat a reality – after all, patriotism stems from action and not mere words.

Let me recount some of my experiences on this account.

As my husband drove out of the parking lot of one of the busiest posh malls of our city, I was engrossed in discussing my latest shopping escapade with my fashion savvy friend on whatsapp. It was a Sunday and as expected, there was a huge line up of vehicles getting out of the mall premises one by one.

I was distracted by the abrupt sound of a falling object. Curious, I looked outside to find that the man at the driver’s seat in the Scorpio ahead of us had thrown out a Bisleri bottle. Swachh Bharat Abhiyaan was launched by our Prime Minister just a day before this incident occurred. “What irony!” – I remember thinking to myself.

It was my first trip to Goa and predictably, I was all charged up and excited. I was doing my hair at the Bangalore airport restroom when I noticed that a lady tossed the tissue paper after wiping her hands on the floor, even when there was a trash bin right beside her.

I politely requested her to drop the tissue in the bin, but guess what! She frowned at me, shook her head and stomped her way out of the restroom. I suppressed the urge to run behind and give her a piece of my mind. Instead, I picked up the tissue and dropped it in the bin myself.

We purchased the quick darshan tickets when we visited Tirupati Balaji temple for the first time. But, fortunately or unfortunately, the day we chose to pay homage to the almighty, turned out to be an auspicious day resulting in the temple being swarmed with devotees.

We were waiting for our turn in the scorching heat which seemed like an eternity away. The quick darshan queue was too long and was moving at snail’s pace. To beat the heat, a man bought tetra packs of Frooti for his entire family and once they were done, the packs were flung right there beside the queue. There was a dust bin a few meters away and hence, I confronted him.

When I questioned him about his hesitance to walk such a short distance, he justified his act by showing me how the area where he threw the frooti tetra packs was already dirty. It had become the dumping ground for empty bottles, cans, packets and tetra packs and it was a disheartening sight.

Outside my society complex, Hyderabad

I was at a grocery shop right outside my society complex and spotted a couple who were relishing coconut water. They unabashedly hurled the coconuts down the road. I asked them whether this is the Swachh Bharat we are all dreaming about, only to be responded to with a smirk. Far from being apologetic, they retaliated in a conceited tone.

“Mind your own business! Does this road belong to your father?”

“Yes, the road belongs to my father and your father and all of us”, I quipped seething with disgust.

I realized this would get nowhere and walked away feeling defeated.

I was on a tour with my friends and we had just witnessed the eminent, grand ceremony of lowering of the flags by both countries at Wagah Border in Amritsar. It was an event that gave us goose bumps and was a travel memory that would be etched in our minds forever.

We were walking towards our hired car, still reeling under the effect of what we had just experienced. A man walking in parallel with his family threw some bottles on the road, and probably this was one of those rare occasions when such an act surprised me. Maybe, we were expecting better at a place like Wagah Border; well, our bad!

The good thing is that once my friend told him off for what he did, his son immediately picked up the bottles and assured us that he will put them where they should be. He demonstrated that kids are, more often than not, much more receptive than us and are great teachers. This incident brought back some reminiscences of New Zealand in a flash.

Our trip to New Zealand is extremely special to me – it was perfect in every way and it is not just to do with the spellbinding, raw and untainted beauty of the place. I can never forget each person I interacted with there, and more so, two little girls who inspired me for life.

During a bus journey, these little girls had hopped on at a stop and were seated opposite to us. The elder one was probably around 8 years old and the younger one seemed to be around 3-4 years of age. They were travelling alone, much to our amazement, and not once did they feel anxious or unsure.

The elder one was taking wonderful care of her younger sister and I was in absolute awe of her throughout. I noticed them enjoying a banana and some biscuits. After they finished eating, the elder girl looked around in the bus. When she could not locate a trash bin, she took out a garbage bag from her backpack and put all the waste in there.

My husband and I were so impressed by her attitude and her sensitivity at her age. What she did was probably something commonplace for her, but she moved me and cajoled me into introspecting. I had decided that day itself that I was always going to keep a garbage bag with me whenever I travel, and refrain from littering, whatever be the situation.

This is not about the government, this is about us

It is true that even after the Swachh Bharat Mission has been launched, some of our fellow citizens still have complaints with the Government about what they can do better to improve the hygiene and sanitation situation in our country. Though some of the concerns are well-founded, this post is not about the Government.

This is about us! Are we doing enough? Are we playing our role towards a clean India? All the above incidents I have narrated are factual and most have occurred after a whole lot of Swachh Bharat campaigning. It is saddening and exasperating for all of us who have envisioned a better, cleaner India.

Change the world, one person at a time!

As they say, change the world, one person at a time! Start with yourself- and then with the people we come across in our day to day lives. Let us inculcate in ourselves and our kids the habit to dispose waste rightfully. More schools should educate the kids on this topic and it should be a continual process.

All the activities that were undertaken as a part of the Swachh Bharat Abhiyaan should not end up being a fad for the purpose of pictures and some fame. From using all kinds of art forms to convey the message to actual participation in cleanliness drives, there are multitudinous ways in which kids can be involved to become responsible citizens and to spread awareness.

Today we had a party within our society campus and we cleaned up after it instead of leaving it all there till the next day for the housekeeping staff. These small things go a long way in shaping the next generation to be civil and humble with a rational mind-set. They are the ones who can potentially bring about a change in the attitude of people like the ones I have portrayed in the above examples if we fail to do so.

Do not hesitate to point out to those littering around that they are in the wrong. They may shun you or be rude to you, but a few may get influenced and change their ways. Next time someone asks you to mind your business when you try to rectify their actions, tell them that it is unquestionably your business because it is not their home but OUR country that is getting messed up.

Lack of cleanliness is a breeding ground for diseases and no one certainly wants to get affected by it. Just because everyone is dumping garbage somewhere randomly doesn’t mean you follow suit. Break the chain and lead the way. If there aren’t enough dustbins in a particular area, just carry a garbage bag with you always. It is as simple as that!

We need to understand that Government cannot provide dustbins everywhere. Even the most developed nations are unable to do that due to logistical reasons and expect you to carry your trash along with you.

‘Swachh Bharat’ is not just a mission, but it is an attitude. Only when our outlook will be ‘Swachh’, can we truly make India clean and beautiful. Please do not let this issue take a backseat with the burning issues of our country being the focal point. Through conduct, through conversations, through exemplification – keep doing your bit!

Swacch Bharat Mahaan But No Public Toilets For Women Outdoors!

Understanding What Budget 2015 Holds For Us

Rape Is Not Sexual Pleasure. How Long Before More Men Realise This?

Yes, Bharat Is Not Oscar Material. But You Knew That Already, Didn’t You?