Amidst Traffic Jams, This India-Returned NRI Discovered Her Very Own Brand Of Patriotism

As Independence Day comes up, its time to reflect on what this perfectly imperfect nation called India means to each one of us. Patriotism comes in many flavours indeed. 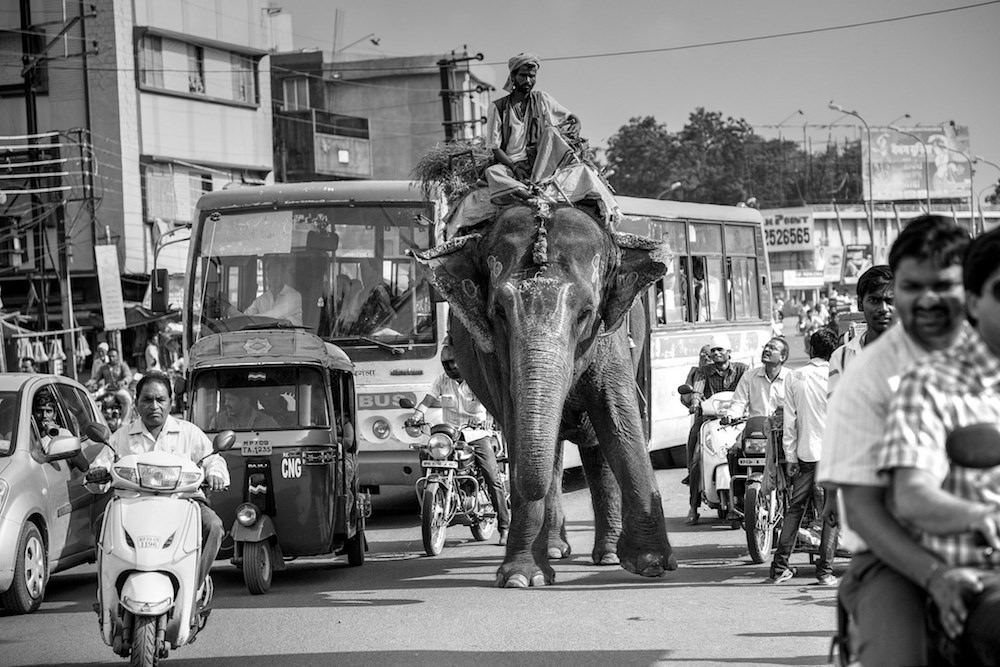 As Independence Day comes up, its time to reflect on what this perfectly imperfect nation called India means to each one of us. Patriotism comes in many flavours indeed.
“It’s so hard living here, how do you guys manage it, with the terrible roads, pollution, corruption at practically every nook and corner?” complained my friend A, as she scooped a dollop of hummus with a piece of the pita bread. We were meeting each other after almost a year and a half.
While appearing to not not show my mild anger at her hoity toity bickering I took a bite of my egg salad sandwich, a big bite meaning to comfort and motivate me to listen in. It’s difficult to stick to a diet when you’ve got a debate coming your way.
“Actually, I am loving our move back to India a little bit more than I had thought,” I  told her, “I am especially proud of where India headed at this point” were the words that sprouted out of my mouth, at this point. She gives me the “Oh! you are one of those new bhakts, now, eh?” look accompanied with the alienated and hurt expression; I could sense that she wanted to denounce my take with her hands hovering in the air.
After all, most NRIs consider criticising the Indian lifestyle and praising the West’s super clean infrastructure to be like the the soup and sandwich combo – they make for delicious companions. What’s not to like about that? My friend’s alienated feeling came from the fact that once upon a time both of us played for the same team, team NRI. While we proclaimed our love for India, we critiqued the nitty gritties of the Indian life in the company of fellow Indians, in India. When you live the NRI life, you end up feeling oh! so important; she reminded me of myself, of who I was just a few years ago.
You see, I consider myself a born-again Indian. After living in the US for more than a decade, when we decided to move back home, I had plenty of reservations. I had given us 6 months (at the most) before we packed our bags and went back. My fear for my children not being able to cope with the education system here was my top most pet peeve. On various holiday trips before, I had sniggered at the overall state of the traffic, pollution, corruption, and other what-have-yous that many NRIs like to complain about in general.
During our first year here in Pune, I remained doggedly firm about making sure my kids only drank boiled water, I was careful about carrying my small bottle of hand sanitizer with me everywhere, I kept myself away from driving the car, blaming reckless traffic and no tolerance for rules. By acting like I was a temporary guest, I was trying to extend our NRI status as much as I could. The first year came and went, and with it took along with it my insistence for ‘boiled water’; the kids were doing more than fine with regular filtered water, no one fell sick of cholera and malaria.
6 months down the line, our driver quit because he got a 30% raise somewhere else, so I had no option but to take to the wheel. That went good too, and I survived (even enjoyed) driving my small car, in and around the bylanes of Pune. The traffic was as bad as before but I made room for myself in that mayhem and I felt good about it. By year 4, I had subconsciously even stopped giving references about ‘How cool it was in the US’.
Oh yes, the good old life in the US was fantastic, but the more time I spent here, I felt like living in the US was like a test. In contrast to that, I seemed to exhale just slightly here, as if I had been holding my breath before. For me, the daily din that even an ordinary day brings about makes up for the lack of infrastructure and cleanliness of the West. During the past almost 6 years, I have developed a redefined sense of patriotism, I revel in the small time pleasures of waving out to the vegetable vendor around the corner who gets me the freshest fruits and saves for me my favorite vegetables. The education model could use a rev up but that is for another day to discuss.
Is India a 100% perfect county to live in? No, I doubt there is any perfect place in the world that meets all the requirements of being flawless in the eyes of each and every citizen, but like any other place in the world, it’s really up to its citizens to find their  perfect spot in an imperfect community. We concede and compromise on some other variables; when career transitions, opportunities for education take us to foreign lands, they are just of a different kind.
As a 11 year old, I had experienced my first feel good patriotic moment, when I saw on TV the first Indian to travel in space, Wing Commander Rakesh Sharma. He was asked by our then Prime Minister Indira Gandhi, how India looked from the outer space,and said, ”Main binaa jhijhak ke keh sakta hoon..Sare Jahan Se Achcha..” From there, to a much lot older self, I understand that patriotism comes in different forms to different people. For me, it is feeling pride for where I come from, enough to not belittle it. It is having reservations about the rule to play our national anthem at the cinema theaters, but happily standing up when the soundtrack of ‘Jana Gana Mana ..’ starts playing and no matter how many times I see the instrumental version, it’s a treat to watch it every time. Consciously respecting the respectability of my home turf, my motherland is the new me. I don’t find myself engaging in decrying, the imperfect ways of life here anymore. I reminded my friend of the funny catchy line from the Juhi Chawla staring Kurkure advertisement. “Tedha hai par mera hai”, says the character of the mother, referring to her son, who she loves and is protective towards despite being in the know, about him not being perfect.
I couldn’t have had a better comeback to rest my case than the, cheesy, masala sprinkled, repartee, and with that I sent back the half eaten egg salad sandwich.
Top image credit John Hoey, used via a Creative Commons license. Illustration credit to author Shilpa Godbole

Writer/artist. Combining my artwork with creative writing as a medium to put forth my views excites me. Being a mother, daughter, wife, grand daughter, friend, means that most of my art and writings are read more... 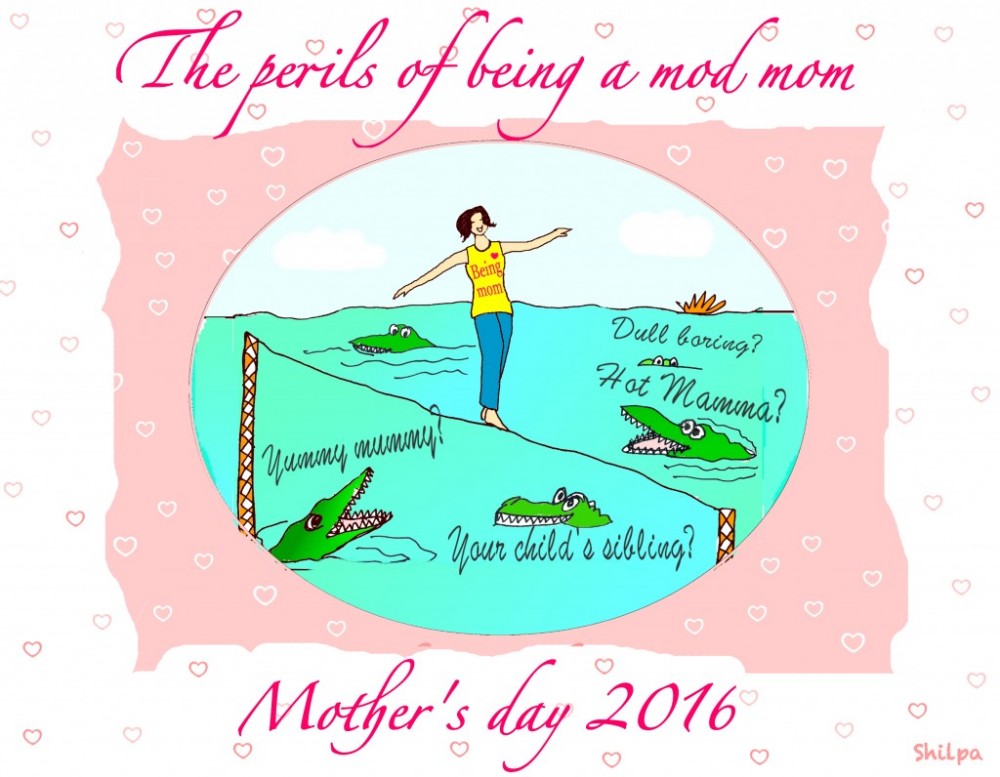 I Am Just A New Age Mother Who Wants To Be Fit, Not Look Like My Child's Sibling! Mean Girls Behaviour Toward Other Women? Let Us Take A Hard Look At That