Real freedom is about letting someone choose their passion without any restrictions, rather than just 'letting' them do what earlier generations had been denied. 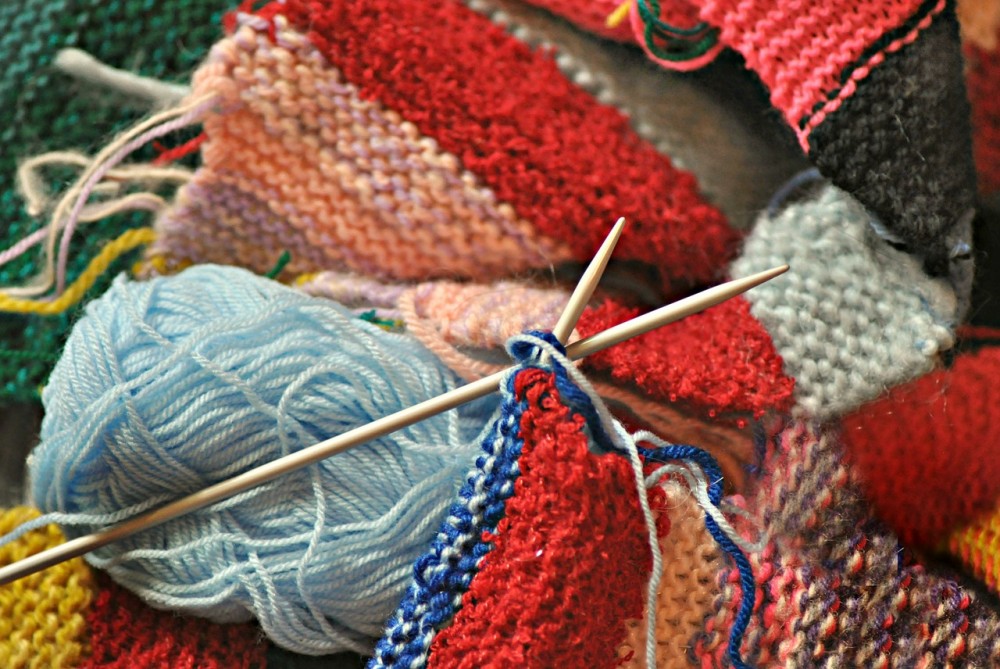 Real freedom is about letting someone choose their passion without any restrictions, rather than just ‘letting’ them do what earlier generations had been denied.

The old lady sat on a comfortable chair doing her embroidery. Not only was she exceptional at it, but, more importantly, she loved doing it. Her intense concentration was unwavering. She barely noticed her beloved granddaughter enter the room. The 6 year old girl looked longingly at her grandmother. “This is so beautiful. Can you teach me?”

“Later.” Nani said gruffly. “There is always time to learn these things. Focus on your studies now. What did they teach you in school today?”

“We learned addition. It was fun.” The girl smiled. “Papa has already taught me addition. So I was able to answer all teacher’s questions.” Her eyes shone with pride.

“That’s very good ma.” Stern old Nani could not suppress her pride in her grand daughter, and a tiny smile escaped her lips. The girl did not fail to notice. “You go practice some more sums ma. Maths is very important. You need to know maths to become an engineer or a scientist or an accountant. Actually maths is a very logical subject and is important for anyone to learn.” Nani continued pedantically.

“But I am good at maths.” The little girl protested, almost tearing up.

“Yes, I know ma. But you need to practice regularly to stay ahead. Studies are very important if you want to become a successful and independent woman.”

“Okay Nani, but when will you teach me to do embroidery like you? You are so good at it.” Her grandmother was good at all kinds of needle work, embroidery, crochet, stitching and knitting. She was very good with her hands. Even when she cut vegetables she did it with precision, all the pieces would be the same thickness or size. Her handwriting was so beautiful, it looked like embroidery on paper.

Nani blushed. “Thank you ma. But these things are easy. They can be learned at any time. You go ahead and learn the difficult things like maths. You know, you are lucky. In my time most girls were not even allowed to go to school. Our mothers just taught us stuff like embroidery and cooking.”

The girl’s eyes were wide with disbelief. “Nani, you never went to school?”

Nani’s eyes had a glazed distant look like she was actually seeing her past. “No, I was relatively lucky. My parents sent me to school and I did learn some maths. But my parents never took our studies seriously. Learning knitting cooking and embroidery and getting married were what was considered important.”

Every one in her family stressed on the importance of an education, and the little girl was good in her studies. She usually came first or second in class. But nobody bothered to teach her knitting or embroidery. Even drawing was not considered important unless it was for her science class. Mama fussed about drawing the water cycle, but got impatient if Tania spent too much time and effort on her drawing homework.

6 years went by. Now the little girl was being taught knitting in school. It looked so interesting. She was excited. Now Nani would teach her because it was a part of the curriculum. And just like Nani, she would be good at it. But she was disappointed. Her family, including Nani, had the same attitude to her knitting homework as they did to her drawing homework. Just get it done as quickly as possible so you don’t fail the class, and focus on the important subjects like maths, science, English, history, etc.

Years later the little girl was a grown woman. She was an economist with publications in prestigious international journals. She was on the board of advisers of several multinational companies. She was definitely independent and successful, just like Nani wanted. Papa was proud of her and jokingly took credit saying, “It is all because I taught you maths.”

The young woman could not deny it. She would never have been as successful as she was today, if her family had not encouraged her and she did love maths. Nani was so proud of her doctoral degree, a copy of it hung on a frame in Nani’s bedroom at the foot of her bed, so she could look at it every night before drifting off to sleep.

A decade went by, and now the young woman was the mother of a 7 year old girl. She was going through a carton of her childhood possessions, looking for a book she wanted to read to her daughter when she saw her old knitting needles. She had always kept them. She remembered Nani, who was now dead. Nani had not kept her word. She had she never taught her.

Nani had said there would always be time to learn later. Was this later enough? She wondered. Anyway, at least no one could stop her now. So she began to knit, clumsily for sure, but one had to begin somewhere.

Her 7 year old daughter came up to her. “What are you doing mama?” She pointed at the knitting needles. “What is that?” This generation hardly ever saw people stitch, embroider or knit. They never even went to tailors. They just got ready made clothes from stores.

“What is that? Are you making this cloth from this thread? How do you do that? Will you teach me?”

The young woman wondered if she should say what she was always told. After all, her life had been a successful one. Yet, should her baby girl have to wait half her life, to indulge in something she was interested in? Could there be no middle ground? She asked, “Have you finished your homework and practised your sums?”

“Yes mama. It is the first thing I do after I finish my evening snack.”

“Okay then, get over here next to me. I am not too good at knitting, but may be we can figure this out together!”

As mother and daughter puzzled out the intricacies of knitting, mother smiled. She decided that feminism was about having all the choices, be it knitting, cooking, writing poetry, playing the harmonium, solving difficult maths problems, performing surgery, or tinkering with gadgets – and she wanted her daughter to try everything she was curious about and dedicate her life to her passions.

Luckily for the mother, maths had turned out to be a passion, but what if she had hated it? Besides one could have more than one passion couldn’t they? Hey, knitting could turn out to be one of her passions! Why else had she held on to those knitting needles?