A Family Of My Own [#ShortStory]

"I wish I had not gone searching for something that I felt was missing. Cause it wasn’t." Look for the freedom within yourself. 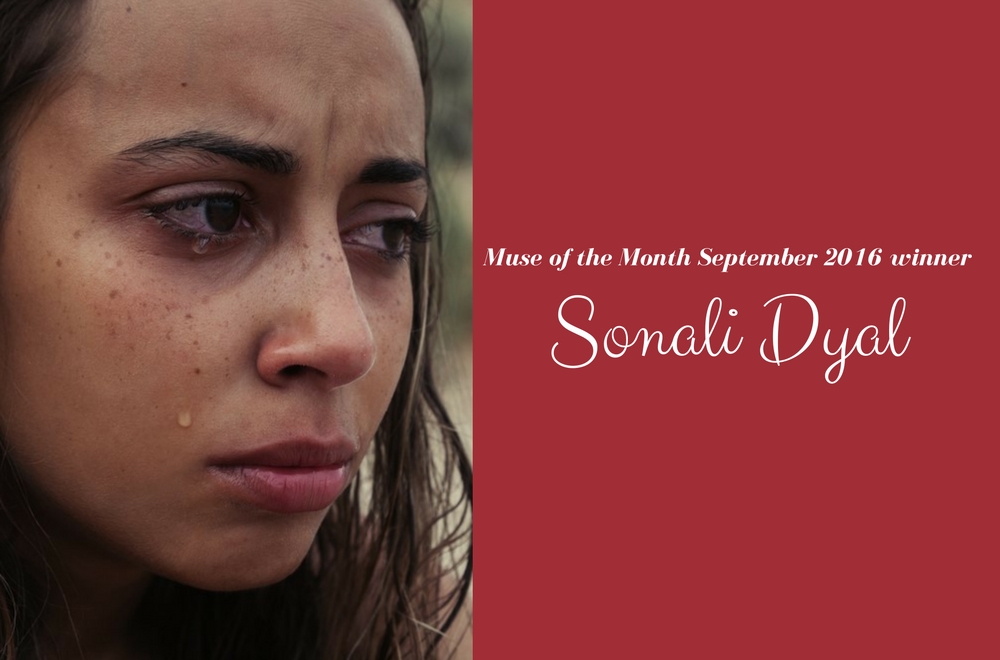 “And so she grew up thinking that in order to be happy a prerequisite was having a family of her own.” Look for the freedom within yourself.

Here is the second winner of our September 2016 Muse of the Month contest, Sonali Dyal.

A Family Of My Own

His face appeared ageless, rugged and handsome. He looked like the very image of youth. Twinkling eyes and ever so slight wrinkles at the corner of the eyes. Yet he looked younger than his age.

Her brows tensed in concentration. She glanced at the picture for a while and then closed her eyes, trying to remember his smell, how he would come home after work and pick her up in his arms. Or that he would’ve snuck in some candy or treats lest her mother would notice. She remembered how he was always patient with her – from helping her learn tie her shoelaces to teaching her to ride a cycle down the street, sans training wheels.

She would never forget that day or Black Friday as she called it, when her mother sat her down and informed her that her father had passed away in a car accident. All of 8 years and never had she experienced a pain as brutal as that very moment. Growing up with a single mother she was witness to the hardships and loneliness that came with it. Many times she caught a faraway look in her mother’s eyes and it made her sad too. Not really understanding what the look meant though. Her mother always said, “It’s difficult being a woman all alone, that too raising a child”.

And so she grew up thinking that in order to be happy a prerequisite was having a family of her own. She yearned for her future children to be able to experience the joy of both parents by their side. She saw romances flourish in school and college and how quickly her peers and friends got married and even moved away. Facebook would be flooded with engagement and wedding announcements soon followed by baby pictures and family trips.

Her interaction with the opposite sex never led to any major commitment or need for marriage, at least on the man’s part. Her extended family told her mother to start looking for a suitable young man for her. A banking job and sharp mind in tow she was undoubtedly a lovely match for any man. However she knew what she truly wanted was the stability of a family, partner and child.

The marriage proposals soon came flooding in post the creation of a matrimonial profile on a popular marriage website. Among them was a man who was known to her maternal uncle. He immediately exclaimed in excitement that the boy was working in finance as well and was very well-mannered. Her family figured that this was better than getting married to a complete stranger. And thus a meeting was fixed by the families.

She looked at him bashfully and then down to his well-tailored shoes. She glanced at his white pristine shirt and eagerly listened to his deep baritone. She wondered how it would be to share a home with him, have children and make plans for their future. Just as she looked up at his face she found him staring at her intently. In an instant he broke into a smile. They went for a short walk and he asked her what she liked to do with her time and at home. He mentioned that he was very meticulous and organised, both as a professional and personally. She took an instant liking to him remembering her childhood and how her father’s tolerance and pleasant demeanour had fostered trust and safety within her.

After much time had passed, she opened her eyes ever so slowly, wanting time to come to a halt at her childhood itself. She tore herself off the floor and walked into the washroom. As she turned on the faucet she looked at her reflection in the mirror. She did not recognise the woman she saw. Bruises across the cheek and a swollen lip. A scar just above her eyebrow. Complexion turned to reddish-purple on certain parts of her face and body. She wondered why time had been so cruel to her. How had she not seen the signs? How could she have not known that the man she was married to was nothing like she had imagined? That his external persona was a complete farce and more so to have others look up to him and like his company. But behind closed doors he was so different. She wondered what her children thought of her. What did they think of their mother who spoke meekly except for loud resounding anguished cries of pain when she was belted by the man who called himself her ‘husband’?

She glanced at the time and realised that her kids would soon be home and she must prepare their food. She also had to make the house look neat and orderly and not that it had been hit by a hurricane a few hours ago. She looked at the framed photograph next to her father’s.

“Mom I wish you had felt complete with just me. I wish you knew we were still a family even when he passed away. I wish I had not gone searching for something that I felt was missing. Cause it wasn’t. My sense of completeness comes from me. Maybe then I would not have married for reasons I thought made sense. Maybe I wouldn’t have looked for a sense of security in another human being. Maybe then I would not have made a choice that would turn in another direction. Far from what I thought or hoped. Maybe I would’ve realised that the freedom I so longed for and fought for, I had that already. I was free then itself. I was free being me.

Maybe if you had felt complete…”

Sonali Dyal wins a Rs 250 Flipkart voucher, as well as a chance to be picked one among the 10 top winners at the end of 2016. Congratulations!