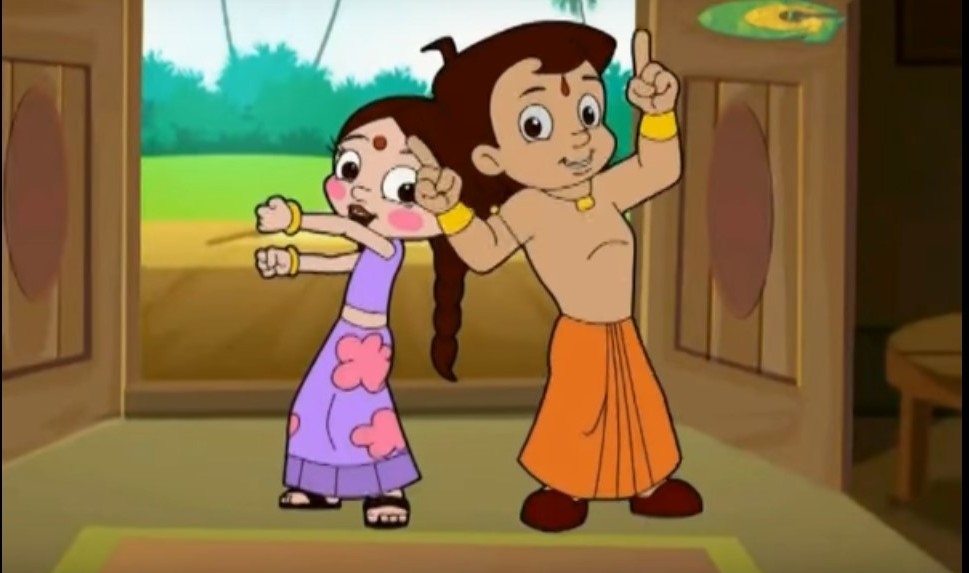 Teaching children about gender bias begins at home. It is the small things we do and say as parents, that gives rise to the culture of ‘boys will be boys’!

My daughter is four years old. She is growing up in fairly privileged circumstances. Nobody forced me to do a scan to find out what her sex was when I was pregnant. When she was born, the family rejoiced unequivocally.

She has an unapologetic feminist for a mother and a father who doesn’t express his politics to the wide world as much as her mother but is a firm believer and practitioner of gender justice. She is growing up among educated, mostly upper class people. It’s easy to assume that she wouldn’t have experienced much gender discrimination, given the circumstances.

True, nobody has denied her food or education but already, she has had experiences of people telling her what she can do and what she cannot. Some of these are well-meaning adults (“Don’t climb trees!” “Don’t play with the boys…they’re too rough!”) and some are children, especially boys. When we discuss gender, the conversation invariably becomes about violence against women and turns into a lament about how bad things are for the women of this country.

It’s indeed true that India is among the worst countries in the world for gender equality and that newspaper headlines routinely bring us tales of unimaginable, bestial violence towards women. However, very often, we speak of these events as if they take place exclusively because of the criminal’s psyche or the victim’s own actions and distance ourselves from what has happened. In other words, we are not willing to analyse how and why we have a culture where such headlines have become routine.

How have we contributed towards building a society where a woman can be gangraped not once but twice by the same people? Why is our justice system the way it is?

There are no simple answers. But perhaps we should begin with the playground. These observations are purely from my own experiences of parenting and yes, it’s anecdotal data but I still think it’s worth it to record these here for a closer examination.

I’ve often noticed that when children play in small groups of twos and threes, their gender is quite irrelevant to how they play. But when the group becomes larger, they tend to stick to children of their own gender – maybe because they find safety and security in a herd.

When this splitting happens, territories get marked and the games become somewhat more aggressive than earlier. They seem more eager to conform to the gender stereotypes that they have grown up observing when this happens – the boys get destructive and snigger over the Barbies that the girls are playing with (and with which they were playing too just a while ago); the girls get defensive and complain to the indulgently watching parents about the behaviour of the boys. It all appears to be innocent fun – except, it isn’t.

Rarely do parents intervene in these circumstances and talk to both sets of children about what’s going on and why this is unacceptable behaviour. Why do the boys look down upon what the girls are doing? Why does it automatically become inferior and stupid? Why don’t the girls fight back instead of running for help? Why don’t they stand their ground? Why do they not snigger similarly over the ball games that the boys are playing?

I’ve heard so many mothers of boys tell me that I have it easier because I have a daughter – their sons do dangerous things (like falling into a gorilla cage), they speak rude words, and they have a propensity towards resolving issues with violence.

All of this, however, is attributed to the fact that their child is a boy. As in, it’s in his nature to be that way. And what can we do about nature? You accept the havoc the way you accept volcanoes and tsunamis.

Mothers of girls, of course, know that their little ones aren’t angels in frilly frocks. There are plenty of little girls too who do dangerous things (I know a two year old who fell off a two-storey building and escaped without a scratch), who behave badly and throw tantrums. However, their behaviour is always called to question. Nobody appears to think that they are that way because they are girls. Nobody tries to rationalize their poor behaviour with their gender.

What we’re doing right there is creating a culture of entitlement where it’s okay for little boys to behave badly and get away with it because they have a penis. We’re telling them it’s funny to harass the girls. We’re telling the girls that they cannot resolve their problems without some kind of external intervention. And then we act surprised when grown men and women behave in exactly the same way. We’re shocked that our society is such that a man can treat a woman any which way he wants and everyone tolerates it.

Now I don’t encourage my daughter to hit other children but I have told her that it’s okay to stand up for herself when playground bullying happens. I’ve taught her to talk back when someone tells her she cannot play here because this ‘area is only for boys’. I’ve taught her that it’s perfectly fine to defend herself physically if someone is trying to hurt her. I’m always around to keep a watchful eye but I allow her to fight her own fights.

The culture of entitlement is all around us. For her nursery school concert, my daughter told us that the teachers had said only a boy could play the drum because this required strength. This is, of course, pure baloney. As all of us sat in the audience that day and watched, a very smart little boy marched down the hall, led the rest of the class to the stage and opened the concert by beating the drum. None of this was physically impossible for a girl to do and yet, when it comes to positions that are about visibility and leadership, the natural choice is often a male, even if he’s only four years old. And even if the person who is in-charge of making that choice is a woman.

Parents think topics like gender sensitization are for much older kids (if at all) and that children so young just won’t get it. This is a mistake because gender constructs are all around us – in the Chhota Bheem who is always strong and the Chutki who always gets tired first when they do something physically intense, in the movies where the hero is always doing and the heroine is just standing around, at the school where boys are encouraged to play sports and take up leadership roles while the girls are pushed into ‘softer’, less visible activities, at home where the father lounges in the couch while the mother makes the meals all the time.

My daughter already knows what gender bias is. I explained it to her in very simple terms: if someone tells you that you cannot do something because you’re a boy or a girl, it’s untrue. You don’t have to believe them because they are wrong. Even if that person is a grown-up. I was surprised to see how quickly she absorbed this and how easily she came up with instances when someone had ‘done a gender bias’. Because she’d already heard this so many times in her very young life.

Recently, my daughter told me about a boy in her class who snatched a book that she was looking at because it was ‘not meant for girls’. It was a book on racing cars. She bristled with the injustice of it when she told me about what happened. But she also added, laughingly, that the boy ‘didn’t even know that he was doing a gender bias!’ She actually felt sorry for his ignorance and tried to educate him about it though I doubt that he understood.

As for the book, what happened? Let’s just say that my daughter got it back and also gave it to the other girls in her class to look at. Why? Because it was an awesome book and everybody in the class had a right to discover it. Everybody.

Sowmya Rajendran is a feminist, and an award winning writer of many books for children and grown-ups.

Pinks and Blues: Why Do We Perpetuate Gender Stereotypes?