Until society is able to see women as independent individuals with equal rights, we would still need women-centric laws. Until then, freedom is a myth. 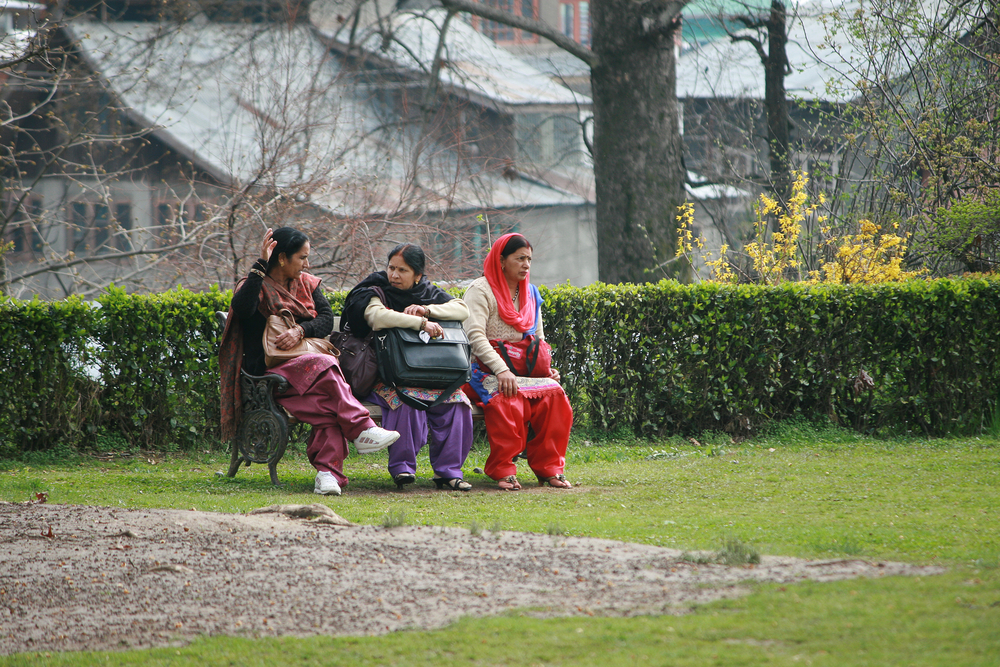 Until society is able to see women as independent individuals with equal rights, we would still need women-centric laws. Until then, freedom is a myth.

A few days ago, I happened to see an old episode of the new Mahabharata which was telecast on Star TV. That episode left me with myriad thoughts about Draupadi and Krishna. The scene still replays in my mind where Krishna tells Draupadi to forgive Duryodhana first. Also how he guides her how to overcome her grief by thinking that if she being a Queen can face issues of this magnanimity, then what would be the state of affairs for a normal woman.

I think if we replay this in our minds still as Draupadi or Sita what has really changed in this century? I am not being negative here but it leaves me with a restless thought that Lord Krishna, whom she calls a ‘sakha’ (friend) was there to help Draupadi with her grief and anger. But who would help the normal and desolate women in this century or any century for that matter? We say we are developing and achieving so many things in society. But deep down do we really think that anything has changed for women? Just being educated and being successful is not everything as per the myths which have been set in the society.

The problems faced by women are still stupendous. I personally do not feel we are free, as the thought process in society has not changed. Any change cannot be enforced by law but it has to come from within. People especially our older generations and the hypocritical male population need to change their thought process. But is this really possible? You will be surprised it is very difficult in most people, including in the so called educated people.

I would like to give you an example of an incident in a Pune court for which I was witness to. There were advocates discussing some issues which they came across in the Bar Rooms of the courts. The senior advocate mentioned that the Bar council had male representatives who were making fun of laws which were created to secure woman against cheating and adultery. The male representatives went to the extent of saying that all laws are for woman then why do they even make an attempt to go to the courts? They already know that the case would be in their favor, and that women squarely misuse all the laws. But these so called elite lawyers of the society never thought why were these laws made? What was the need to make them? If everything was so simple, then why would these laws be needed?

The answer given by a senior woman advocate really made me think through on what the current position of our so called developing society is. This woman advocate said that when we are born we are asked our father’s name, when we get married we are asked our husband’s name, when we grow old and are widows we are asked our son’s name. So technically in all stages in our life we are an appendage to somebody either father/husband/son. We as a woman are not an individual but are an appendage. So are we really independent?

Independence is all about treating each person as an individual and having an identity of our own. But we as women cannot be recognized with our name but need a surname or some man’s name to support us. The woman advocate brushed the male advocates aside and said that when all of you really start treating a woman as an individual and not as an appendage we would not need these laws anymore.

These conversations left a deep impression in my mind, which made me very restless. Am I nothing without a surname or a man’s name? For example Reema/Geeta etc. do not have any value in themselves unless and until it has a surname Chopra, Thakkar, Mehta or Bobade etc.

The classic experience in a current divorce case which my dear friend Revathi went through were her so called loving in-laws and husband insisted that she cannot use their family name but their granddaughter can. Why is a surname so important? Just because it shows a family lineage? Are we Raja, Maharajas to bloody worry about family lineages? The so called supportive parents of my dear friend are equally livid about her turning back to her maiden name. What the hell is she supposed to do in this ping-pong about family lineage?

The same best friend went through an appalling experience with a finance company who was supposed to give her a car loan with a tourist registration. She wanted an additional income for which she decided to buy a tourist car and put it on rent but she was refused a loan saying that her husband would also have to sign the loan papers and there would have been no problem if the car would be purchased in a male name. I was flustered completely after hearing this how can somebody treat woman like this?

So my dear woman friends the question still remains are we really free? I do not think we are free and there seems to be very little scope for anything to change. Draupadi at least could aim towards achieving personal satisfaction and overcome her sorrows because Lord Krishna helped her every bit of her treacherous journey. But pray who is going to help us?

The situation is so bad that we would need so many ‘Krishnas’ to help us! I am not an atheist. But patience seems to be running out in my mind – when would all this stop? The country is progressing, but I wonder when society would progress. The PM, the National Woman’s Council, NGOs of this country need to think about how the thought process of society needs to be changed. Pray where would they bring so many Lord Krishna’s from?

On a lighter note I personally do not think the current male population has even an iota of the qualities of Lord Krishna. So I guess it is a tough road ahead. All we can do is keep on expressing our views, stressing our independence and help each other as women to come up in the society. And of course last but not the least pray to Lord Krishna to help us also as he had helped Draupadi…