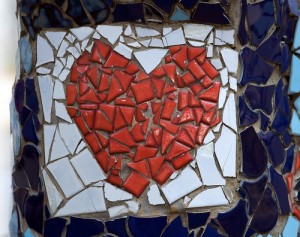 For most women who have gone through a break up or divorce, the pain can be hard to express. There’s a feeling of rejection, trying to wrap your brain around what went wrong and how you could’ve kept your family together.

For me, watching my parents who had an arranged marriage go through many ups and downs and wondering as a child how they stayed together despite it all, made me aware of the fact that marriage is no fairytale. When kids are involved, sometimes they make you take paths that are for their well-being rather than your own. It certainly makes a difference if, through it all you have a strong support network including your in-laws.

Many friends of mine have been talking about the challenges they face with negative relationships with their in-laws or parents. Striking that right balance between ‘keeping the peace for the kids’ sake’ and their own self-esteem is tricky.

This topic of managing relationships with in-laws after a divorce can be so wrought with angst and lately I’ve been bombarded by stories from fellow moms. Nadia Shah (MSW), who is currently married and lives with her mother-in-law and brother-in-law says, “We take care of them financially. It’s a complete role reversal”. She is also licensed as a clinical social worker (LCSW) and works full time for an Orange County mental health clinic. She has a great site on the subject called, www.southasianinlaws.com.  She talks to us about how a separation can affect your relationship with your in-laws and how we can manage that.

How can your relationship change with your in-laws after a divorce/separation? What challenges might a woman who’s a mother face?

Naturally the relationship with in-laws will change once you are divorced. A recently divorced mother will need to be prepared for a number of challenges. The main one will be trying to maintain a pleasant family environment for the child/children. There is a possibility that her in-laws or her ex will be saying negative things about her to the children and there is a possibility she may be expressing negative thoughts also. In addition to that, any divorcee needs to be aware that mixed feelings may arise when interacting with her ex or her in-laws. It’s natural to feel a variety of emotions when dropping the kids off at her ex’s or bumping into him somewhere else. Another challenge will be adjusting to a different family structure. Maybe the mother had support from her in-laws or was friends with her sister-in-law and hopefully she can continue some level of closeness with them but she should be prepared for change all around.

…any divorcee needs to be aware that mixed feelings may arise when interacting with her ex or her in-laws.

California mom, Vaishali also known as @ChaiChatter on Twitter, recently talked about her experiences here. She says, “The biggest challenge I’ve come across is separating myself from being their Bahoo to now being their grandkids’ mom. Although they’ve made a valiant effort to maintain a relationship with me , I’m the one that has separated the old from the new hurt feelings that have come about – but felt I needed to do that to disassociate myself from the past as much as I can given the circumstances in which I was divorced.”

If the relationship was a good one (with in-laws that is) how can that be maintained once a separation has occurred? What is important when it comes to open dialog and preventing resentment?

As we all know, we can only control our own actions therefore if you want to maintain the relationship, you have to be the one to put in extra effort. This means openly saying to your in-laws something along the lines of, “We have been family for X number of years and I would like to continue our relationship. I understand that there will be a lot of changes for all of us. What can I do to keep you a part of my life?” Don’t expect your in-laws to come to you and put in the extra effort. They may be coming from a culture that practices indirect communication or be hesitant to approach you because they may think you want to disconnect. Make it clear what you want.

If the relationship was a negative one prior to the breakup, should you try and continue to maintain a relationship with in-laws? How can this be done inspite of a breakup? How should children be encouraged to have that relationship with grandparents in this situation?

Unfortunately, many in-law relationships are unhealthy and negative, especially within our culture. In this situation, you still have the responsibility of maintaining at least a decent relationship with your in-laws for the benefit of your children. There is no such thing as “too much love” for kids; so try to keep your in-laws involved in your kids’ lives. That might mean, inviting them to birthday parties or sending your kids over to their house for holidays.

…consider talking to your in-laws and making it clear that you plan on maintaining a relationship with them for your kids’ sake.

You should avoid saying anything negative about your in-laws and your ex to your kids. I would hope your in-laws and ex would also avoid saying negative things about you but there is that possibility that they won’t hold their tongue. Maybe you should consider talking to your in-laws and making it clear that you plan on maintaining a relationship with them for your kids’ sake. Also, gently request that all parties involved not say negative things about each other in the presence of kids and that you would like to maintain open communication. If this is too uncomfortable for you, consider having a 3rd party or therapist involved as a mediator to negotiate the relationship. Everyone has a responsibility towards the children involved.

What are some of the myths around in-laws we might carry with us after a break-up that can add to frustration and family issues?

Interesting question! Some may believe that their in-laws are back-biting and that might interfere with how you approach your in-laws. When you have doubts about someone’s feelings towards you, it can affect your demeanour towards them. There’s no guarantee that they would be saying anything about you behind your back but if you go in with assumptions, naturally you’ll act defensive.

Another common myth is that in-laws will take their son’s or daughter’s side always and not yours. That may not be true. Again if you assume that your in-laws are “against” you, you may act defensive and create tension when there wasn’t any to begin with.

I would recommend not asking your in-laws to ever take sides or even bringing up the faults in your ex. However, if your in-laws bring up the issues that led to the divorce or anything related, don’t hesitate to answer their questions or calm their concerns. Do it gently though.

Breaking Up: Your Step-By-Step Guide To Getting Divorced