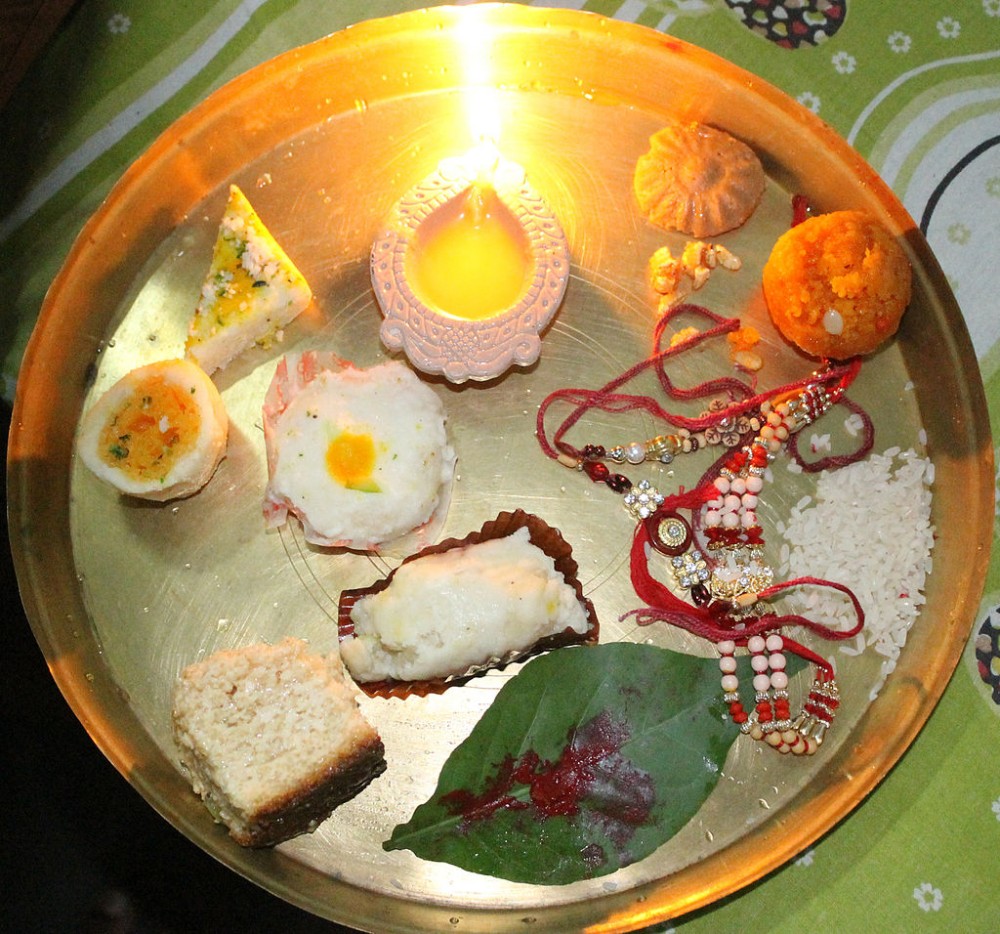 Is It Time We Upgraded To Rakshabandhan Version 2.0? [#WomenOnTheMove Chat]

Long ago, a fierce battle raged between the gods and demons. The gods were on the verge of losing the battle. It was then that Indrani, wife of god Indra (the King of gods) tied a bracelet on the wrist of her husband to protect him from all evils. The story goes that the next day Indra won the battle.

Coming down to earth, sometime in the 16th century the sultan of Gujarat -Bahadur Shah, attacked Chittor, the capital of Mewar. The queen Karnavati of Mewar sent a bejewelled Rakhi to Mughal King Humayun seeking his help. Though it is said that Humayun accepted this tender gesture of the queen, he could not save her.

Raksha Bandhan signifies this. The book Hanklyn-Janklin by Nigel B. Hankin defines Raksha Bandhan as a custom from Rajput times where a sister ties this thread for protection – protection not only for herself but also for her brother from all misfortunes.

Over the years, the latter interpretation has got lost. The festival today just signifies the bond between the brother and sister and with the added message that the sister ties this thread for her protection.

Earlier this week, we had our weekly #Womenonthemove chat over at Twitter, and this is what we discussed. And we realized what this  festival signifies to the modern women of today. (If you’re not yet following Women’s Web on Twitter, do now, and you can come over for the chat too, every Thursday 6-7PM IST).

Traditional meanings does not hold true!

@womensweb A1. Safety is in our hands bt its gud to know my bro is there too. Its more of a family bonding time.

#Womenonthemove @womensweb A1. More relevant possibly in the past than in present times. There would have been a societal reason for it 2/2

@womensweb A1 No. For us it was always celebrating the bond & being there for each other. Patriarchal angle was never there #womenonthemove

@womensweb#Womenonthemove agree. But may have been a requisite of those times. Some traditions simply get continued despite changing times

@womensweb celebrating a festival that glorifies one gender reinforces patriarchy.

@womensweb #Womenonthemove also now marketers milk it for what its worth. Everyone out to create ‘relevant Indian days’

@womensweb absolutely my little one saw a n/p story about gold/diamond rakhis and was asking how does the price of the thread matter mamma?

@womensweb Definitely. This festival is nt practised traditionally in the south, bt nowadays u get rakhi themed offers on everything.

@womensweb its more commercialised but still its gendered core doesn’t change,in another forum I was told sisters like being protected 😈

@womensweb Yes! I know many women who plan on ‘shopping’ with the money they would get as gifts!

@womensweb Certainly! Traditions should have a shelf life, and this is approaching the end of it!

@womensweb Its time to look beyond the ‘brother protecting sister’ symbolism of #Rakhi and stressing more on ‘healthy bond of relationship’.

@womensweb Also, like other things, there should be individual choice in this. Not a forced family affair!

@womensweb I tied rakhi to my 11 month old baby:D

@womensweb my parents tied me a thread of love and so did I,now do the same with my only girl child,its not about gender,its about family.

What about single kids?

@womensweb #Womenonthemove A2. Cousins. I have them aplenty. Most of mine were postal rakhi recipients. Now e-rakhis. 😂 Sentiment counts

At the end of the day!

@womensweb Girls need to be taught self-empowerment and self-defence, to reiterate that they can take care of themselves. #Womenonthemove

A new contributor here at Women's Web, I will be adding more here about