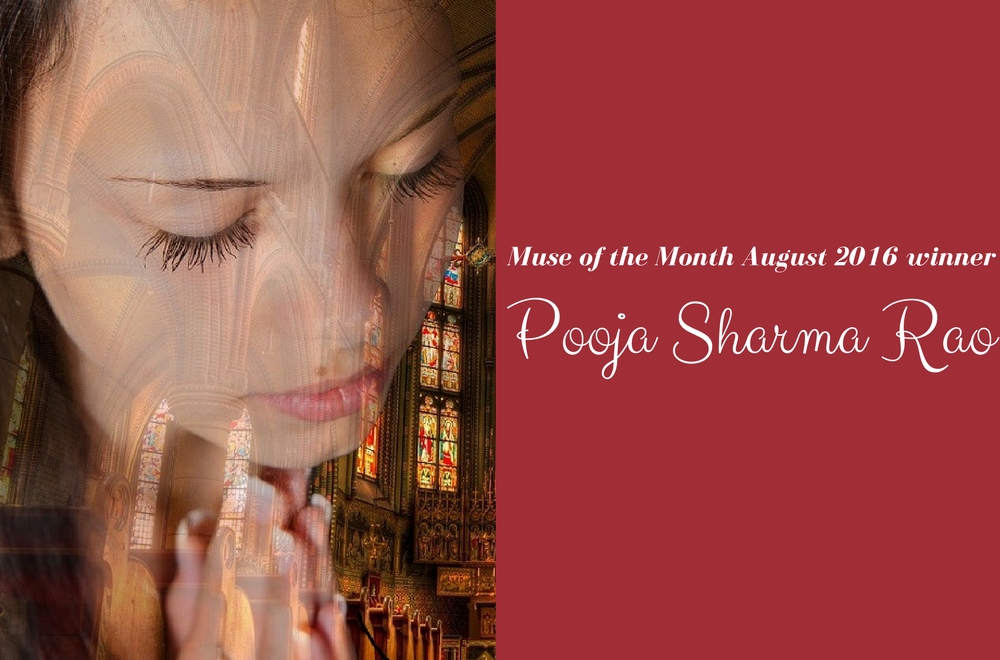 Nothing Is Forever [#ShortStory]

She gave in, but when she knew better, she stood up for herself, creating a new life from the ashes of the life she had till now.

Here is the second winner of our August 2016 Muse of the Month contest, Pooja Sharma Rao.

The cue was: “For the first time she realized that nothing was permanent in life – friends, circumstances, riches or parental love.” — Tanushree Podder, Nurjahan’s Daughter.

Tashi Chodron was a symbol of peaceful resistance, women’s empowerment and brilliant literature from conflict.

She was born in McLeodganj, her parents had moved there from Tibet a few years ago. Her father started a school and provided her and her siblings good education and a comfortable life. As soon as she was in high school, proposals for marriage came pouring in and like all traditional parents the best prospect was soon arranged for her.

The first few months were stuff that dreams were made of. He was an upcoming writer, travelled a lot, was used to fans and publicity, but soon she realised he was also used to something else – violence. It was the kind of vicious violence that happened in the closed confines of bedrooms. The scars of which are too personal to reveal and too hurtful to ignore.

Still she carried on for three long years because ‘abandoned’ women were not honourable in their culture. It was another ‘episode’ as he would call them later, when he pushed her so forcefully against the wooden railing that she knew he had killed their third baby instantly. She walked out, blood running down her cotton trousers, straight to the police station.

Four days later as she lay in the hospital, she saw her mother sitting by her bedside. She knew the same rehearsed lines would now pour at her about tradition, marriage, and hope. Her father and brothers were waiting for her to gain consciousness so that she could withdraw her complaint and not ‘disgrace ‘the family. She didn’t. Hers became the first case from their community about marital rape and violence in Himachal Pradesh High Court.

The most expensive case for her, it took away everything – her home, her marriage, her social status and most importantly her family. She was disowned and all ties were severed, so much so that even relatives or former friends looked away when they saw her somewhere in the town.

Tashi took refuge in books. She read Buddhist literature and every book she could lay her hands on. In the next three years she survived on charity by tourists and odd jobs but completed her graduation and teacher’s training via correspondence courses.

She stared writing a blog and small assignments for local magazines and newspapers. A year later she was teaching in a monastery’s school and also working with an NGO for women. She now realised she had to let go of her family and unborn children to find a much larger family of distressed like herself.

Today the auditorium was bustling with literature enthusiasts, critics and Buddhist monks. One of their own would be here later for an event for her much-acclaimed poetry book.

Tashi walked onto the podium to read her favourite piece. Her voice faltered a little in the beginning, as she remembered the ‘No’ that she could never say to her father when she was married off young, or the ‘enough’ she should have said to her husband.

Look out
At the cages
Ties of blood and race
Family and society
And then look in
Towards freedom
Find the peaceful place
That says and repeats
‘Nothing is permanent’
Be your own Buddha.

Amidst applause Tashi saw faces of women from her NGO, her students, and in the last row her ex-husband holding a copy of her book. The dedication of that book read – To Buddha, who said “nothing is forever.”