'Fidelity' or 'monogamy' would mean different things to different people at different stages of life. Some could be okay with flirting but no sex, while others may be comfortable with threesomes and partner swapping too but not emotional infidelity.

Trigger Warning: This speaks of infidelity, emotional abuse and trauma, and may be triggering for survivors.

Rajat is 43, divorced and single now. He has been on several dating apps and says, “Married women are the safest bet to have casual sex or an affair with, they would tell nobody and would not ask for a commitment either because most want to keep their marriages for the sake of their kids or ‘log kya kahenge’ (what will people say).”

Jivika’s husband is a pilot and his job involves being away a lot, her arranged marriage has been only about keeping families happy and keeping the household running. She has had an affair with her gym trainer for two years. He is younger, easier to access and safe. She comes back ‘home’ happier most of the times.

(Shared with consent from my relationship counseling clients, names changed on request).

Infidelity in India is probably as old as our arranged marriage system. It takes new dimensions in our culture that is obsessed with marriage, one partner for life, and janam janam ka pyar (partners for several lifetimes). It is a topic that is emotional, ethical, social, moral, economic and legal all at the same time.

Esther Perel, a celebrated psychotherapist known for her work on the subject of infidelity says in her famous TED talk Rethinking infidelity, “Infidelity has a tenacity that marriage can only envy”. Perel further elaborates that women historically were economically and legally dependent and hence divorce was rare. Now both marriage and infidelity have undergone a sea change. Infidelity doesn’t now endanger inheritance or parentage but hits at the modern notion of marriage as a “romantic arrangement.”

While the trauma is very real, infidelity isn’t a black and white concept

Let’s also look at infidelity and monogamy in the context of any romantic relationships, not just a marriage.

Infidelity comes with huge emotional trauma for the partner who ‘does not stray’. But the assumption that this is the only partner who suffers and is the ‘victim’ might need a re-think. A viewer on this very TED talk who has been a ‘perpetrator’ responds, “30 years ago I cheated on my greatest love and was discovered. It destroyed us both and while she recovered, I didn’t. After trying so hard to make it work again she left me and went on to meet and marry another. She is now very happy while I have never fully recovered from the guilt, the loss and the self-blame.”- N. Kellett

However what must not be forgotten that the notion of “fidelity” or “monogamy” would mean different things to different people and each couple defines it differently at different stages of life. Some partners could be okay with flirting but no sex, while there could be others comfortable with threesomes and partner swapping too but not emotional infidelity.

Why survey numbers contradict what we socially perceive

A survey by India’s first extramarital dating app suggested about 55% of married Indians were unfaithful to their partner at least once, of which 56% were women. Now in a culture that believes that women do not “want” sex as much as men and are often groomed culturally in shame and fear of social stigma, these figures shook the very foundation of the great Indian happy marriage that rested on the sacrifice and erasure of women’s desires.

Experts have also suggested that the family structures in India, the top to down controlling system of parenting also leads to severe insecurity and trust issues among adults. On top of that partners are often not chosen by consent but by families still leaving a huge grey space for lack of attraction or sexual compatibility.

The incidences of infidelity have been rising in recent times. Ira Trivedi, author of India in Love: Marriage and Sexuality in the 21st Century says in her TEDX talk –“…as there is change there will also be conflict.”

But several surveys have indicated that divorce rate in India is still one of the lowest in the world, this also when 90% of Indian marriages are still fixed by families and only 5% of the couples marry for love. These are clear indications that while human mind remains the same, behavior is often defined in its cultural context. In India still in spite of the increased sexual expression and openness towards new formats of relationships most marriages still survive as both partners become forgivers for some social compulsion or the other.

It’s time infidelity is seen as human and not evil as Perel rightly suggests, it might sometimes be a blessing in disguise for some dead marriages/relationships but is an extreme measure often not recommended.

Image source: a still from the films Kabhi Alvida Na Kehna, and Gehraiyaan 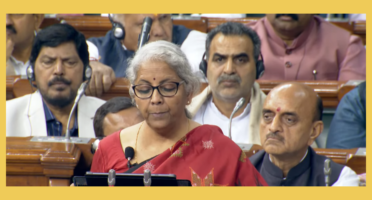