As the Indian Air Force await its first batch of female combat pilots, an ex-lady officer speaks about women in Air Force in India. 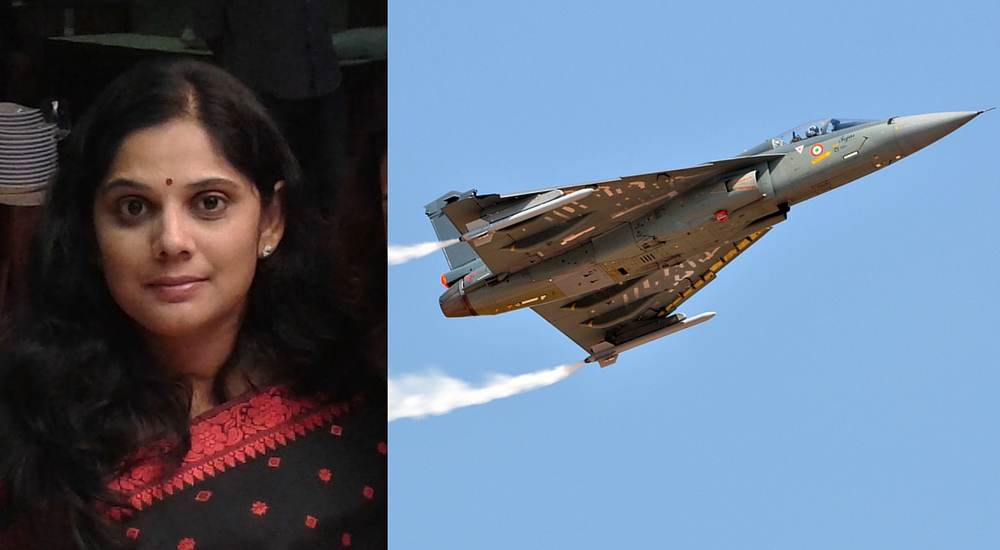 As the Indian Air Force await its first batch of female combat pilots, a lady ex-officer speaks about women in Air Force in India.

I met Sreeja Nair, many years ago when she was already in the last year of her short service commission in the Indian Air Force and much on the way to motherhood. Our husbands being course-mates and close friends, there were many occasions when we met and something clicked between us too. We have been friends since last 14 years now.

We have discussed almost everything under the sun from our in-laws to our growing up children, our choices to give up jobs, our health, clothes, kitchens and errant domestic helps… but somehow the topic of why and when she joined the Air Force and what her experience had been as a woman in Indian defence services never came up until a few days ago when my daughter, on hearing the news about induction of women as fighter pilots quipped that she too, would join the Air Force like her dad.

I thought of taking Sreeja’s candid opinion on this. She became nostalgic, “I miss those days” she said. “How I wish I could turn the clock back and have my job again!”

A fresh graduate already on lookout of job, an advertisement in newspapers had caught her eye. Love for the country was always there but it was out of curiosity that she acted upon the call by the Indian Air Force to women for short commission service. An on the spur of the moment decision though, to explore the opportunity, the rigorous training to made her realize that it was not just a job for her but indeed her calling. Sreeja says that this one decision changed her life for good.

Employed as an Air Traffic Control officer, she had to handle fighter flying exercises and be on alert at all times. Trained at par with male officers, she found the challenges and the work atmosphere a very motivating and enriching experience. And it was during one such day at the air traffic control tower that she met her future husband, who was engaged in fighter flying, via a radio call.

Sreeja, instead of taking an extension in her short service, retired to bring up her daughters and accompany her husband on frequently changing postings. Now, when she is looking at roles to undertake in the civil aviation industry, she finds her short stint as an officer in the forces make her much confident, self reliant and better equipped in handling difficult situations head on. In fact, with the kind of experience in the services, she feels any lady officer if and when steps out of the organisation, can do justice to any other job.

Back when I had finished my secondary school and was looking at colleges to apply, my desire had been to be a pilot in the Indian Air force on the front, but women were not given combat roles then. I also disqualified because of my glasses.

Talking about the possibility of women in combat now, I was curious to know what Sreeja thought about women being inducted. She was quite vocal about the biological and practical situations that could hamper a woman’s performance.

Women officers have managed all roles with equal aplomb – be it Administration, Accounts, Logistics, Medical, Air Traffic Controlling, Meteorological and Technical. Transport women pilots have even participated in flood relief and evacuation operations successfully. But defence services are not like any other job in civil world.

Many times personal and family life has to take a back bench in this field. But when a woman takes on motherhood, her immediate responsibility towards the newborn might, at times, stand in her path of work where flying is concerned, transport or combat, she feels.

And yet, Sreeja is all in favour of encouraging her own daughters to join the services because she feels that women are considered at par with men and there is no segregation in quantity and quality of work entrusted to an officer. Sreeja was lucky; she says that she worked with such officers who did not show any gender discrimination. It all depends on individual traits she feels…

Still a part of the organisation as the wife of a serving officer, she believes that the forces teach you a kind of discipline and push a woman to recognize and push her limits, which goes a long way in shaping a strong and confident woman.

So more power to women…may the first batch of women fighter pilots make all women proud and inspire many more!