How I Went In For An Arranged Marriage But Unexpectedly Found Romance!

You need to decide on priorities and nurture your delicate marital relationship, in a culture which romanticizes marriage, but shatters it too with interference! 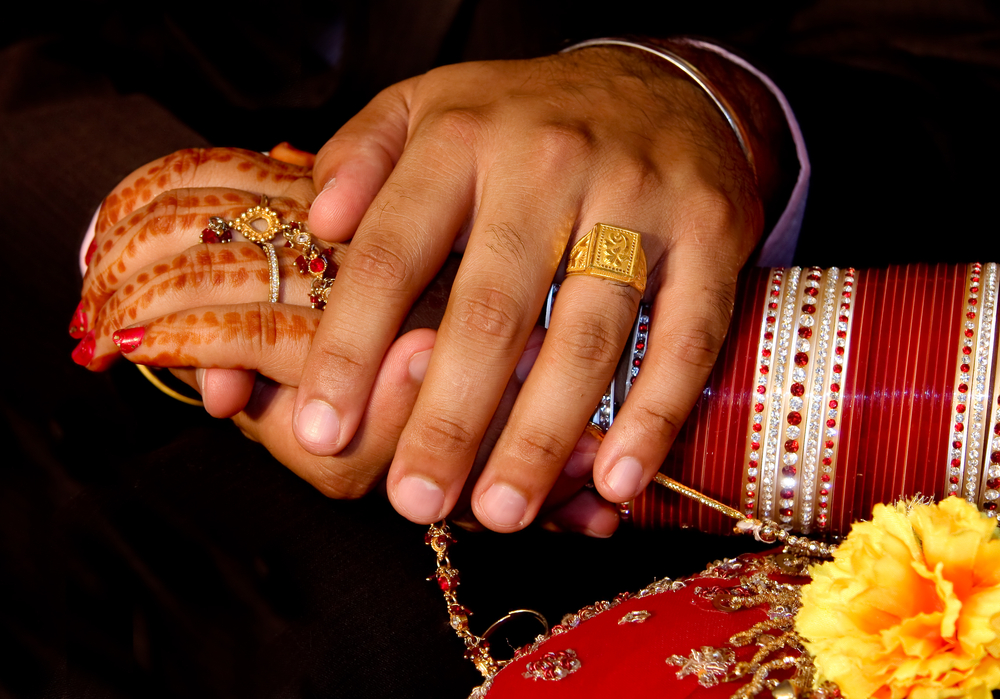 You need to decide on priorities and nurture your delicate marital relationship, in a culture which romanticizes marriage, but shatters it too with interference!

Marriage as a romantic idea, let us accept, is equally an overrated concept as a beautiful one.

It is also a fact that whether you are single or a part of a couple, if you belong to this generation, then you know that marriage is a piece of work. You have seen your mothers and grandmothers, your sisters and cousins, your friends and their friends, enough, to know that the road to a blissful marital life is strewn with a few thorns alongside the rose petals.

Consider witnessing divorces on the rise every year and you’re quite savvy with the possibilities, even after the colourful grandiose dream that marriage entails. Having said that, the romance of marriage never quite dies.

Marriage in our society

India being a country where marriages of different kinds happen, the experiences of any two people tying the knot can be quite diverse.

Earlier when women were not so independent, arranged marriages were the norm. Our grandmothers probably found their romance from the time when the date was set and the paraphernalia gathering began, no matter that they wouldn’t see the groom until the day of the wedding.

Our parents’ generation was part of the renaissance of thought, and education of women, and hence love marriages became more probable than before, albeit with a twist in the love tale – eloping, marrying against parental wishes, etc.

Then our generation happened and we took it as a rule that an arranged marriage would be downright ridiculous and mechanical and hence sought after the ‘eternal love’ of our life. Some of us found them on our own, some of us didn’t. And some others did find romance in the groom chosen by the family.

The idea of romance

But the romance of marriage, let me remind you, remained with all of us, no matter which way we took. And yes, despite knowing everything, we all got fooled by the ‘happily ever after’ franchise. We can always choose to blame the industries/institutions associated with it – media & entertainment, cards, romance novels, poetry, you name it. But we did fall for all of that, flat on our face, even with innumerable Ekta Kapoor serials to show us the other side of the coin!

Marriage is therefore a romanticized concept and a very deftly handled business of flowers, gifts, decoration, feasts, music, dance and honeymoon bookings, which the human heart is bombarded with, enough to pull the plug out of the mind!

I was happily single, not seeking companionship, before the wedding bells rang at my door. It was a perfectly set up arranged marriage, with an opportunity for both boy and girl to refuse, should the proposition seem unpleasant. I was a few failed relationships senior to my would-be prospect; and when I went to meet him, I had absolutely kept all options open, what with a job and a shift to the city beckoning me at the time.

But he turned out to be pretty friendly and flexible with the idea of a woman having a mind of her own and that appealed to me. That he wasn’t shy of looking vulnerable (he was unwell when we came to meet me) in fact gave me confidence that he is comfortable in his own skin, and not looking to impress me.

Thus the relationship went on genially for a few months and before we knew, we were more than willing to be together. And that was that. I had seen my share of divorced and strained relationships to know better but I will not lie to cover up the butterflies in my belly when the wedding bells rang literally. I loved the man.

My image of a marriage was clouded by a romantic perception of just us two. I have witnessed many instances of others running a commentary on what my spouse and I should do, and I did not want that to happen to us. At this stage, I am learning the ropes of keeping others at bay, as much by acquiescence as indifference.

We have been married for three years now and god knows I have gotten mad at my husband more than often, as much as he has gotten mad at me. But the fact that I have perceived in these years with him is this – we love each other and we belong together. Romance does not completely pervade my marriage as it did three years back, but the understanding and love of each other grows each day. The qualities which made our personalities stand out to one another remind us why we chose each other, sidelining our dislike of individual habits.

With that as the mantra, I have begun to understand one thing – you have to hold this relationship more strongly than any other and in certain cases, choose to shut doors on the possibility of others offering to decide for you. It is your marriage and you and your partner are the only ones allowed to comment on how you want your life or future to be. Nobody else should be allowed to make anything more than a suggestion on what you want.

And watching it bloom!

This is easier said than done, I admit. But it is a culture. You have to cultivate it, if you have to steer clear of straining your relationship with your partner. As rosy as a throng of people seem in a family picture, your family is only him. Only he knows your secrets and only he will guard them, only he will give himself up for you and choose to let go of his complaints to give you space. Only he will let you breathe.

Others will love you in their way of course. But remember, they are connected to you as a couple, via your marriage. If your marriage is strained because of any extraneous forces, including them, all these ties will take no time to shatter.