Women’s Web: Pick of The Week

This week, here are some stories regarding abuse of women - violent, sexual and social. 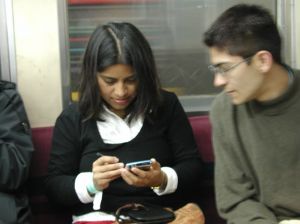 This week, here are some links regarding abuse of women – violent, sexual and social.

We look to law enforcement and the courts to carry out justice and help victims of abuse. But what do you do when the judge handling your case says it’s your “duty to suffer violence” at the hands of your husband?

This woman’s harrowing experience on public transportation is extremely scary, despite the fact that she was never physically touched. It goes to show that sexual harassment has so many forms.

Did you hear about US Representative Todd Akin’s comments about “legitimate rape”? Check out some witty and catchy messages from women to him!

On a related note, this article from The Guardian talks about Todd Akin’s comments about his political opponent (a woman) not being “ladylike”, and what this shows about the Republican Party’s perspectives on women.

This is a great success story of a girl who recognised a problem in the way her villagers treated her widowed mother, took charge, and brought about a change.

When a user posted a photo of a Sikh woman who doesn’t remove her facial hair in accordance with her religion, he got “righteously schooled”, as this Jezebel post says. In fact, the original poster of the photo even apologised when the woman responded to his post!

The latest version of the Cosmocking series is out! Read for a hilarious analysis of all the (many, many) flaws in Cosmopolitan Magazine.