Fat-shaming, loving your body and virginity are the topics of discussion this week. Check out these reads that we found interesting! 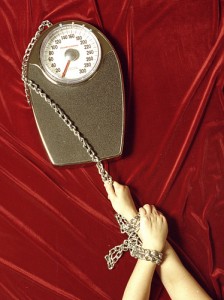 Fat-shaming, loving your body and virginity are the topics of discussion this week. Check out these reads that we found interesting!

Chloe Angyal, an editor at Feministing.com, reminds us that you can’t tell much about a woman just from the shape of her body, even though most of us (including her) tend to make assumptions about women’s capabilities and lifestyles based on what they look like.

On a similar note, best-selling author Jennifer Weiner writes about the pain and humiliation that she experienced while growing up, just because she was fat, and explaining the importance of this to her daughter.

Here’s Issa Waters’ list of 21 things you should stop saying unless you hate fat people.

Blogger Stella Boonshoft posted a photo of herself on her blog as a statement on fat-shaming. The post and the photo have since gone viral. Read Laura Beck’s comments on the reactions Stella got.

Here’s another post by the awesome Chloe Angyal about US politics and and what’s missing from the debate on contraception and abortion.

Zulfiya Hamzaki discusses the context of the ‘vaginal tightening cream’ ad that was launched in India in August as well as the absurdity of the product itself.

A Brazilian student just auctioned off her virginity for $780,000. The auction has inspired both criticism and praise. Read the Indian Homemaker’s blog post about the auction. What do you think about this auction?