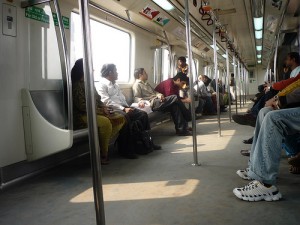 Women’s Web: Pick of the Week

Do let us know what you think of these interesting finds this week!

Since actress Shwetha Menon chose to have the delivery of her child filmed, many opinions and comments have surfaced. Sruthi discusses the “controversy” in Shwetha Menon, Her Child Birth and the Moral Mafia.

The Delhi Metro has gained Rs. 32 lakh from fines on men traveling in Ladies’ Only compartments; Indian Homemaker writes about the reasons why many men do this.

France is moving towards legalising gay marriage and adoption of children by homosexual couples. The government is now replacing the words “mother” and “father” on official forms with the gender-neutral “parents”.

Kalpana Sharma writes that though the National Commission for Women in India is flawed, we shouldn’t give up on it and disband it. Instead, it needs to be debated and held accountable to its original mandate.

Round 2 of the Violence Against Women Awareness Month has started! Head over to the official blog to find news, articles and columns about gender-specific violence in India.

I have recently completed a degree in Economics and Political Science, in Singapore, and am