Interview with Monisha Rajesh, author of Around India In 80 Trains. 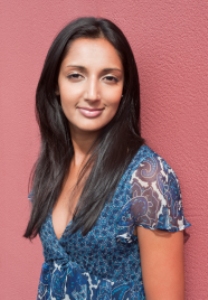 Interview with Monisha Rajesh, author of Around India In 80 Trains.

Around India In 80 Trains is Monisha Rajesh’s first book. Inspired by Jules Vernes’ Around The World In 80 Days, Monisha set out to discover the real India – by travelling the length and breadth of the country by train.

What made you embark on such an extensive train journey across India?

I had lived in India very briefly during my childhood, between 1991 and 1993 and never had a chance to see India as a tourist. Twenty years after we had left, I decided that it was time to go back and see how much and in which ways India had changed. In truth I wasn’t interested so much in the trains as India and its people, but the trains seemed the most economical mode of transport that would allow me to readily engage with people.

What were your expectations before and conclusions after this expedition?

In truth I had little expectation. My memories of India were rather bitter after the terrible two years we lived in Madras and I wanted to try and erase my old, and hopefully outdated, feelings about the country. I didn’t do too much planning or psyche myself up as I didn’t want to be disappointed again and it was much wiser to just arrive and let India take me in whichever direction it saw fit.

Around India In 80 Trains 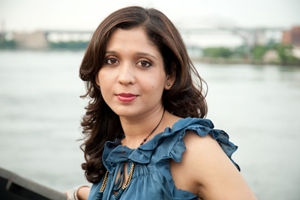 By the end of the journey I had certainly satisfied my curiosities about India and had finally been able to see bits of the country that I had only ever read about: Kanchenjunga at dawn; Kanyakumari, Dwarka, Udhampur and Ledo – the four tips of the railways; the world’s first hospital train; tea-packing in Assam; Jaisalmer’s desert by night etc. I came away realising that there was a lot more to India than just the sprawling metropolises that you read about every day. And above all, it was the kindness of strangers that changed my opinion about India. On the whole people were really good to me and went out of their way to help, advice and protect me as they were proud that I wanted to write about their railways.

Tell us about your most memorable experience on this adventure.

The moment that touched me the most was the ten-day period I spent on the Lifeline Express, the world’s first hospital train, in Madhya Pradesh. I witnessed onboard surgeries for polio and cleft lips and was so taken aback by the kind of basic afflictions people still suffer from that are rarely seen in the Western world. These rural families were so dependent on the train for their medical care that they had been known to lie down on the tracks when it was leaving the station to stop “the magic train” from leaving.

What was the hardest thing about writing Around India In 80 Trains?

The hardest thing was working out what to leave out. I had so much colour and conversation and stories that the difficulty was sifting out what would inform, interest and entertain the reader.

Would you say that being a woman had its influences on your trip? If so, in what ways?

Yes, it certainly did. For the most part it worked to my advantage. I was able to move to the front of queues when booking tickets, I was given priority seating, families always took care of me and I was able to interact with people more readily as I suspect I was a lot less threatening to them. Naturally there were occasions when I was groped, but these were so minimal compared with people’s attitude to me on the whole.

Who was the first to read Around India In 80 Trains? What was their first reaction?

A couple of close friends read the book as it was being written. My next-door neighbour read it chapter by chapter as I had finished it and hit “print” and my old professor from university also read it through. Other than them, my agent David Godwin was probably the first and he thought it was a lot of fun.

I loved The God Of Small Things when I first read it aged 15. And I still love it now. Roy just knew how to bend and twist and shape language in ways I had never seen before and she made me want to write.

I will do another book, but for the time being I need a little breather and the idea will come to me.

Sudha Shah of The King In Exile 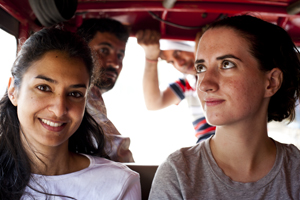 Ameesha Joshi and Anna Sarkissian met while completing their Bachelors of Fine Arts at Concordia University. Fascinated by the lives of Indian women boxers, they joined forces to create a documentary film on them, With This Ring. Here they talk about their journey, challenges and the relationships that they have nurtured with India’s under-appreciated sportswomen.

Anne John (AJ): Tell us a little about how it all started. Despite being from Canada what made you two choose a subject which is often overlooked by Indians themselves? 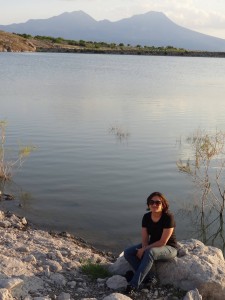 Being a travel enthusiast Shivya Nath combined her passion for travel with her experience in the travel industry to launch India Untravelled, a socially responsible travel company quite unlike other mainstream travel companies in India. She talks about the challenges of running a travel business in India. END_OF_DOCUMENT_TOKEN_TO_BE_REPLACED