Interview with author Sudha Shah on her new book The King In Exile. 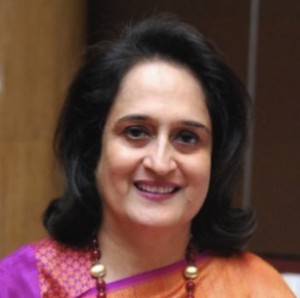 Interview with author Sudha Shah on her new book The King In Exile.

Sudha Shah is a Mumbai-based writer who, after years of extensive research has written The King In Exile. Although Burma is our neighbouring country, very little is known about the history and the last ruler of Burma. The King In Exile promises to be an engrossing read on the fall of Burma’s royal family.

What made you write a book on Burma’s royal family? How did your interest in this subject come about?

I loved Amitav Ghosh’s The Glass Palace in which he wrote about the royal family of Burma. After reading the book, I was very curious about the family. How did this once all-powerful and very wealthy family cope with their loss and exile to remote Ratnagiri in India? Once the exile ended, what happened to the four princesses who had had almost no education or exposure while growing up?

I initially started researching the subject to satisfy my own curiosity, but soon discovered that, other than the occasional newspaper and magazine article, hardly anything had been written about the family after their kingdom had been lost to the British in 1885. This was a book begging to be written!

What was the hardest thing about writing The King In Exile?

I wanted to write my book as a human-interest story, not as a historical record of events. I was keen to have a strong story line, so that the reader would be curious to know what happened next.  The most challenging aspect of writing this book, therefore, was trying to craft a compelling story out of the reams of material accessed by me—archival material, personal interviews, books, newspaper and magazine accounts etc.

The King In Exile has many important female characters; how well were you able to relate to them? If you were a man, would you have written the book with a different perspective?

I tried to step into each of their shoes — including King Thibaw’s. I tried to see things from their point of view. I related better to some of the characters than to others, but I empathized with all of them. I really don’t know if I would have written the book from a different perspective had I been a man, but I don’t think so because I don’t see my point of view in the book as being particularly ‘female’.

Who was the first to read The King In Exile? What was their first reaction?

My husband, Pradip and son, Karan. They found my manuscript interesting and were positive in their feedback. But they’re family, and perhaps they found it hard to be objective!

Since you ask for only one book, I’ll go with To Kill A Mocking Bird by Harper Lee. Why this book? Because it’s a book that is beautifully written and tells a timeless, thought-provoking story. It’s a book that influenced me as a teenager, and captivates me as an adult.

I want to write another book — I’m following a couple of leads, but it’s too premature to discuss them as yet.

Answer this question: Which royal or famous family in the world fascinates you the most? Why?

Just leave your answer as a comment below – and the best comment will get a signed copy of The King In Exile!

Please note: Only 1 comment per person. The book can only be sent to a valid address in India. Giveaway closes on 9 AM IST 29th Oct 2012.

And the winner is Nidhi Chandna! Congrats!