How Building A Crèche In Workplace Resulted In Return Of Employees!

Crèche was a necessity in my life! Especially a workplace crèche, on joining work, all my fears came true; the babysitter was irregular, the pumped milk was insufficient, and many other unseeable emergencies kept popping up.

A crèche is a child care facility where young children are looked after while their parents are away because of work. Workplace crèches have become a necessity for working parents.

In this article, I will share my story of how me and my colleagues built a crèche facility in the workplace.

In January 2022, I was all set to join back to work. Even so, being a new mother, I was full of trepidation. I had hired a babysitter and had a supportive husband, but was still worried.

Throughout my maternity leave, I was practically attached to the baby and was being used 24/7 as a human pacifier. Apart from this, the baby was used to being breastfed every few hours, and I wasn’t sure how I will manage this while at work.

On joining work, all my fears seemed to take life. The babysitter was irregular in her work, many a time the pumped milk was insufficient for the baby, not to mention many other such emergencies dotted my first month back.

However, my issues were nothing compared to that of my staff members. Due to lack of any support in the workplace, some were forced to either quit or take extended child care leave, while others opted for less important side-posting/work roles.

If only we had a crèche in office!

I kept thinking that there has to be an easy solution to all of this. And then it came to me. Only if we had a working Crèche at our office!

Mothers could leave their babies and work stress-free, even for long hours. They could breastfeed and monitor their babies at regular intervals. More importantly, this would have increased their productivity and efficiency by manifolds.

The Indian judiciary is in favour of workplace crèches.

Interestingly, there are various judicial pronouncements highlighting the significance of a Crèche in the workplace. Also, the Maternity Benefit (Amendment) Act, 2017 mandates every establishment having more than 50 employees to have a crèche facility.

However, due to a lack of awareness of this provision, as well as a weak bargaining position among employer-employee, the employees are often unable to assert this right.

The employers, due to lack of guidance and false notion that a crèche is expensive to operate, are also not proactive in providing daycare services to their employees.

The Ministry of Women and Child Development has issued an office memorandum dated November 2, 2018 on National Minimum Guidelines to Establish and Manage Crèche Facilities, which provides a step-by-step guide to employers on space, equipment/materials/staff required for operating a crèche.

A crèche compliant with these guidelines is not only inexpensive to set up, but fairly economical to operate.

With the help of supportive seniors and like-minded colleagues, I was able to prepare a proposal for crèche at our workplace as well as obtain the requisite financial sanctions. Within two months, we had an operational crèche!

With a crèche in office, employees who had quit, returned!

The enrolment in the crèche has been steadily increasing since then, from 3 to 15 today. Slowly, the staff members who had quit are now returning to work. The officers who were forced to take child care leave are also returning to work.

The officers are now confident to take up any role, including those requiring round-the-clock attention.

A small effort has transformed my entire workplace scenario. It has become a positive workspace, which understands the struggles of motherhood and tends to support gender inclusivity! 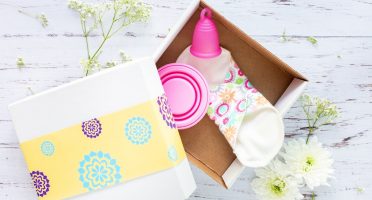 Woman, Are You High Maintenance?