Roshni Nadar, the second-generation entrepreneur, has made her mark in the IT industry after being appointed as the chairperson of HCL.

In this world where technological advancements are augmenting rapidly, Roshni Nadar, the current chairperson of Hindustan Computers Limited (HCL), is reaching the skies. After taking over her father, Shiv Nadar, in 2020, Roshni became the wealthiest woman in India.

While HCL is primarily engaged in the IT sector, it wasn’t something Nadar wanted to pursue despite her father being a founder of HCL.

Roshni Nadar initially wanted to be a media personnel. Owning to that decision, she completed her Bachelor’s degree in radio, television and film with a focus on journalism.

In an interview with Udayan Mukherjee from Business Today, Roshni talked about how he interned with CNN after her graduation. Then, she went on to work at Sky News, London, for another year and a half.

She added how a conversation with her father led her to pursue a Master’s degree in business from Kellogg School of Management, USA. She said:

“I had an interesting conversation with my father. He said that even if your dream is to have a media empire, you would still need to know the ins and outs of the business. So, please go and attend business school. I think that is how I landed at Kellogg, doing my MBA. And after that, I moved back to India. So, that was the long and winding journey of moving from India, going into media, business school and then coming to the fold.”

Roshni keeps her love for media alive with The Habitats Trust

Nadar is the trustee and founder of The Habitats Trust, which centres on the idea of protecting India’s natural habitat. It focuses on the conservation of lesser-known species and often neglected and threatened habitats.

Keeping her love for media, Nadar has produced TV shows for Animal Planet and National Geographic. Moreover, she even made a children’s short film called Halkaa.

Roshni Nadar Malhotra is a leader with a cause

Nadar joined HCL in 2009 and climbed the corporate ladder to become the executive director just one year after joining the company. Her business acumen, agility and hunger for entrepreneurship foreshadowed her success.

In an article in Dalal Street Investment Journal, it is stated how Nadar’s leadership has been beneficial to the company. HCL has the highest stakeholder return of 138 per cent among large-cap technological companies.

In the same article, she states:

“I believe that you always have to keep agile and quite hungry and entrepreneurial.”

Furthermore, since Nadar sat on the chair, she has continuously proven she is a leader in the cause. She is a part of several trusts, like The Habitat Trust and Shiv Nadar Foundation, with a focus on education.

Other than that, Roshni’s transformational leadership emasculates her driving force behind VidyaGyan, an academy for economically underprivileged, meritorious, rural students from Uttar Pradesh, India. She is a catalyst in creating a better world for such communities at large.

Nadar talks about how HCL’s employees were her mentors

Since Roshni grew up seeing her father work, she was well aware of the company and its employees. One of the primary reasons she didn’t fret the leadership was because she knew almost everyone from the beginning.

Nadar states that these people have been her mentors and teachers at some point in her life-giving her bits of advice, not just work-based but professional too.

Roshni is her person despite her privilege

Nadar gives accountability to her privilege. She talks about how her father built this empire and how his employees made it what it is today. Nonetheless, her father’s mentorship has helped her tremendously in her career.

But, it is essential to realise that despite Shiv Nadar’s mentorship, Roshni is a different person with somewhat different aspirations for where she wants to take the company. She continues to be an excellent business person at the mere age of 40.

Roshni Nadar, the chairperson of HCL, strives to make the company more sustainably oriented. Roshni, alongside her parents Shive and Kiran Nadar and her husband- Shikhar Malhotra, continues to be a philanthropist working towards the betterment of society. 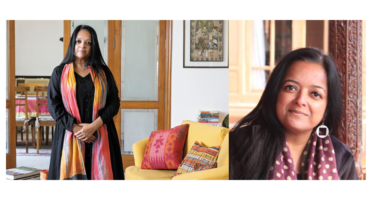 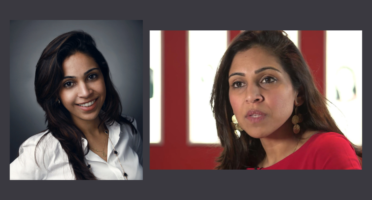