Anisha Singh is the founder of SHE Capital which strives to cultivate a women-oriented investor space for high-growth businesses.

As a female investor, Anisha Singh is doing a phenomenal job with her firm- SHE Capital. SHE Capital is a women-focused investment fund that strives to invest in innovative next-gen startups by women.

Anisha Singh founded SHE Capital in June 2018, and earlier, she was the founder and ex-CEO of Mydala from August 2009 to December 2018.

Things were different for Anisha- she didn’t have a clue about what she wanted to pursue. While her father, an ex-force member, was a businessman, her mother was a dentist.

From no idea about her future to someone with a phenomenal career, that’s Anisha Singh

Anisha completed her schooling at a boarding school and went on to do her graduation from American University. It was her professors at the university who believed in her strengths and pushed her to do an MBA.

Her professors introduced her to several entrepreneurs that led her to intern at a company in Washington DC- run by a woman named Julie Holdren.

Anisha’s boss’ vigour and how she headed a startup of 400 people intrigued her interest in the field.

Singh’s work paved the way for her journey of entrepreneurship

After graduating from American University with an MBA, she started working as a strategic alliance manager for a software company in the US.

She entered the entrepreneurial zone in 2004 when she started Kinis Software Solutions Pvt Ltd, which focused on providing digital content marketing solutions for the real estate and e-learning industries. In 2009, Singh returned to India and founded her company Mydala.

As an entrepreneur, Anisha Singh strives to run a business that helps people- especially women. So, her investment firm– SHE Capital, acts as an early-stage fund that enables the next-gen of female-focused high-growth level businesses.

Singh’s initiative provides funds to businesses where one co-founder is a woman or an executive with an equity interest.

Anisha Singh is on a mission to cultivate female unicorns at large. She acts as a role model that resonates with younger women aspirants.

Singh isn’t all talk- in an interview with Startup Talky, she talks about gender-gap. She says:

According to an article in The Guardian, this gender gap between men and women may take about 170 years to eradicate and form gender equality globally.

While investment firms that cater to women-led firms exist, there is a dire need for businesses to focus on female-run companies.

In an interview, Anisha says:

“The idea is also about women investing in women and together building high-growth companies. It is not that every company will get funded. The idea is to understand both sides of the table with an unbiased view.”

Apart from being the founder of SHE Capital, Anisha Singh is also a jury member of the Cartier Women Initiative for the South Asia- Oceania region.

At Cartier Women’s Initiative, Anisha, with several women entrepreneurs, aims to empower women and have an impact on entrepreneurs.

Singh has certainly made it big and is being recognized as one of the Top 100 Global Diversity Leaders in 2019. Lastly, she was a part of a show- similar to Shark Tank- on MTV called Dropout Pvt Ltd.

Anisha Singh, with SHE Capital, is doing amazing work at supporting female-run businesses and creating an unbiased space with a group of companies that understands each other. 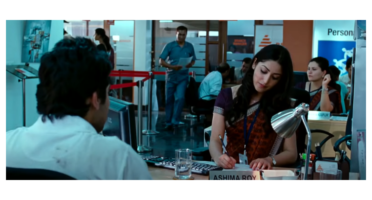 How To Prepare For A Banking Exam In India: All You Need To Know