The Agony Of Being Queer AND Disabled In India

Pride Month is supposed to celebrate queer culture and pay homage to the struggles faced by queer people- past and present.

While the very idea of earmarking a particular month of the calendar year as ‘Pride Month’ is itself is a matter of debate within many queer circles (primarily because the cause is often hijacked by corporations who piggyback off pink money), one issue that often gets ignored by activists and allies alike is that of representation and inclusion within the community.

The queer community, while heterogeneous in composition, is oddly homogenous in representation. Very few queer people from Dalit, Bahujan, Adivasi, Muslim and disabled backgrounds find themselves in positions of power, authority, and visibility in activist and non-activist queer spaces.

In this article, I will focus on one aspect of marginality (disability) and explain how these queer people’s exclusion is a problem in the queer movement. One should note, however, that different forms of marginality are interconnected (and are intersectional). For instance, one could be Bahujan and disabled, Muslim and disabled, etc. These intersectional identities shape our lives and concomitantly mold the ways we see, feel, and interact with the world.

Struggling with being queer and disabled

According to a 2019 report, about 2.2% of India’s population lived with some kind of physical or mental disability. More men were afflicted than women, and disability was more prevalent in rural areas than urban areas. These statistics are worrying because people in rural areas often times have very little to no access to disability-inclusive care. And although various government schemes exist on paper, progress has been slow and success has been limited.

In addition to the weak infrastructure and a lack of access to quality care, social stigma has also forced most people with disabilities inside the private sphere, thereby invisibilizing their very existence.

Keeping this broad backdrop of disabled people’s exclusion in mind, one can only imagine how challenging it must be for those who are both queer and disabled. Indeed, queer disabled people constitute a double minority whose very existence is stigmatized, pathologized, and invisibilized even today. Recognizing their exclusion and making amends is critical.

Inability to access public spaces while being queer too

In a 2011 interview for DNA India, then 37-year-old Dinesh Gupta said “I doubt I’d have been able to walk that far or for that long.” Dinesh is a gay man who was born with a genetic disorder called osteogenesis imperfecta, which causes bones to break easily with little or no apparent cause. And in his interview, he was talking about his struggles of not being able to attend the 2011 Mumbai Pride March. His inability to attend the Pride walk highlights an issue that Pride organizers across the country have been grappling with for years- that of accessibility.

One should note, however, that the issue of accessibility isn’t merely limited to pride parades. These conversations must also permeate other fora as well, such as online spaces. In contemporary times, a lot of queer activism has already moved online, leaving those on the wrong side of the digital divide behind. And even among those who are privileged enough to access the internet, I truly wonder how many people with hearing, seeing, and other forms of disabilities can even access and engage with this online content?

Very few to no informative social media ‘live’ sessions are translated into sign language. Very rarely is written content converted to audio voice snippets for people with visual disabilities and rarely is audio content suffixed with subtitles for those who are deaf or hearing impaired. Thus, online queer activism in India still has a long way to go if it truly wishes to be inclusive.

Some disabilities, such as acute schizophrenia, complete or near-complete loss of hearing, sight, speech, and locomotive abilities may require more accommodation than others. While other forms of disabilities such as psoatic limping might be easier to accommodate.

However, disability activists- both inside and outside the queer community- have long rallied against the patronising nature of these accommodations. For instance, the use of the words ‘Divyang’ and ‘Divyangjan’ that are in extensive use in most official government documents and speeches have been publicly decried by many disability activists globally because of how it insensitively glorifies disability (‘Divyang’ roughly translates to ‘divine body’). The Hindu reported in 2019 that even The United Nations’ Committee on the Rights of Persons with Disabilities (CRPD) had marked the word ‘Divyangjan’ as controversial and akin to derogatory terminologies like ‘mentally ill’. Indeed, what people with disabilities are demanding is inclusion, accommodation, and respect. Not essentialization and unwanted glorification.

Queer people with disabilities face multiple hurdles in India: from dating, to coming to terms with their sexuality and disability, to overcoming stigma, to finding employment, to accessing healthcare, and perhaps most importantly: finding ways to lead happy and fulfilling lives. Given the cis-normative, heteronormative, and ableist formation of our society, overcoming these barriers is challenging and will require a holistic approach to address the multiple dimensions that underline the marginalization  of those queer and disabled.

Within the universe of queer activism in India, I believe the following should be done immediately:

~ The issue of disability needs to be treated with greater sensitivity and care. Within queer spaces- both online and offline- reasonable accommodations should be made for people with disabilities, and their presence in these spaces should be both acknowledged and respected.

~ A lot of problematic, ableist rhetoric is still found on dating platforms, especially among gay men who routinely body-shame each other, pass lewd comments about each other’s private body parts, and cast aspersions about people who do not conform to society’s unrealistic body standards. People with different body types, scars, and disabilities are often reprimanded for not being ‘handsome enough’ or ‘attractive enough’. A lot of this problematic rhetoric is passed off as ‘personal choice’ and ‘individual dating preferences’; but I argue that if people with disabilities are routinely shamed and discriminated against for simply being themselves, then this can no longer be deemed a personal choice. Rather, it is a structural issue that needs to be seen within the broader context of ableism and discrimination.

~ Issues like accessible and affordable healthcare access for queer disabled people and free/affordable mental health support for those with intellectual and learning disabilities should be taken up by the queer community urgently.

~ Queer activists should work towards legalizing anti-discrimination laws at the state and central government level which would not only prohibit discrimination on the basis of sexual orientation, gender identity, and gender expression but also disability. This should apply to all sectors: housing, employment, healthcare, etc.

~ Queer people with disabilities should feel comfortable enough to share their experiences in queer spaces. Their voices should be amplified and their stories should be well documented by the media.

For a community rallying for acceptance from others, it should first look within itself and accept its own people who are different. The path to inclusion is no doubt long and hard, but not impossible. What it requires is a sustained effort, continuous commitment, interminable persistence, and determined willpower.

Image source: a still from the film Margarita With a Straw 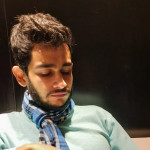 Kanav is, as of June 2021, pursuing his Master's in Development from Azim Premji

HIV/AIDS Is A ‘Gay Disease’: This, And 8 Such Myths About STDs Busted