Entitled Men Will Continue With Gender Based Violence With Impunity Until…

Present-day masculinist, gender based violence in India is an outcome of the preservation and reproduction of hegemonic patriarchal social institutions such as the Indian family, the judicial system, the media, educational institutions etc.

Almost nine years have passed since Nirbhaya was brutally gang-raped in a moving bus in India’s national capital. It’s been a little over a year since a doctor was gang-raped and murdered in Hyderabad. And, four months have passed since a 19-year-old Dalit girl met a similar fate in Hathras, Uttar Pradesh. Yet, nothing has changed.

Nirbhaya’s parents routinely called out politicians and the ‘system’ for failing its people on the issue of justice. In a 2019 interview, Nirbhaya’s mother, Asha Devi said, “People have no faith in the system. All the governments have failed us.”

According to this livemint article, sexual assault is one of the most under-reported crimes in India. In 2019, close to 88 rapes were officially recorded daily. Out of the total 32,033 reported rape cases in that year, 11 percent were from the Dalit community.

The worst affected victims of gender based violence

In the domestic sphere, marital rape remains unrecognized as a crime. A 2005-06 Ministry of Health and Family Welfare, Government of India report showed that about two in five married women, from the ages of 15 to 49, had experienced various forms of violence in their marriage, slapping being the most common of them all. The streets in the public sphere, the space that rapes in the public eye like Nirbhaya, continues to be unsafe.

Even in the workspace, an extension of the public sphere, women have to face sexual harassment, casual sexism, and misogyny on a daily basis. The #MeToo movement was somewhat successful in drawing public attention to this problem. In a popular 2012 United States study of sexual harassment, researchers McLaughlin, Uggen, and Blackstone discovered that even female supervisors routinely experience ‘contra power harassment’ – harassment of women by men in junior positions. If a similar survey is done in India, the result might be the same.

Crimes against women contribute to about 10% of all crimes in the country. Women who file complaints against their perpetrators face routine humiliation and ostracization from the law, family, and peer groups. Most of the time, they aren’t even believed. Many cases go unreported because of the shame and stigma associated with the victim.

Khushi (age 30), who identifies as a transgender woman said in a 2018 interview: “When a transgender woman gets raped in this country, cops first mock her, saying she doesn’t have the organs to be sexually assaulted; and what follows is a barrage of injustices – perhaps greater than the first one.”

The making of toxic and dominating masculinity

One often wonders, why are rapists not deterred from committing such gruesome acts of violence? How do they rationalize such acts? A lot of this has to do with how we raise our boys. Sociologists Sanjay Srivastava and RW Connell call it the making of hegemonic masculinity.

In an interview with The Atlantic, psychologist and author Michael C. Reichert discusses his book, How to Raise a Boy. He makes the case for raising boys in an environment with strong and healthy ties with one’s family and community. Doing so enables them to resist entrenched cultural norms of masculinity and enhances their emotional awareness from a young age. The peer pressure among young boys to sexually objectify women and girls is a toxic trait that needs to be done away with especially here in India. Sadly, little is being done to address this issue.

Despite the unanimous public outrage that follows in the aftermath of rape cases, I am afraid that until the Indian State and the people of India collectively call out the systematic misogyny, toxic masculinity, and patriarchy, we will never see an end to gendered violence. It’s no surprise that we still seem to be continually stuck at ground zero when it comes to the safety for women, children, and transgender people 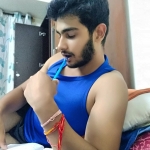 Kanav Narayan Sahgal is a post-graduate student at Azim Premji University, Bangalore where he'

Supreme Court Upholds The Death Penalty For Nirbhaya’s Rapists. Why Is This Case So Significant?