Mari Selvaraj is back with his second film – another extraordinary movie that depicts caste issues. And he has already shown that he knows very well the issues brought on by the patriarchy, as well.

In his film, Pariyerum Perumal, the storyline of the protagonist’s father, a folk dancer who dresses in drag clothing was very sensitively portrayed, and yet the film as a whole did not really give its few female characters much to do. Similarly, in Karnan, he shows that he has a good grasp of the intersectionality of caste and gender, and yet, the women of the film are not explored to their full potential.

Karnan begins with a haunting scene that shows a young girl, Karnan’s sister, lying in the middle of the road, dying, as indifferent people in vehicles drive past. 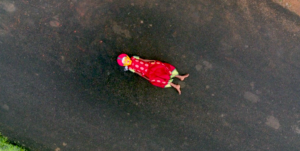 It is an act of violence even though no one is actively harming the girl, and one that prepares us for the rest of the film which is about a village that no bus stops at as a result of casteism. The ghost (or goddess?) of the little girl reappears throughout the movie as a metaphor for rising up against caste-based oppression. The movie ends with her image, as well. It is a powerful way to represent the spirit (pun unintended) of rebellion.

The use of her image as a goddess reminded me of Sumathi Ramaswamy’s book, The Goddess and the Nation: Mapping Mother India. She describes the role of the image of “Mother India” in building up the spirit of Indian nationalism. Protecting this “woman” was part of what motivated men to join the freedom struggle. It was no doubt a good thing for people to want to fight against the rule of the British. However, what about the agency of the real Indian women? It is problematic when women are used simply to inspire men into action.

His younger sister’s death clearly influences Karnan. Her death is one of the several significant moments leading up to the final act that finally gets his village noticed. Her image will definitely be a symbol like “Mother India” to those who watch the film. A symbol of justice that men need to fight for. 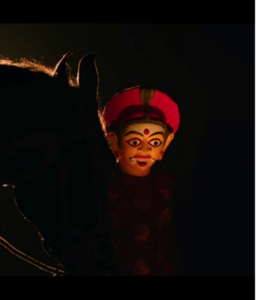 And while I am extremely glad that this film will push people to stand up for what is right, I am disappointed that the little girl was reduced to a goddess. She is integral to the story, and yet so inactive. A female character who had potential to be more, only gets to serve as “inspiration” and a metaphor.

There is no dearth of interesting female characters, and yet …

It is not just the goddess/ little sister who could have been so much more.

One of the villagers, Poyilal, is a young woman who really wants to attend college. She and her father walk up to the bus stop of the neighbouring village, the casteist Melur. A group of Melur men publicly draw a vulgar image of her, taking advantage of the fact that she is doubly disadvantaged due to her status as a lower-caste woman. She will not even be able to call them out because they are of a higher caste than her. She begs her father not to stand up to them because she knows what will happen. 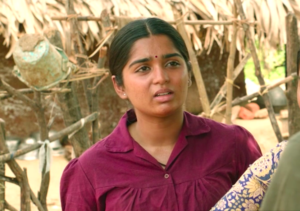 This is another incident that triggers Karnan and he takes revenge against the harassers. He speaks passionately about how it is sad that the women in their village find it difficult to study and often stop their education thanks to incidents like this. This is an incredible representation of the intersectionality of caste and gender. But would it not have been more interesting if we had gotten to see more of her perspective?

Karnan’s girlfriend, Draupadi, is a mixed bag. I could not decide if she was better or worse off than her counterpart in the Mahabharata. This Draupadi is not gambled away by her significant other. She also has a choice in who she wants to marry in stark contrast to the original Draupadi who had to marry five men against her will. This Draupadi even initiates her relationship with Karnan, boldly kissing him. 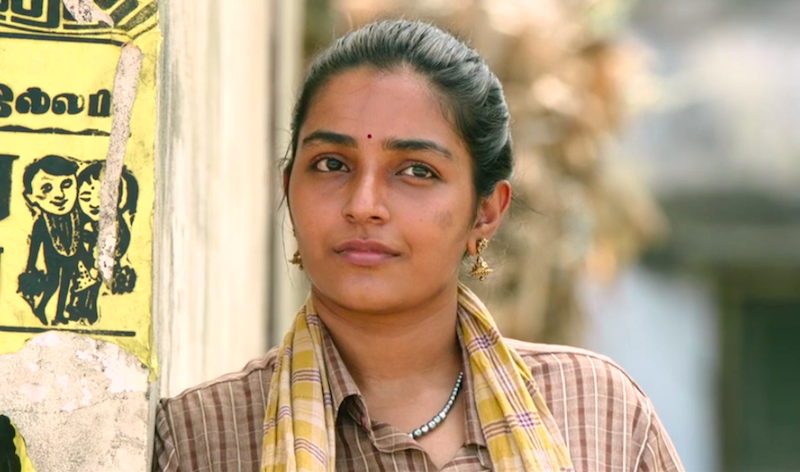 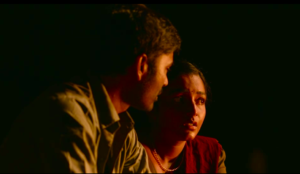 And then, there is Karnan’s unmarried older sister, Padmini, who is not afraid to call him out on his bullshit. She is a force to be reckoned with. She seems to be the breadwinner of their family, and when her mother essentially tells her that her biological clock is ticking, she does not care. I really wish that she had been the main character of this film, instead of Karnan. Even the really cool, funny old lady who acts flirty with Yeman, Karnan’s father figure, deserved better. She refers to him as Manjanathi’s husband, which was refreshing to see, because it is usually women who are referred to in terms of their husbands. I wanted to see more of her. It is rare that we see the desires of older women portrayed, Lipstick Under My Burkha was an exception. 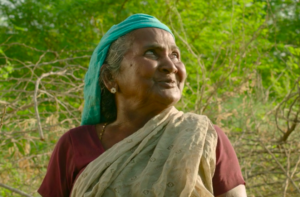 It is very obvious that Mari Selvaraj knows how to write amazing female characters with a lot of potential for strong characterisation. He just does not give them enough screen space. Considering his last two films had lower-caste, male protagonists, perhaps it is time he shakes things up a bit and writes a brilliant, anti-caste film with a lower-caste, female lead?