As the report says, “The 14th edition of the report, the Global Gender Gap Report 2020, was launched in December 2019, using the latest available data at the time. The 15th edition, the Global Gender Gap Report 2021, comes out a little over one year after COVID-19 was officially declared a pandemic. Preliminary evidence suggests that the health emergency and the related economic downturn have impacted women more severely than men, partially re-opening gaps that had already been closed.”

At first glance, a reader can identify areas of great concern. However, many things in the report do not come across as a surprise. Instead, they help us put numbers next to many issues that women have been fighting to overcome.

What is the Gender Gap and how does it matter?

The said gap indicates the progress that we have globally made towards equality. In essence, The Global Gender Gap Report aims to come up with an actual percentage of the gap between men and women, is based on a few key dimensions including education, health, economic/labour participation and political empowerment.

The report produces the gap within each of these dimensions and finally an overall gap across all four. Currently, on a global level, we have overcome 68% of the gender gap. According to the report, at the current rate, it will take us 135.6 years to overcome the remaining gap. While patriarchy is an understood reality, these numbers have a profound effect on our perspective of the created differences between men and women.

As per India, we find ourselves in the 140th rank- 28 places below last time, though we have improved by 2.4 percentage points since 2006 when the report first came out.

The different indexes, especially political empowerment give reasoning to our position. Looking back a decade from now (2011), India’s score has considerably improved. Closely ahead of India are Nigeria, Niger and Bahrain, while Vanuatu, Kuwait and Qatar follow.

Concerns only increase when the report notes that the progress made until 2020 has actually reduced by 0.6 percentage points. For women as a collective and the various organisations working to mend the gender gap, these numbers dim the green light towards equality.

However, to put things into perspective, the on-going pandemic has been an inevitable influence on all things including the gender gap. The report also points out that in all probability, the pandemic will push back the overcoming of the gender gap even further.

Countries with more patriarchal societies at the bottom

The degree of concern only increases in parts of the report that explore the indexes on a country-wise basis.

It is dreadful to realise that the gender gaps in some countries are wide enough to bring the average to a 68% despite some countries doing quite well, which include Iceland, Finland, Norway, New Zealand and Sweden who make up the top 5.

This pushes us to ask the question of disparity. The report ranks countries from least to widest gender gaps. To me, the order was not very surprising. In fact, these numbers give more weight to the arguments about intersectional identities.

While the Nordic countries, countries in Europe and America find themselves at the top, South and West Asia are the poorest performing regions- only to show the different extents of internalised patriarchy in different parts of the world.

The gaps in health, employment, education and politics are only end results of many pre-cursors. The continued levels of inequality have resulted in different legalities and norms that have taken women out of the picture. This strengthens the argument of why feminism must address the differences within women- there must be consideration and space for different races, ethnicities, castes and sexualities.

As mentioned earlier, the 4 key dimensions in the report are education, health, economic/labour participation and political empowerment, and they make very clear statements about the status in each part of the world.

To take the example of India, the numbers collected clearly display the most prevalent issues. The poor health index reflects the rate of female foeticide and education index marks the marginal number of girls attaining primary education.

Globally, the trends have pointed to different conclusions in each dimension. In the case of economic participation, there is variance among different parts of the world. In South Asia, while the number remains quite low, there has been an improvement. In countries like India, the prevalence of unpaid labour performed by women is a large factor. These countries usually are big examples of household systems with unequal division of housework.

In the case of education, the larger picture displays fewer differences between countries. However, our part of the world (South Asia), the gap has in fact worsened. The report very clearly points out that while more women in the world are involved in secondary and tertiary education, primary schools lack female attendance. Women’s illiteracy is a more common occurrence in South Asia and Sub-Saharan Africa.  Adding to the overall low rate of literacy, these regions also provide compromised lives to girl children.

The index of health and survival has mostly remained stagnant except some parts of Asia that have shown improvement. Here again, many pre-cursors influence the numbers- the prevalence of female foeticide, infanticide, iron deficiency and compromised pre-natal care to name some.

Where are the women in the public sphere?

While these are the wider trends in most indexes, the most disparate numbers appear in the case of political empowerment. While the under-representation of women in politics is an epidemic of sorts, the matter has been less discussed until now.

The numbers in the report reminded me of the set of pictures that recently became popular. Titled ‘What Politics Looks Like When You Delete Men From The Photos’, the series removed all men from images of parliaments around the world to leave only the women – which led to “eerily empty rooms” with just one or two women in each room. While there are great examples of Indira Gandhi or Margaret Thatcher, it is worrying that these are one of the few we know.

This index of political empowerment has experienced a lowering of 2.4 percentage points. This does not come as a surprise when women candidates are routinely belittled by opposing men while the media decides to focus on their bodies, appearances and personal lives.

Closer to home, the fight for parliamentary representation and the influence of women in Panchayats continues while women politicians are asked to “wear bermudas”. When laws and norms are inherently sexist, the need for women behind big tables only increases.

The wide gaps such as the one in politics makes one realise that behind the remaining 32% of the gender gap are individual women. Each number under the percentage marks a face, mind and body that the world has classified as ‘lesser’. 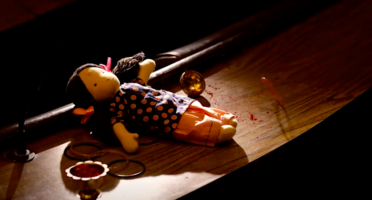