A small group of us read Priyanka Dubey’s No Nation for Women, handholding each other through a realisation of the horror of reality for most Indian women.

A small group of us read Priyanka Dubey’s No Nation for Women, handholding each other through a realisation of the horror of reality for most Indian women.

In a time of toxic and negative online groups, it is invigorating to come across a book group where sexism, racism, casteism and all the destructive isms are completely frowned upon, making room for inspiring and uplifting discussions about books, and immediate action is taken against trolls.

When the book reading and discussion were announced in October 2020, I was excited and immediately on-board, because I knew if I could make time for it, I would only learn a thing or two about the things I truly value, and it proved to be just that.

We read ‘No Nation for Women’ by Priyanka Dubey.

Not an easy read

Priyanka’s work has been recognized through several national and international awards including the 2015 Knight International Journalism Award, the Kurt Schork Award in International Journalism, and Ramnath Goenka Award for Excellence in Indian Journalism. This book gives us an understanding of how this country may have failed its women through 13 chapters of non-fiction stories on human trafficking, political rapes, child abuse, corrective rape, caste violence and more.

This book is not an easy read. At the outset, the book was very triggering. Some members chose to fast-track the reading process as a defence mechanism, and some, like me, took a break after every chapter.

Not only was it difficult for me to speed read because of the pain each story caused, it was also a cautious decision to slow read, re-read, and respect the nuances unique to each story. I required a lot of emotional support from my partner and friends to help me get through the book. Some of my friends suggested that I quit the book and instead read something ‘positive’ that would cheer me up.

That was when I realised that even though it is important to take breaks from the depressing reality around the world, we can’t bury our heads in the sand and believe everything is copacetic, because let’s face it, it is not. There were a few gloomy realisations when I noticed common patterns that kept repeating in all the stories, like financially backward victims, rich and culprit men, apathetic police, societal stigma and perfunctory rehabilitation.

One of the interesting parts about the book reading event was the discussions on its event page, where readers were encouraged to talk about the book, seek support, and share their experiences and opinions. There were a wide variety of themes that where discussed about the subject matter, be it the title of the book, sensitivity of the author on field, victim rehabilitation etc. I can’t stress enough on the importance of these discussions, especially when the topic is this heavy and requires external support to cope with the experience.

I was elated to learn that some of the members and the admins of the group were able to arrange a zoom chat with the author.

Within the first few minutes, it was very evident that she is passionate about gender issues. In the duration of one and half hours, she practically touched upon all the important aspects of the subject in a nuanced manner. On journalism, she spoke about the sensationalisation of news, entitlement of reporters, insensitivity towards victims’ privacy for a story, lack of ethics and consent seeking, and how gender reporting is always deprioritised against political reporting.

One surprising thing she mentioned about Indian media is that the coverage of an incident that is geographically closer to metro cities often turns out to be better than the cases that occur in deep rural areas, which get lost and are never covered by main-stream media unless powerful stakeholders are involved and it becomes a high-profile case.

She gave a beautiful analogy comparing our situation to an iceberg. The on-ground reality is so jarring and brutal that for reformation, we would have to climb miles in order to reach level zero and much further to move upwards. She also added that insensitivity and ruthlessness within the police force is a big contributor to a non-conducive environment.

A connect with the author

At an individual level, she came across as an empathetic person who loves to work on ground with people who she referred to as ‘the Real India’.

Priyanka was a young woman in her early twenties when she started working on the book and was very forthright about the impact this book has had on her mental health and how it has altered her as a person. She believes that we need more literature, fiction and poetry on gender issues. We need to raise hell till it becomes heaven. She advises that forgiveness, compassion and empathy are the key elements to inculcate in our lives in our attempt to make a lasting impact as equality enthusiasts.

I could connect with Priyanka on so many personal levels. Like her, even I started working at the age of sixteen years to support my education. Reading books was always frowned upon while I grew up, and hence I started reading very late in life. I am practically the only woman in my extended family who had the desire to do something with my life instead of getting married in her early twenties and completed my masters to support my career. I also had to put up a really good fight to be financially independent and get out of the regressive environment. And lastly, my mother has always been a rock and a support system in her own way.

There was one fraction of our interaction with the author that was dispirited – Trolls! Imagine this – there were hoax IDs created by people, including women, to use the chat link to obstruct and play havoc on a productive discussion.

Despite their attempts, I loved the way the admins handled the situation; not only did they act straight away by creating a fresh zoom link, but we also had a good laugh before resuming the discourse, calling them what they were – Patriarchal Trolls.

I think, the best way to address any social justice issue is to document the hard facts and the same goes with rape. Timely, detailed and skilled documentation is a must to aid legal processes, provide justice to the victim and family by holding the culprit accountable, ensure proper rehabilitation of the victim, and also to simply run riot against the issue. It is important to accept these books and actually read them, not only to understand the extent of violence against women, but also the societal stigma associated with it and how it impacts the lives of people.

If you would like to pick up a copy of No Nation for Women by Priyanka Dubey, use our affiliate links at Amazon India, and at Amazon US.

Dinky Chhabria is a Director operations at Scroll.in, a digital news publication. She is outdoorsy at heart and loves- road-trips, adventure sports, yoga, food trails, treks and to visit jungles. She also secretly read more... 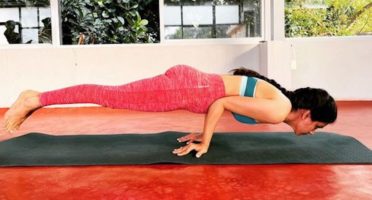