This new NSO report (National Statistical Office) confirms that Indian women do most unpaid labour at home (including emotional labour) while many also do paid work.

This new NSO report (National Statistical Office) confirms that Indian women do most unpaid labour at home (including emotional labour) while many also do paid work.

While it is not new information that women take up a larger share of domestic work across India, there is now in-depth empirical evidence for the same.

A new NSO report (by the National Statistical Office) confirms that women engage more in unpaid domestic services compared to men. While at large, the numbers are more when it comes to the female population, the report also draws conclusions about the domestic workload for women in rural and urban areas and across different age groups.

If you can sit back at a dining table while someone serves you food, picks up your cutlery and washes your dishes, you are in all probability, the privileged sex.

As prescribed by patriarchy, most Indian households allocate domestic activities to the woman. While men may choose whether or not to clean and cook, for women, the responsibility is a given.

The keyword being ‘choice’, unpaid domestic work weighs women down whether or not they decide take up a job. This explains why 81% women across Indian households perform domestic activities compared to the mere 26% of men.

Will This SC Ruling Be A Stepping Stone To Indians Valuing Women’s Work In The Home? 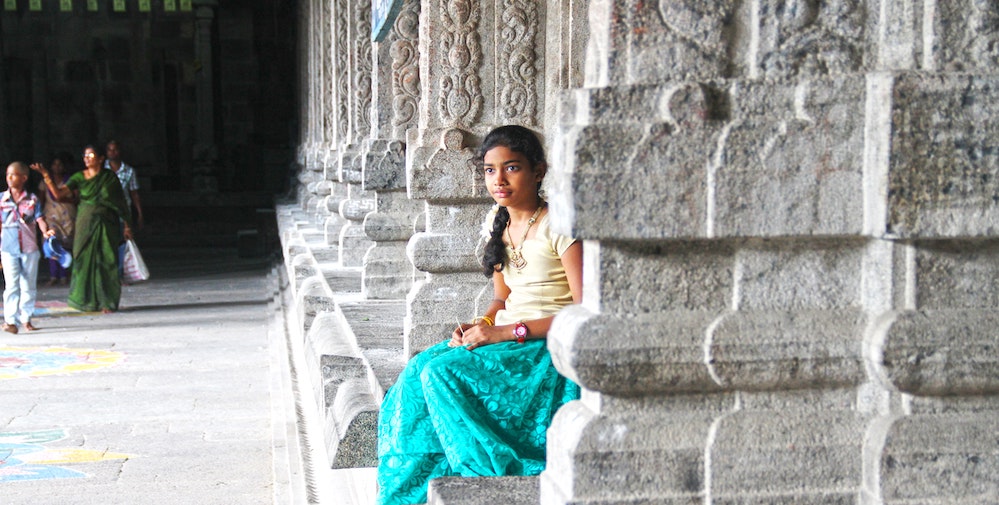 The report exhibits the time dedicated by men and women to domestic chores and other activities. The latter includes other work, education, socialisation or even taking care of themselves. Drawing from the report, Indian women spend 19.5% of a day’s time on unpaid domestic work. In stark contrast, men dedicate only 2.5% of the day to this.

Why is ‘family man’ a term? Because for the male sex, time spent on activities related to the family and household is apparently an added bonus to their personality.

Yes, there is a term ‘career oriented woman’, but these are not always said in a positive light. Within the setting of an Indian household, time spent by a woman on anything beyond domestic work, taking care of a child, and other care work is traditionally taboo.

This reflects in the numbers. The average Indian woman spends at least 4 hours of the day on these activities compared to the 19 minutes spent by men.

In this case, age is no barrier

As a young girl, you are more likely to be asked to wash dishes, clean the house or cook a meal. After the wife or the mother, next in line for these responsibilities is the daughter.

Young women are more likely to help with house work, or to be expected to do these jobs in the absence of an older woman. The report by the National Statistical Office bases the report on anyone over the age of six. While it may seem like that is too young, misogyny trickles down to women of all ages.

The report also found that the amount of work done by women reduces significantly after the age of 60. A few minutes of viewing a Hindi serial can give you the answer to why that is. The daughters-in-law, who fall between the ages of early twenties to the late forties, tend to be the most overworked individuals in the house.

Besides cleaning the house, cooking, taking care of the children and possibly handling a career, these women have to also take care of the older people in the house. I view it as a patriarchal transfer of responsibilities across women of different generations. After all, saas bhi kabhi bahu thi.

However another significant reason for women working less after 60 could be the increased participation amongst men. Men, at this age, begin to participate more in household chores.

Do rural women have it worse?

A social issue such as the unequal division of labour cannot be separated from other factors such as class or caste. As we move down the class hierarchy, patriarchy seeps in deeper. A lower class or caste would automatically mean less educated people and more regressive mind-sets. 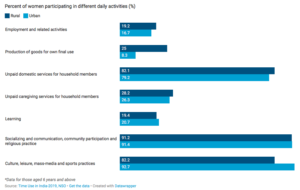 In line with this, women tend to have a larger burden of domestic chores in rural areas. This can also be connected to lesser amenities and machinery. Women in villages in most cases will have to work with no vacuums, microwaves or washing machines which amounts to the 375 minutes these women spend on chores, as compared to the 317 minutes per day urban women do. From cities to villages, the physical labour is only an upward graph.

However, the 317 minutes spent by women of urban areas on these activities is also no marker of modernity.

While it was already known that the division of household labour has been unequal, we now have numbers to prove it. When will society get out of its misogynistic rut? It was only yesterday that I read a blog post titled “The Sunday when my father cooked”, because a man’s performed share of domestic activity is almost celebrated.

Murthy Sir, Did You Forget The Reality Of Indian Women’s Lives When Proposing A 60 Hr Work Week?

Coronavirus is the threat that the entire world is facing right now. It has hit all the sectors of life. The most affected is the health and the economy. In response to the economy slow down Infosys co-founder NR Narayana Murthy shared his thoughts in an interview with ET Now. 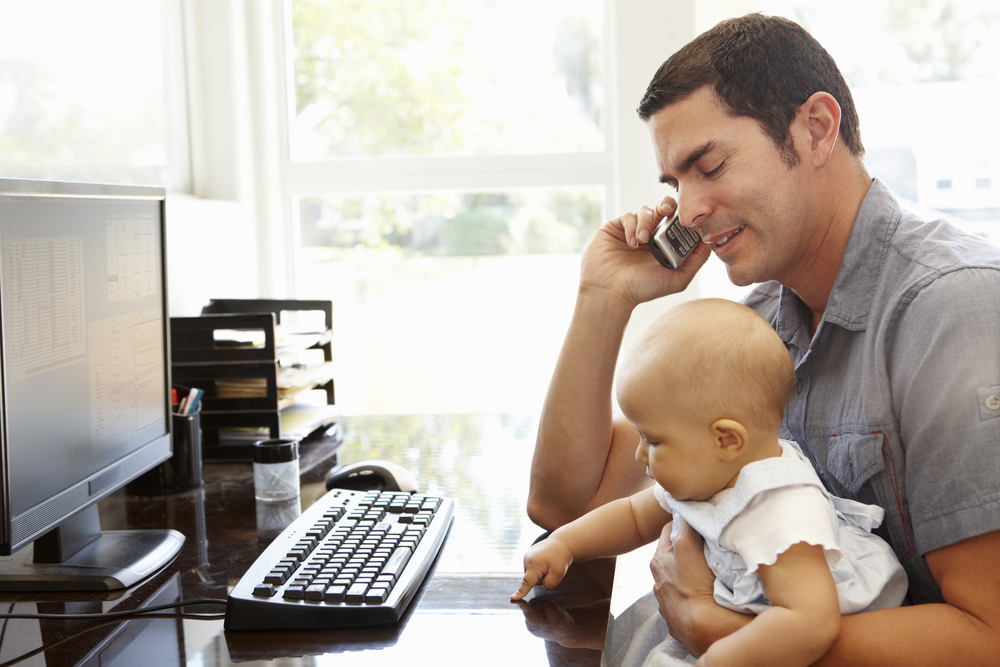 In 2015, Mark Zuckerberg, founder and CEO of Facebook Inc, made it to the headlines once again, when he declared taking two months of paternity leave after his daughter’s birth. Zuckerberg’s decision was seen as significant across the corporate world globally, for two main reasons. First, it came as a strong statement on importance of family life, from one of the busiest and most powerful executives in the present world; and second, Zuckerberg’s decision was unusual among high-level tech executives, especially men.

Balancing the requirements and responsibilities of work and life has been a much discussed issue in the context of working women across the world. But when it comes to similar issues faced by their male counterparts, the discourse is disappointingly silent. The silence is even more frustrating in the context of India.