Women are taught to be wary in public spaces, since their childhood. Can we ever have access to these public spaces?

Women are taught to be wary in public spaces, since their childhood. Can we ever have access to these public spaces?

Whom does the public space belong to?

By definition, public spaces are spaces that do not belong to a singular person or community. These spaces are generally assumed to be accessible to every citizen despite their gender, caste, class, age, and disability. Public spaces include; streets, public toilets, modes of public transport, and recreational areas such as markets, and parks.

In the co-authored book titled ‘Why Loiter? Women and Risk on Mumbai Streets,’ three female authors explain that one specific generalised characteristic of gendered space can be observed across time and location. One which often excludes women.

They write, “This exclusion operates in complex ways so that different women have differential access to public space. Older women may have greater access than younger women. Women may have access to certain public spaces in the daytime but not at night.” 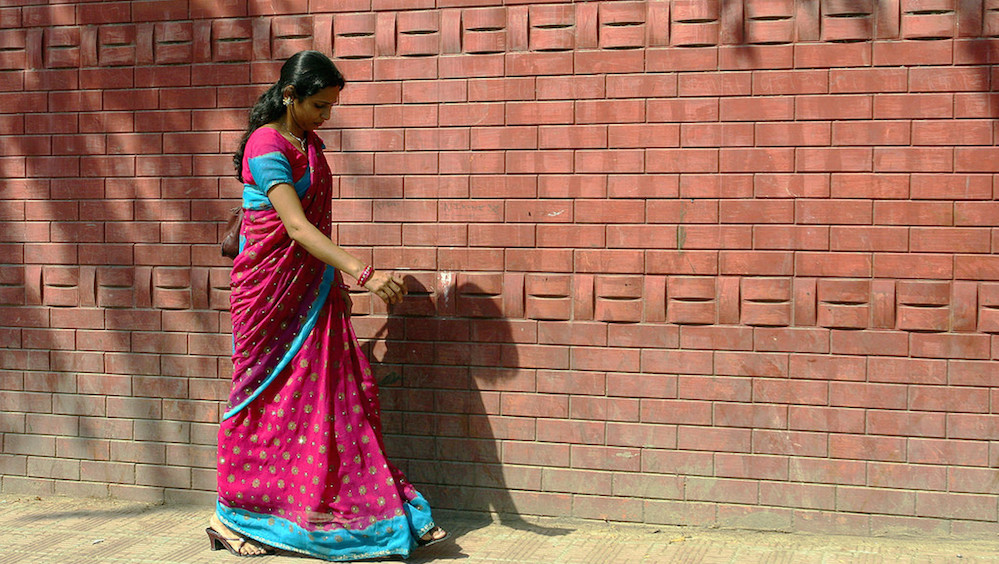 “Why Was She Walking Outside In The Night?” On Women & Gendered Spaces 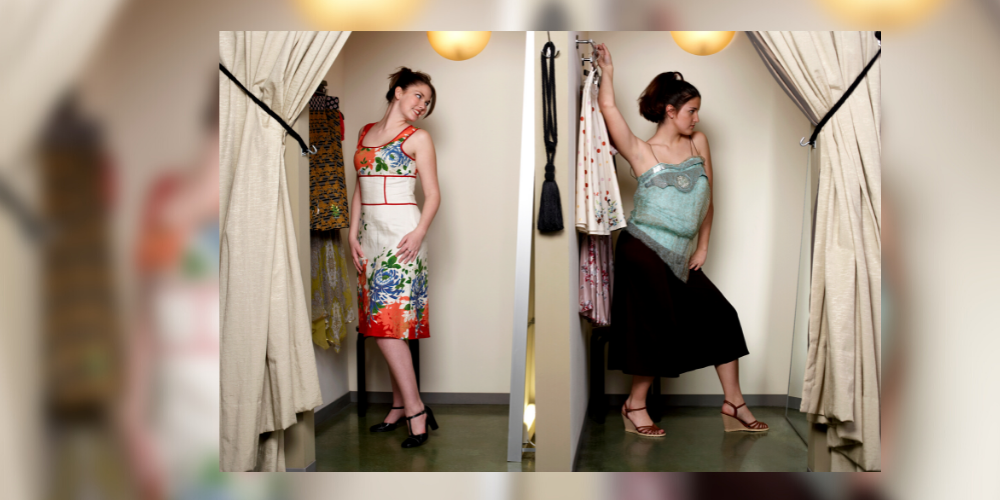 Are Trial Rooms Really As Private As We Think Them To Be? Will They Survive Post COVID?

They were attacked for wearing a sports bra in public

Let’s explore this idea with a recent example. One September morning, in a park in Bengaluru, twenty-two-year-old actresses Samyuktha Hegde and two of her female friends were exercising with hoola-hoops. At this point, middle-aged woman, Kavitha Reddy attacks them with her internalised patriarchal moral policing skills.

She accuses them of doing a ‘Nanga-naach’ (naked dance) because Samyuktha was wearing a sports bra. And that was how a morning hula hoop exercising activity transformed into a publically charged trial for those three women.

In this case, the social location of the women involved also matters. They are not your usual neighbours. This raises the question about the socially constructed hierarchies of upper-caste, upper-class women. If these women face such verbal, mental and sexual harassment in a park, what about the women and girls who are not even allowed or have limited access to public spaces?

This is a classic example of what we call ‘women as gatekeepers of patriarchy.‘ An older woman asserting her moral views on younger women on how they should be when in a public space. Don’t we see this kind of sexism all around us? How men are free to walk around in their undergarments at home and even public places. But a girl from the same house isn’t even allowed to wear shorts because there are men in the house.

Another thing to be noted is that the incident happened early in the morning. Had the same women been exercising in the evening or at night, they would definitely have been blamed for setting a wrong example for other women. Or they’d have been blamed for men raping women.

Samyuktha went live during the incident and later uploaded the sixteen-minute-long video on her Instagram profile. She can be heard continuously saying it whatever was happening to them was so wrong.

Now imagine the same scenario but with three young men who were exercising in their shorts. No one would’ve bothered to call them out or accused them of doing a ‘nanga-naach.’ Does this not show how the term nanga-naach is a sexist term? It’s a term often used to shame women for wearing clothes that reveal any amount of skin, with the exception of sarees.

Shamelessness is instilled in girls since a young age and roots inside our houses (a private space) and takes a monstrous shape in public areas. This reminds me of a book I read a few days ago, Fearless Freedom. Here the author Kavita Krishnan writes, ‘Shamelessness is a quality that women should embrace with pride.’

Was the apology enough?

Coming back to Samyuktha’s story, watching the ongoing moral-policing, a man also joins in and starts accusing the three women of taking drugs. But take a pause here, where did this ‘drug-taking’ propaganda of an actress taking drugs come from?

Well, it comes from our mainstream media channels. These are the same channels who for the last few months portrayed Rhea Chakraborty as someone who was a part of the drug mafia. The man accusing the women was speaking the language borrowed from news channels.

On 6th September, Kavitha Reddy issued an apology where she writes, ‘I have always stood against moral policing and no one has the right to tell a woman what to wear and how to behave.’

But remember the incident wasn’t an accident. Had she been standing against moral policing, she may not have been aware of her actions. And this wasn’t just an act of moral policing, it was physical harassment too as she had hit one of the three women.

Now after all this, I have a question for Kavitha Reddy. If you stand by the belief that no one has the right to tell a woman who to wear and how to behave, what were you trying to prove with your violent policing skills?

Is this what women need to do in public spaces now?

So, if you are a woman who is planning to visit a park nearby, here is a checklist for you:

Keep your phone handy, in case you are physically attacked for exercising.

Inform your family and friends beforehand that you are going to a nearby park for exercising.

Or simply, just don’t be a woman trying to access the public spaces.

I am a postgraduate in Education with a specialization in Early Childhood Care and Education, from the School of Education Studies, Ambedkar University Delhi. My research interest is understanding gender issues in education. I love read more... 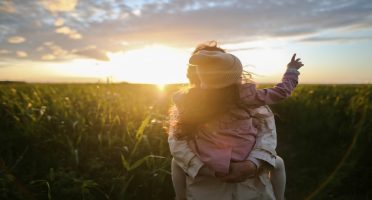 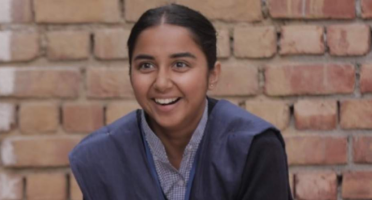 7 Women Encourage Women To Reclaim Public Spaces: This Is What They Said

We all talk about the safety of women in public places. But what do we do to ensure it? Maybe the answer lies in women reclaiming the public spaces. 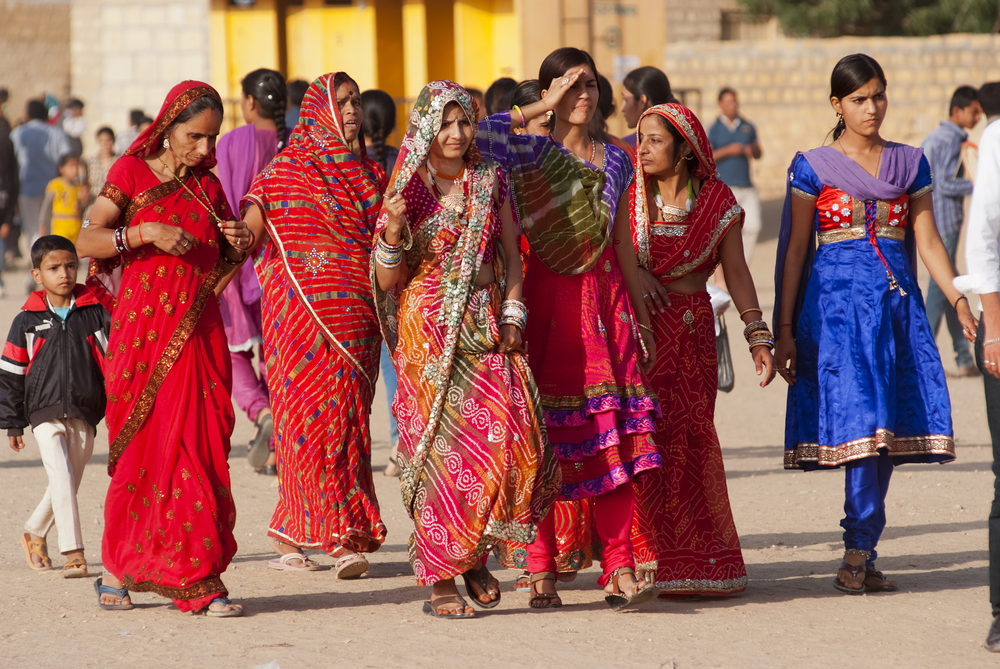 We all talk about the safety of women in public places. But what do we do to ensure it? Maybe the answer lies in women reclaiming the public spaces.

We talk about women’s safety in public spaces. And to keep a woman safe we ask her to keep away from the public spaces and ask her to stay at home. The fear of the other is instilled since childhood. But won’t public spaces be really safe, if it has more women in it.

Last week we put up this picture, and asked our readers to share their stories of reclaiming public spaces.

Women across India have been part of the protests against the Citizenship Amendment Act, but Paromita Bardoloi reports from a special protest - an all-women protest in Assam.

Women across India have been part of the protests against the Citizenship Amendment Act, but Paromita Bardoloi reports from a special protest – an all-women protest in Assam.

It’s a cold December in my town. The sun lies gentle. And each day you can hear the footsteps of women on the streets as they go out on protests. Assam has been protesting against the Citizenship Amendment Act that has been passed by the Rajya Sabha on the 11th of December (and before that by the Lok Sabha).

However there is something very distinct about our protests: the turnout of female protesters is almost as much as as male protestors.