Marriage Is Not JUST About ‘Adjusting,’ It Is Also About Answering Some Difficult Questions

The dynamics of each relationship are different. So questioning our choices about other people, even questioning it with our own past selves, is useless.

The dynamics of each relationship, are different. So questioning our choices about other people, but even questioning it with our own past selves, is useless.

With the lockdown going on in full-force, I am alone at home for more than the past 40 days. And this has me glued to several series and movies. I am spending twice the time watching them and thinking about them. And here are two movies and a web series that made me wonder a lot about marriage- Marriage Story, Thappad and Little Things Season Three.

While the premise of all three is totally different from one another, they are connected by the common thread of marriage. Whether it is the beginning of one of the most difficult relationships, sustaining it or coming out of it, if need be, these three, make you wonder.

What’s interesting here is how the movie begins. Charlie and Nicole, the lead couple, are writing good things and the things they value about one another. And when they grow apart and start talking about their differences, we see it through a prism and get a balanced view.

I wasn’t irritated with Charlie, instead I empathised with him and thought, “Yes, you should have done that. Moved to LA when it was possible.” And when he realised his mistakes later on, some part of me wanted the couple to work on it and move on so they could cherish the sweet things they said earlier. At the same time, some part of me also wanted Nicole to live and redeem the life lost.

It is a wonderful movie with stories of almost ten couples. But here I want to talk about Amrita’s parents, Sachin and Sandhya. He always calls his wife ‘Sandhya-ji.’ As a habit, he makes tea for her and himself. He respects and values her. It is evident throughout the film.

And he is the only man in the movie for whom the slap wasn’t even remotely acceptable. That comes from the fact that he is believes he is doing the right things all the time in his life, especially with Sandhya Ji. But is he?

Sandhya points out how that’s not always the case. She doesn’t complain or criticise but just points how it is and how it should be to make things work.

Dhruv and Kavya’s life seems realistic with all their modern age problems of long distance, work-life balance and missing our origins. However, once you take a deeper look, you realise it almost looks like a utopian idea.

Despite all their differences, they are the ideal couple who respect and give each other complete space at all times. They talk to one another about their differences and have a self-check every now and then, before getting things on track.

Now all this makes me wonder, even if we do find such a perfect partner, will life be a smooth sailing? They have to give up their time together for career progression or other wishes. If they continue the same, years will pass by the time they settle in the same place. Or it might just not happen at all. That’s the unique ness of their relationship right? Grow and let the other grow too.

In Marriage Story, what if Nicole put her foot down and moved to LA, instead of choosing to give it up for the family sanctity? Maybe then, Charlie would have realised how important it was for her and he may have worked on it. On the other hand, it could also have led to their separation right then, but she would have gotten the due platform and recognition of her talent.

If Sandhya, from Thappad, had expressed her interest in her talent, rather than suppressing it, Sachin would have encouraged her. And it may have have helped her realise that despite pursuing her interest, her life was the same. Maybe she wouldn’t have had regrets.

What if Kavya and Dhruv stayed back and made a family? Would they have enjoyed it or resented the glitches in the career? What’s the guarantee both of them feel the same? May be one of them is happy and the other isn’t! What if they settle together and one feels happy about the progress while the other feels sad about the missed time?

There are no easy answers and no one will ever know what the other option will be like. Neither can we can’t go back and reverse the decisions.

There is a scene in Thappad when Amrita asks her father whether she is making a mistake. He says “We only do what we think is right. You’ll know later if you are wrong.” That is so true. Nobody willingly makes wrong choices.

The choices in marriage are never simple. Right from deciding whether to get married or not; whether he or she is the person; to having kids or not, none of it is easy.

Also, there are no references. The dynamics of each relationship, are different. So questioning our choices about other people, but even questioning it with our own past selves, is useless.

Only common solution in the never ending marriage conundrum seems to be this- Take the choice that truly seems right to us that particular point of time. Later don’t compare it with the other options you had at that point. Even when you realise your choice ended up not yielding the result expected, make the next choice and move on. There is no other way around. 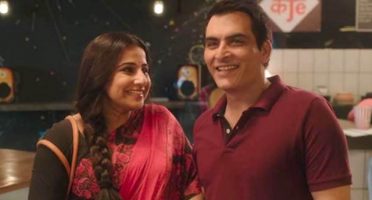 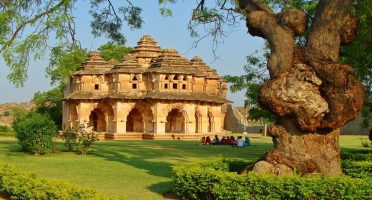 My Visit To Hampi