Thappad reminded me of feminist fathers and how society defeats them everyday.

Thappad reminded me of feminist fathers and how society defeats them everyday.

After many missed opportunities, I was finally able to watch Thappad. 46 minutes into the film and what struck me and has since remained with me were these words by Jayant, Amrita’s father, “Hum log toh strong log hain na beta…” (“We are strong people, isn’t it, my child?”)

So who are these ‘hum log’/we in this emotionally charged one-liner?

But the reason why Jayant’s reassuring message to his daughter, Amrita stuck with me is personal. Jayant, a mild-mannered urban middle class man is a quintessential image of an Indian father except that unlike many Indian fathers, Jayant does not succumb to the gender bias but treats his daughter just as fairly as he does to his son.

These feminist fathers do exist, but…

Jayant’s portraiture is neither familiar nor overfamiliar. But fathers like Jayant do exist.

They are among those who take pride in their daughter’s achievements, teach them the art of debate, oratory, deliberation. They encourage their children – be they sons or daughters to learn music, art, even the ballet or the kathak while at school. In that gender-neutral way of life, they teach their daughters that reaching heights is possible, that desires and dreams come through by the dint of hard work alone, that there are no prices to be paid, no apologies to be made ‘to be’ and ‘to become’.

And then one day, the fathers like Jayant – they who taught the essence of feminism, of equalism, of humanism succumb to the hegemony of patriarchal values that they have all their lives been fighting against.

The rise and fall of this feminist, equalist, humanist is a reality in many Indian households. Raise ‘them’ as cosmopolitans, as gender-neutral, teach ‘them’ the essence of equality but what can a father do to make sure that his cosmopolitan, feminist daughter is treated with equality and respect at her workplace? What can he do to ensure that her late night commute to home is safe? How can he safeguard the dignity of his daughter when she is exhibited, her inside-out commodified ready to be marketed in the marriage business? How can he boost her morale when patriarchy marginalises her to the point of her invisibilisation?

The ‘hum log’ in Sinha’s film may be laden with many subtexts, but what ‘they’ remind me are fathers like Jayant who are stripped off their values and principles by repeated blows from a hegemonically toxic society. The only good news here is that while the toxicity weakens them to the point of their symbolic death, their legacy in the form of their daughters take up the baton to remedy social evils.

As a child and a fierce feminist, I used to love branding myself as my ‘mother’s daughter’. Looking back today, I can proudly say that I grew up to understand and respect the meanings of feminism, equalism and humanism because of my father. 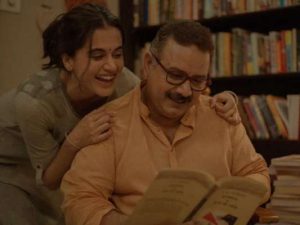 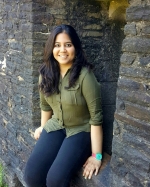