The new Surrogacy Bill may potentially let (only) widowed or divorced women avail surrogacy but only from a ‘close relative.’ Two steps forward, one step back?

On Wednesday, February 5, 2020, a select committee of the Rajya Sabha recommended that a single Indian woman, either widow or divorcee, may be allowed to avail surrogacy. These women have to be in the age-group of 35- 45 years and should be Persons of Indian Origin (PIO).

The committee examined this new Surrogacy (Regulation) Bill, 2019, and submitted a report to the Upper House on the same day. In their report, they stated, “There are conditions under which a single person genuinely needs to avail surrogacy as an option to have a child. One such situation is a young age widow, who is otherwise capable but cannot carry a child because of fear of social stigma attached to pregnancy of widows in the society.”

In 2019, the Lok Sabha passed the Surrogacy (Regulation) Bill, 2019. This Bill seeks to put a complete ban on commercial surrogacy contracted by either foreign or Indian couples. However, an altruistic surrogacy through a close relative of the couple is allowed.

What is an altruistic surrogacy?

The proposed law does not put a blanket ban on surrogacy. It allows an altruistic surrogacy. The intending couple only has to bear the medical and insurance expenses of the surrogate mother. Any other remuneration or payment in cash or kind is prohibited. This type of surrogacy is allowed only for Indian citizens and not foreigners.

Who are the intending parents?

The proposed law opened the option of altruistic surrogacy only for a legally married couple- a man above 21 years and woman above 18 years. This, thus, closes doors for homosexual couples, unmarried, divorced, widowed or single citizens.

The Bill seems to be reinforcing the patriarchal social norms by emphasising on heterosexual marriages. This provision also contradicts the Juvenile Justice (Care and Protection of Children) Act, 2015. Adoption by single persons is permitted under the Act.

Surrogacy, under the new surrogacy Bill is available only to a man and woman who have been married for five years and have been certified infertile by a District Medical Board. The Board may also give a green light in case of any other diseases which are to be specified by regulations. As for the wait period of five years, that comes with no reasonable explanations.

Intending parents and eligibility according to the new surrogacy bill

The intending couple also needs an order on parentage and custody issues from the court of Judicial Magistrate First Class.

They also need to insure the surrogate mother for a period of 16 months– covering the postpartum delivery complications. This is a welcome move in the Bill.

Along with this, the intending parents also need an eligibility certificate from an authority to be appointed under this law. The eligibility certificate needs to specify that the applicant wife is between 23 to 50 years while the husband is between 26 to 55 years of age. It also needs to state that they have been married for five years and are citizens of India. The third thing it needs to state is that the couple has no other surviving children- either biological, adopted or surrogate.

Surrogacy is not as acceptable as it seems

What’s more, the proposed law favours biologically begotten children over surrogacy. Surrogacy is the least acceptable method of reproduction. In case, a couple already has a child, the law bars them from opting for surrogacy. The only exception it has to this is the child has any mental or physical disorder or a life-threatening disease. This exception questions the moral basis of the law.

The Bill provides extensive checks and balances and many eligibility criteria. It leaves rules and regulations to be framed by government authorities. In its attempt to formalise surrogacy, the law has left out important principles of accountability and review. There is no procedure for appeals in against the non-issuance of infertility certificate from District Medical Board.

Intending couple not to abandon the child

The law strictly prohibits abandonment of the child born through surrogacy for any reasons whatsoever. Such child shall be deemed as legitimate biological child of the intending couple.

Although the new surrogacy Bill prescribes punishment in this regard yet it provides no alternative arrangement for such abandonment where both the parents die before the birth of child.

Surrogate mother according to the new surrogacy bill

Surrogate mother should be certified as a married woman between 25-35 years of age. She should be a close relative of the intending couple and should already have a child of her own. The woman can provide her own gametes for the process and can act as a surrogate mother only once in her life. She needs to provide a certificate of her medical and psychological fitness too.

The concerned medical practitioner needs to explain the entire procedure to the woman before taking her informed consent in writing. She does have the option to withdraw her consent before the implantation.

Nowhere does the Bill define the term ‘close relative.’ Does this include blood relative or relative through marriage? This is bound to create difficulties if left undecided by the law.

Problems with the new Bill

Here, law is problematic in three regards. First- if the surrogate mother is a close blood relative and provides her own gametes, it can result in genetic defects in the child. Secondly, restricting surrogacy to a close relative still leaves room for coercion. The lowly position of the women within the family, instances of domestic violence, monetary incentives and threats by the couple are not considered in the Bill.

Thirdly, one is forced to consider is the real intent of the law is to remove surrogacy, indirectly, instead of keeping it open. Today, when families are pushing their own decisions, and restricting to the one child norm, one wonders if a woman would voluntarily agree to become a surrogate mother. Especially for purely altruistic reasons?

Surrogacy through registered clinics and doctors

The entire process of surrogacy is now legally regulated. Only a duly registered clinic and medical practitioner can conduct altruistic surrogacy procedure. The law bans conducting any sex selection procedure in this regard.

Moreover, the decision of aborting the pregnancy has been restricted to surrogate mother as per provisions of Medical Termination of Pregnancy Act, 1971. She cannot be forced by anyone including the intending couple to abort the child. This seems to be a positive provision as it protects the surrogate mother against the previously experienced cases of indecisive nature of intending parents.

Loopholes in the Bill

But there are some loopholes here. The Bill restricts the surrogacy to be only an altruistic one. It also closes the door for the intending couple by banning the storage of human embryos and gametes for surrogacy. This makes the law rather confusing.

Other issues include a thriving underground export-import business of sperms and egg cells for assisting the surrogacy arrangements. Surrogacy, although, emerging from a couple’s fundamental right to have a family (Art. 16, Universal Declaration of Human Rights 1948), led to commercialisation of reproduction. This entails many problems.

In some cases the new surrogacy Bill does make sense

Cheap prices of assisted reproductive methods made developing countries like India a famous surrogacy destination. This attracted all kinds of agents and informal institutions for facilitating arrangements and taking a share of this billion-dollar industry.

Poverty, poor status of women in families, expensive education and unemployment are some of the reasons that force Indian women to be surrogate mothers. This stands especially for the rich (often foreign) infertile couples.

The surrogacy arrangements entered usually suffer from unfavourable terms, less service charges and no insurance coverage for surrogate mother. Some of these arrangements made informally make it unenforceable on the parents who either abandon the arrangement or never return to take the child. In some cases, the parents also refuse to take the new born who is suffering from medical disorders.

Further, medical practitioners point towards the importance of first contact between the baby and biological mother. Immediate taking away of the baby from birth mother can lead to probable medical and emotional complications for both of them.

In such cases, this new surrogacy Bill does make sense.

The case of surrogacy still remains undecided. The new Surrogacy (Regulation) Bill 2019 has made an attempt to rectify the past defects but the attempt is half-hearted. There seems to be almost no rationale for excluding single persons from the ambit of law.

Moreover, the Bill’s lacunae in defining close relative could take it back to the same evil it is trying to evade. The law should look into the possibilities of regularising commercial surrogacy instead of forbidding it. These Bills lacks the will to encourage hopeful parents to go for surrogacy as one of the options.

The Hague Conference on Private International Law has been working to make uniform rules for establishing legal parentage in cases of international surrogacy. And India is also participating in the process. Maybe, the proposed Bill can borrow some solutions from there.

Currently, the Bill has been sent for review to the Select Committee of Rajya Sabha on the above-discussed issues. It is only for us to hope that The Surrogacy (Regulation) Bill, 2019 does not get passed in the present form. 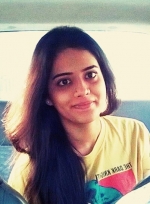 The Sanskaari Surrogacy (Regulations) Bill Privileges Some Parents Over Others