There's more to women than marriage and being an ideal DIL. Society might not support their choices, so we must, and also teach them to face such society on their own terms.

There’s more to women than marriage and being an ideal DIL. Society might not support their choices, so we must, and also teach them to face such society on their own terms.

I’ll tell you a typical Indian household tale. There’s a man and a woman. This couple has 2 kids – the son is about 20 and the daughter 15. Considering their ages, let me assume the father is at least 42, even if he had his son at 22 – could be even older. The wife is a quintessential Indian housewife, who cooks and cooks and cooks, until her in-laws, and any other guests who her husband brings home, have their stomachs full.

When this lady and her 20 year old son went out of station for 3 days, guess who managed the household, including the cooking?

Why would a man cook?

Because, why would a man cook? Why will a man do household chores? It is a ‘female’ job, even if that female is a kid and has a school to attend.

That girl would cook breakfast, put clothes in the washing machine for the maid to continue with the task, make the house clean, and rush to school. She’d come home, make snacks for herself, cook some dinner, and then sit to do homework. Oh wait, who’ll fold the dried clothes and keep them in the cupboards? What should surprise you here apart from myriad things is that, a 15 year old could run a house while this man of 40s can’t clean a thing. Why was she taught to cook a proper meal and he was taught nothing? Why was she made an expert manager at 15 while her dad is a dependent toddler?

What use a girl, otherwise?

As a girl, she is conditioned to believe that cooking is her job, even if heavens fall down. She will believe in all the gender doctrines that say that household chores are on her shoulders. I pity that 15 year old. For when she grows up, she’ll be pampering men who could not care less.

Groomed to be ideal daughters in law

In India, many many girls like this are groomed and coached to be the perfect daughters in law. They are influenced by the wrong ideals of womanhood and independence. They are persuaded that they must burden themselves with the household chores one day or the other. Growing up, they’ll see their Mom coming home from work and scurrying into the kitchen, while their dad complains about how his night dress is not in its place. They’ll imprint in their mind that they must manage the household all alone.

We don’t teach our sons to cook unless they come and ask out of interest. But girls of 12-13 can make chai, 15-16 can cook a meal, so that at 21-22 they impress their husbands and future families.

We raise girls to impress the people around them. First her family, then her community, and as a final test of her womanhood, she is challenged to impress her future in-laws. And what better way to impress Indians than by being a hen-pecked, silenced, masterchef homemaker?

A woman is expected to be flawless in everything.

A homemaker is criticized for not earning.

A working woman is criticised for not cooking and serving her venerable husband and his family.

A woman with kids is criticized for not being a good mother.

A woman without kids is criticized for not giving the family a future heir.

So as to protect our daughters from criticism, we are bent on preparing them for everything. While the son lives life on his terms, the daughter is constantly pestered to learn one thing or the other. So that her future family is impressed by their all-in-one bahu.

It’s time we realised that women are not born for marriage. There’s more to her than “kaun shadi karega iss se” (who will marry her). Did we ever ask our daughters what they like? We must. And the society may not support their choices. We must.

Did we ever teach our sons to atleast fold their own clothes? Did we teach them to use the washing machine and dish washer and coffee maker? We should.

We must raise young boys into men who can contribute to the family, not just financially. We must raise daughters who believe in sharing responsibility and not accepting heaps of it on their own shoulders.

While we can keep talking of gender equality, let us not forget that when we are worried about who’ll marry our daughters, we are shaking the very foundations of that equality. Marriage should not be a performance stage where marks will be awarded to a girl based on what she cooked and how she washed. Also, marriage is not an assurance to a 25-30 year old kid that all his stuff would be taken care of by a robot-woman.

It is high time that both the genders grew up equally. 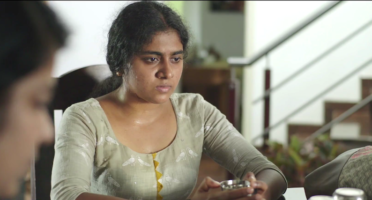 For a country that venerates women as goddesses, India still remains hypocritical in its mind-set towards women. Let’s face it; we are a patriarchal, chauvinistic society that is more often than not doused with unhealthy doses of misogyny.

We are a society where girls are subjugated and expected to behave in certain manners that befit the station that they will ‘one day’ occupy in their matrimonial homes. Boys get a freer rein. The attitude prevalent is – ‘Ladka hai, jaane do’ vis-z-vis ‘Ladki hai, itni chuut mat do. Shaadi ke baad takleef hogi’. (‘Boys will be boys’ vs ‘She is a girl. Don’t give her so much freedom otherwise she will be unable to adjust after marriage.’)