The fact that Johnny Dada murdered three people, including a woman he 'loved', is tragic, but not surprising. After all, cinema has long glorified and normalized such violence in society, intentionally or unintentionally.

The fact that Johnny Dada murdered three people, including a woman he ‘loved’, is tragic, but not surprising. After all, cinema has long glorified and normalized such violence in society, intentionally or unintentionally.

Movie magic, they call it. Cinema, with its powerful visuals, evocative background music, and ability to pull viewers into an embrace, can influence how things play out in real life –for better or worse. If Taare Zameen Par sensitized individuals and organizations to the struggles of children with learning disabilities and caused them to take policy decisions, a lovers’ joint suicide in Ek Duje Ke Liye, prompted many couples to do the same, with one case as recent as 2009.

The recent murders committed by Ashwani Kashyap, aka ‘Johnny Dada’ have once again prompted people to bring up the need for movies to be more socially responsible.

His first two victims, Rahul and Krishna, were the relatives of a local Bharatiya Janata Party (BJP) leader, Bhim Sen, who allegedly humiliated Johnny by stripping and beating him in public. In true Bollywood style, Johnny swore to get ‘revenge’, and he did.

His third victim, was a woman, Nikita, that he was obsessed with. 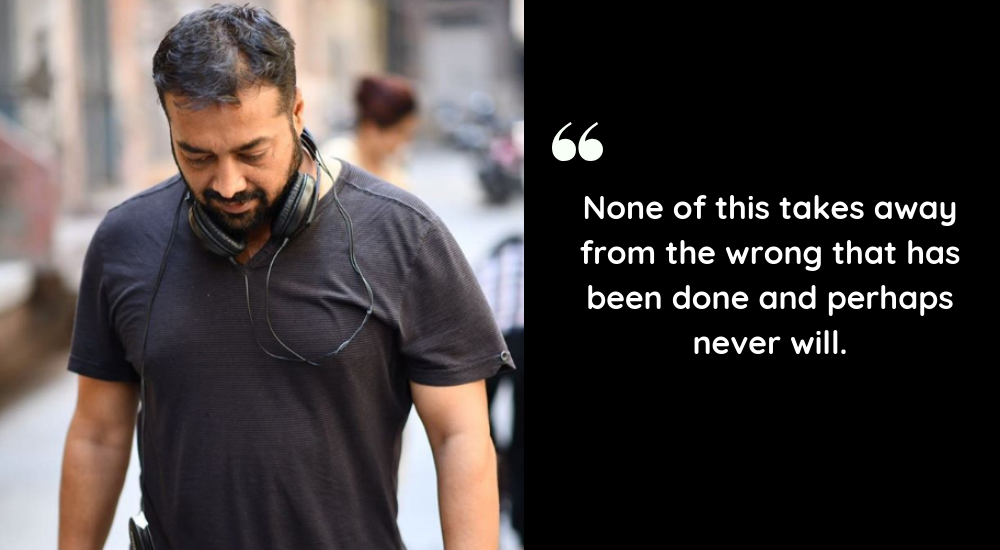 Anurag Kashyap Has Been Late To Stand Up – But The Reality Is, Most Companies Never Do! 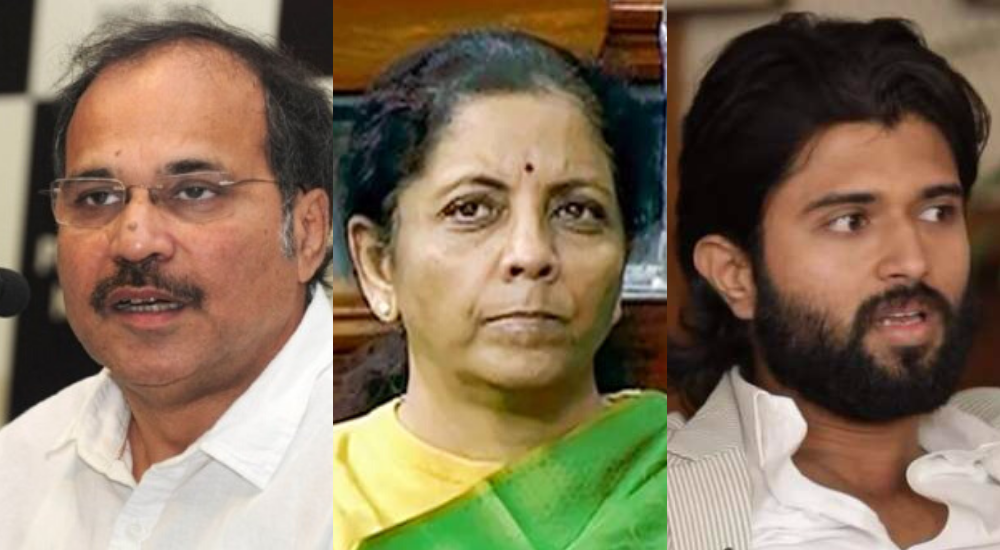 Nirbhaya To “Nirbala” – All Point To Our Country’s Increasing Nirlajja

Johnny had ‘loved’ Nikita since childhood, and believed himself to be in a relationship with her from 2002 to 2017 – a narrative that is disputed by her family, who say that the ‘relationship’ was a product of his imagination. When he found out that Nikita was engaged to be married to someone else, he shot her.

This happens everywhere – why is this case significant?

The reason why this case is unique, is because of the rare cases that provides direct links between a movie, and crime against women. Johnny would often post images of actor Shahid Kapoor from Kabir Singh and in one video, he even warned, “Jo mera nahi ho sakta, use kisi aur ke hone ka mauka nahi doonga (The one who cannot be mine, I will not give her the opportunity be someone else’s either).” Another obvious influence of movies on Johnny Dada is his unhealthy co-dependence on his mother –another cultural trait that is boosted by movies that glorify ‘motherhood’.

To me, this incident brought to mind a 2012 case, in which a Chennai boy killed his schoolteacher after being inspired by Hrithik Roshan starrer, Agneepath.

In these two cases, the influence is clear. For most cases however, the influence is invisible, but it exists nevertheless. As Sowmya Rajendran points out in this incisive article, “more often than not, and especially in India, films rarely challenge mainstream ideas and norms. Instead, they reiterate and magnify these sociocultural values repeatedly through the popular actors whom the public loves and trusts. Patriarchy is not only normalised on screen, it is celebrated in a hero-centric narrative which barely offers other perspectives or experiences any space.”

Sandeep Reddy Vanga, the director of Kabir Singh, on his part, has responded to this saying, “I feel sorry for the girl and her family. It is unfortunate that people have lost their lives. As filmmakers, we are responsible for our craft and need to consider the repercussions, but never have my films [endorsed] killing anyone. Kabir Singh or even Arjun Reddy [the Telugu original] never [supported] murder.”

Well, duh! I doubt anyone other than a completely psychopathic film maker would explicitly endorse murder in their movie.

The influences are actually much more subtle, and often cumulative, over years of movie making and watching.

The problem is not just one Kabir Singh. The problem is that movies like Kabir Singh have been made over and over, and they act as scaffolding for a culture that normalizes violence against women in the name of love, and lead men to believe that murdering the women they ‘love’ (like Aswini, last year, or Devika, just a few days ago) is not only okay, but is in fact ‘heroic’ as it proves how potent and passionate their ‘love’ is.

There are those who have defended Kabir Singh by saying that his love interest Preeti was an equal and enthusiastic participant, and so it wasn’t abuse.

For me, the fact that she is shown as accepting of his violence and anger management issues is problematic in itself. What Kabir Singh teaches men is bad enough, but do we really want another generation of women believing that abuse and possessiveness equal love?

From my personal experience as a woman, I can say that Bollywood movies did a lot of damage to my own perception of what ‘love’ should be (remember Dilwale Dulhaniya Le Jayenge?) and what I should expect from men and relationships. Unlearning that has been a difficult process. Even yesterday, as I wrote a love story, I found myself unintentionally objectifying one of the female characters, and even though I tried my best to undo that, I expect traces have remained.

Popular media should tell stories of abuse responsibly, not glorify them

There is of course the argument that the reverse could be true as well. That it is not movies that influence crime against women, but reality that finds its way into the silver screen. To which I say, that yes, crimes against women do happen in real life, and yes, these stories must be told. But film makers have a choice on how to tell these stories.

Social responsibility and entertainment value are not mutually exclusive. A Kumbalangi Nights, for instance, told from perspectives other than that of the abuser, makes for a movie that is entertaining as well as socially responsible. Stories like Kabir Singh, if they must be told, must be told as cautionary tales.

Besides, to quote this article that rightly calls Kabir Singh a three-hour dose of Stockholm syndrome, “a film isn’t a news report; it doesn’t just deal in facts, it fictionalises and dramatises them to have an emotional and intellectual effect on the audience. When the film is made well — as in the case of Kabir Singh — the effect is to encourage the audience to empathise with violence. By using music, words, lighting, costume, and a host of other artistic disciplines to facilitate a happy ending for a story like Kabir Singh’s, the filmmaker advocates, even if unwittingly, the idea that physical and verbal abuse are acceptable in a relationship as long as there is love, that cruelty and selfishness can be forgiven for mental acuity and brash transparency. That too in front of an audience that has for decades allowed film tropes to steer their lifestyles and beliefs, even when they justify cruelty, corruption, rape, and murder.”

We have had too many Kabir Singhs. In reel life and in real, and I for one, am exhausted by them.

The Aadai trailer was released a few days back, and is an intriguing look at Amala Paul's new movie that promises some brilliant acting. Do check it out.

The Aadai trailer was released a few days back, and is an intriguing look at Amala Paul’s new movie that promises some brilliant acting. Do check it out.

Indian cinema has many women stars, and have given them a prominence from time to time, but the stardom of male superstars and the way they are received by the general public is really a challenge for women who want to rise up!

Inspite of this, we have actors in many of our regional languages who try their level best to choose movies based on the script! 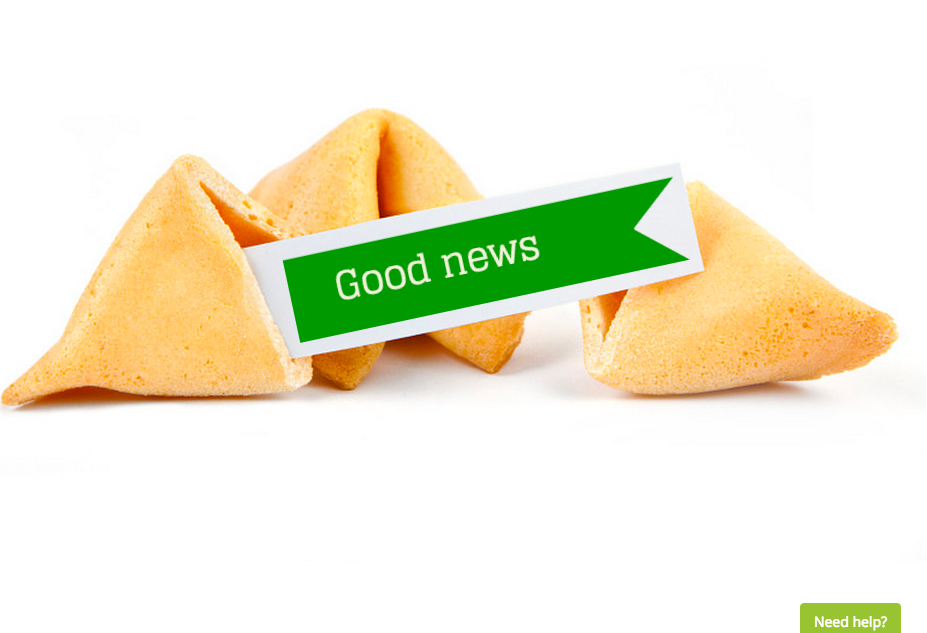 Have you ever realized that what you hear, see and perceive over a period of time, becomes either your perception of the world or your worst fears?

Just take a test of the five questions listed below: