Women, learn to say no to ‘office housework’ – not only does it rob you of your valuable time, it also perpetuates stereotypes about women.

In the company I used to work at, we used to celebrate monthly birthdays.

In the evening, we’d all gather in the terrace. The peon would keep the cake on the table, and 4-5 girls from the staff would help in opening the cake box, arranging plates and spoons for everyone, and then cutting the cake into pieces.

I noticed this for a few months, until I announced that from next month, boys will take rounds in helping too.

In yet another company I joined, my colleague used to take care of the office like she’d take care of her home, to the point that she’d sometimes leave her work and help the maid in cleaning, go for buying office stuff, etc. She never asked the male colleagues to do anything, because apparently, she being a woman, should do all these errands.

Are you doing ‘office housework’?

Did you notice what was going on? That most of the times, it is expected from women to carry out the ‘caring’, thankless tasks at workplaces. These tasks, as defined by research from the Center of WorkLife Law at the University of California, are known as ‘office housework’.

If you answered yes to any of these, you have been doing the office housework, for which you are not even paid, and which don’t help you get your next dream job.

Why should you stop doing this right away?

It creates a gender stereotype loop

Women are conditioned to be more altruistic and ‘nurturing’ than men. Managers often think that women won’t say no to domestic tasks at the workplace and so, would often subconsciously pressurize women to volunteer.

Once you agree for doing these menial tasks, you may be asked to do that again and again. So, a chain forms: Office housework is women’s task > Women are expected to do it > Women do it. This creates a gender-specific stereotype.

You don’t gain anything

As mentioned above, women are ‘expected’ to do these menial jobs, and they do it too. However, the possibility is that if men do the same tasks, with or without being asked, they will be praised and may even be recommended for important projects, bonuses, and so on.

Women, alas, gain nothing in return.

It questions gender equality at work

When we think of gender equality at the workplace, we think about pay gaps, glass ceiling, sexual harassment, and other such issues. But we often forget these domestic tasks which are knowingly or unknowingly been forced upon women.

Stop doing these menial tasks of cleaning up and caring and let men do their share of these tasks too.

It affects your job performance

You are a multi-tasker and you can do this ‘office housework’ along with your actual job?

Good but stop. Really. Whom are you fooling? Just because you don’t mind doing this work doesn’t mean you should. The time that you spend in doing these tasks can be used in performing more meaningful tasks of your actual role. Use your time and efforts wisely.

So, women, learn to say no to the housework at workplace. However, be careful in framing your refusal as it may sometimes backfire too. Also, learn to recognize the opportunities when the actual call for helpful volunteers comes to you. Ultimately, do your best work and seek challenges to grow both personally and professionally. 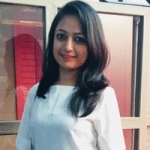 Shruti is a marketer by day and a reader & writer by night. She is

Getting Back To Work After A Baby? Here Are 5 Things You Should Know