Depression isn't just feeling sad- it a very real, very harmful illness, one that fortunately has a way to treat it, if only done on time, and done right.

Depression isn’t just feeling sad- it a very real, very harmful illness, one that fortunately has a way to treat it, if only done on time, and done right.

The online tests confirm it-  I am ‘severely depressed’. However they also diagnose you with brain cancer if you have a headache! So in other words, unreliable.

They do however encourage you to seek professional help but I won’t (can’t) do that so yeah, I am depressed- maybe.

Middle school is an awkward time for most people. There’s acne, braces, weird hair, cliques, and other such fun things but despite that it was, funnily enough, one of the happiest times of my life.

I had a great group of friends, a darling little kitten at home and life was great.

Trying to cope with change

I was miserable, having had to leave my cat behind and as for my friends, they noted down their numbers on a piece of paper for when I decided to ‘join society’ and buy a cellphone (their words not mine).

I held on to that paper like a lifeline, hoping that someday it could restore at least some of my happy life someday. (If you wonder why a high school girl didn’t have a cellphone- well apparently they corrupt you and cause to to become boy crazy. Don’t ask me for the logic behind that- I don’t get it either!)

Then one Saturday morning my mother burst into my room like the US army breaching bin Laden’s compound, her loyal lieutenant, my younger sister, hot on her heels, turning my drawers upside down and inside out. Before I knew it, that paper was in a landfill somewhere, my lifeline ripped away.

Being the ‘good girl’

And thus began my career as an Oscar worthy actress- Fatima Ahmad as The Quiet Girl. It worked like a charm.

All throughout high school nobody found out the truth, that I dread going home each day, that I was losing my appetite and my will to live, that I was breaking apart day by day; and nobody gave a damn.

My grades never suffered, my appearance and behavior never changed. I wasn’t loud, ‘difficult’ or rebellious. In fact the only bad thing my teachers has to say about me was that “she doesn’t participate in class enough”.

The campaign of mental torture and abuse continued for the two years that followed, the details of which are best left unremembered. I don’t know why it was how it was. God knows I tried my best to find out- I asked, begged, pleaded “at least tell me what I’ve done wrong?”

I have been accused of living in the past, clinging to it and the wrongs that were done to me. But the truth is I barely think of the past at all, and when I do it’s clinical, detached, as if it happened to some random stranger instead of me.

Psychologists would call it disassociation- I call it staying sane.

I am in a much better place today both physically and mentally, and yet it’s there always there, at two am at night, in the middle of a long boring English class, suddenly at a party – that dreadful choking hopeless feeling that is depression.

I don’t know – I realize that everything I’ve ever been through is nothing compared to what some people suffer daily. Case in point refugees the disabled, orphans etc.

It makes me wonder sometimes if my past was the cause of my depression or if the little monster was always there waiting patiently for the right time to pounce.

Depression isn’t just feeling sad- it a very real, very harmful illness one that fortunately has a way to treat it, if only done on time, and done right.

When I asked to see a therapist at 16, I was taken to an Indian GP (her nationality is relevant because seriously, India, screw your attitude towards mental health) who didn’t even take the time to talk to a frightened unhappy girl, ask her what was wrong, or even give her some privacy. Instead she spoke to and through my mother, disregarded my fears completely, and lectured me about doing chores.

I implore every parent and guardian of a child or teenager showing signs of depression to please please please get them help, because I really wouldn’t like to see another me in the world. 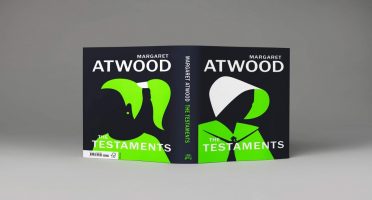