Though today's society is thankfully not that far gone, I think of this every time a woman, especially a powerful woman says that there's no need for feminism and that the concept of female empowerment and independence is an alien and foreign one.

Growing up I was a huge fan of dystopian fiction such as The Hunger Games and Divergent. The badass characters, elements of science fiction and general ‘otherness ‘ appealed to me in a weird way. So when I discovered Margaret Atwood’s The Handmaids Tale, it was like discovering a grown up version of my favorite genre.

The Handmaid’s Tale published in 1985 explores themes of subjugated women in a patriarchal society and the various means by which these women resist and attempt to gain individuality and independence. The book saw a resurrection in popularity after the airing of a Netflix show based on it as well as the election of Donald Trump. I found both the book and the show fascinating and binge watched it in two days.

In 2019 Atwood published a sequel to the Handmaids Tale. Written in the same style as the previous book, The Testaments tells the story of the fall of the oppressive patriarchal regime of Gliead and the sacrifices of the brave daring women who made it possible.

As the first book ended in an open ended and frankly unsatisfactory way, I was curious to see what direction the sequel would take. I bought it on my way home for the winter holidays- a sizable hardcover with an abstract picture of a woman in a Christian headdress on the cover. Multiple people asked if I was reading a religious book but nope- just a novel.

I devoured the 400 page Booker prize winning novel by the light of the airplane reading lamp. It was wonderful to say the least.

The Testaments is written in three intersecting parts: the Audra Hall Holograph which is an account of life in Gilead secretly written by Aunt Lydia in a society where women are forbidden from writing and reading, and witness testimony 369A and 369B which are the stories of two stepsisters on different sides of the regime. In a moving and powerful way Atwood twines the three narratives of three very different women to bring the novel to its thrilling conclusion.

In order to understand the events of the Testaments, it is necessary to have read The Handmaids Tale. Without giving away any spoilers, the handmaids are essentially sex slaves, forced to bear children for infertile couples among the ruling class known as Commanders in Gilead, the totalitarian dystopia the United States had become after being taken over by Christian zealots. The first book tells the story of one of these Handmaids a woman named Offred- yes that means of Fred as they lose even their names in this complete patriarchal society. The sequel meanwhile reveals the fate of her two daughters.

It might seem a bit heavy handed- this allegorical aspect but nowhere does Atwood’s writing seem moralizing or ‘preachy’. The action is fast paced yet detailed, the dialogue engaging and the way she captures the ‘voice ‘ of each character from stoic ex- lawyer Aunt Lydia to pompous Commander Judd to carefree teenager Daisy- each character is carefully crafted and realistic.

After recovering from my jet lag I re read the novel- because it’s not the type that takes just one reading. At first I simply wanted to know ‘what happened next?’ and ‘how does it end?’ But the second time around gave me an opportunity to reflect on how horrifyingly close we are today to a Gileadean society. From the abortion laws of America to an Indian filmmakers disgusting suggestion that women ‘cooperate with their rapists’ every time a woman is devalued, demeaned or seen as nothing more than a vessel for men’s desires we move closer to a society which uses women as breeding stock and nothing more.

Another important lesson from the novel is the necessity of sacrifice. All of the characters sacrifice something- in some cases even their lives for the greater good. Some of Aunt Lydias actions in the first novel- which seem cruel and inhumane- are explained and justified.

Though today’s society is thankfully not that far gone, I think of this every time a woman, especially a powerful woman says that there’s no need for feminism and that the concept of female empowerment and independence is an alien and foreign one. As the writer herself said when asked if she intended her work to be seen as a warning “What does it matter what I fully intended or not? It is a warning.”

All in all The Testaments by Margaret Atwood is a witty fast paced thriller full of unexpected twists and turns. I would recommend it to feminists as well as fans of dystopian novels. 10/10 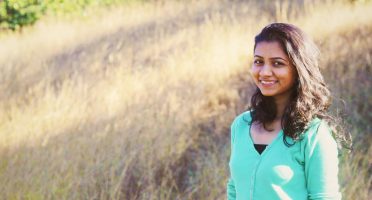